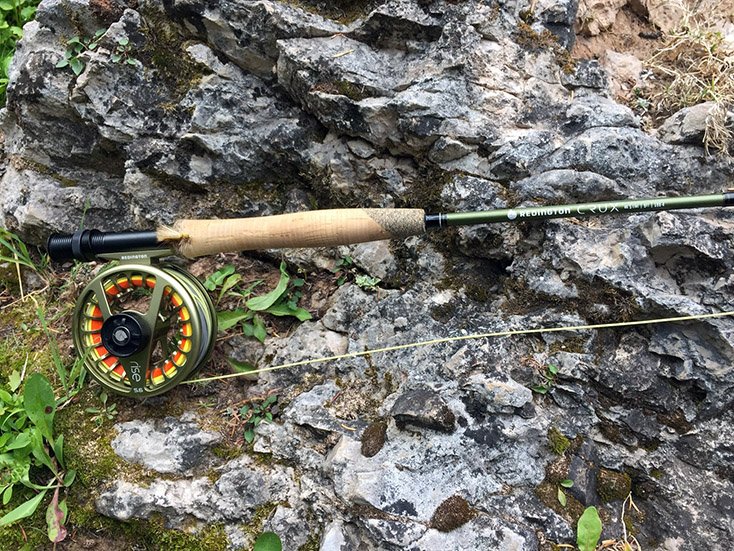 According to Redington, the all-new CRUX is the best rod they’re ever built, and I can’t argue with that. Right out of the box my first impression was this thing is sleek! The premium metallic olive matte finish and the aluminum reel seat really stood out to me, showcasing the care and attention to detail Redington put into this rod.

Itching to get casting I got my Redington Rise reel strung up with the RIO InTouch Gold WF5F line and loaded up to hit the river.

For the rod’s first day on the water, I decided to go fish Flat Creek here in Jackson, Wyoming. It had been at least two weeks since the refuge had opened and the fish were already educated on perfect drifts. A couple bends into my walk I saw a monster feeding on the inside seam line, a tough place to reach from my position. 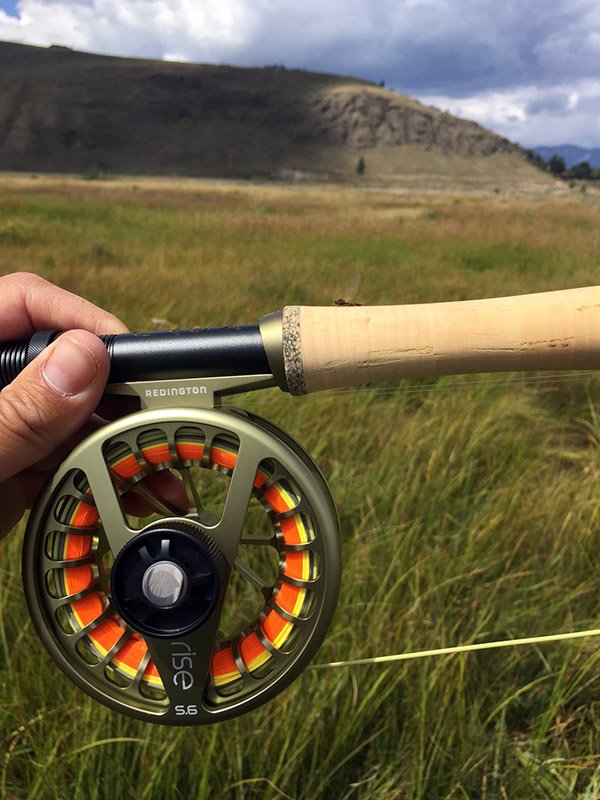 After watching for a while I tried my first cast with the Reddington CRUX. Fast action is right! This thing loaded right away and effortlessly laid down a tight loop with my size 20 BWO pattern. Featuring the new Line Speed Taper, my 20-foot cast was dead on. A slight mend with the new RIO line and I thought I had a pretty good drift going. Nothing. The fly passed right over the uninterested fish. After a few more unfruitful casts I was back to the drawing board. 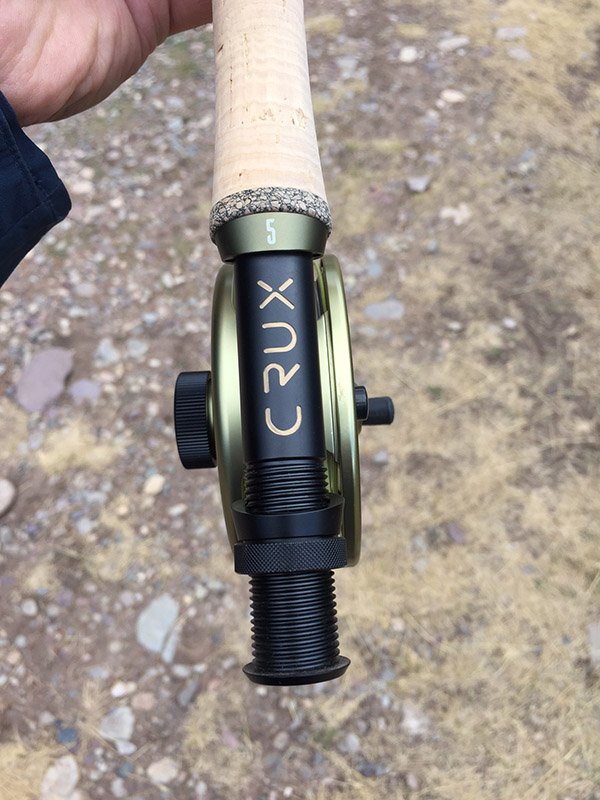 While casting I also really liked the new angled cork design which fit in hand beautifully and without any fatigue. I ended up tying on a smaller green drake pattern and on the second cast, FISH ON! 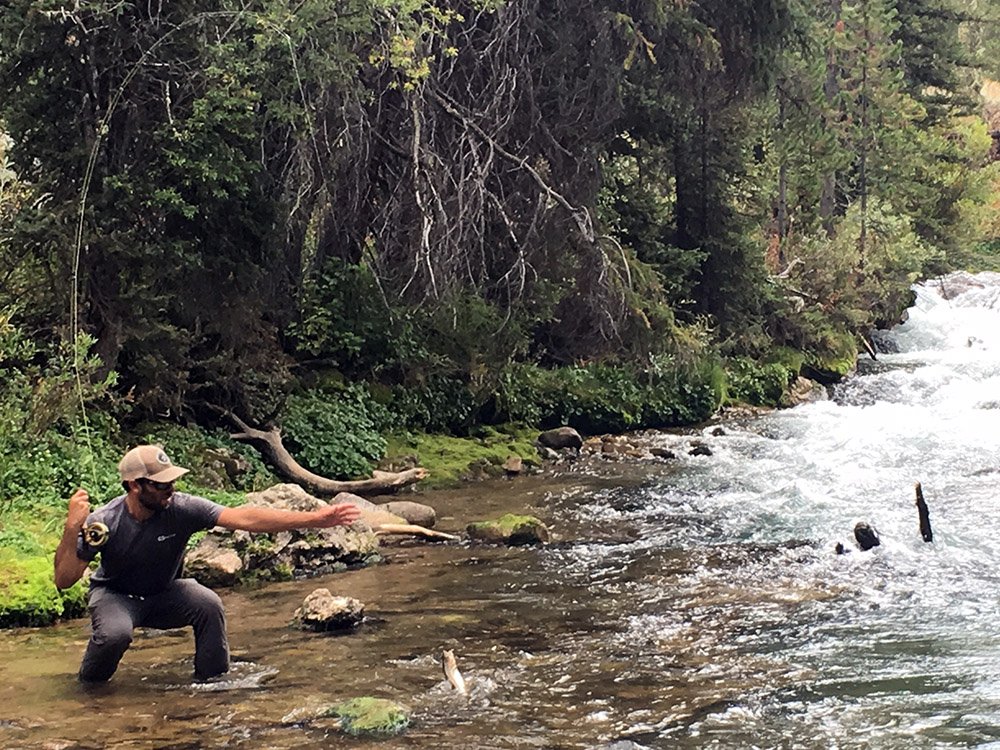 Pretty sweet feeling that brand new rod bend for the first time. This fish ended up running downstream and hiding under the banks for what seemed like 10 minutes before I could land him. The Rise reel was smooth and easy drag adjustments on the oversize knob helped me slow this fish down.

Feeling confident with the whole setup I finally wrestled in and landed this beauty. 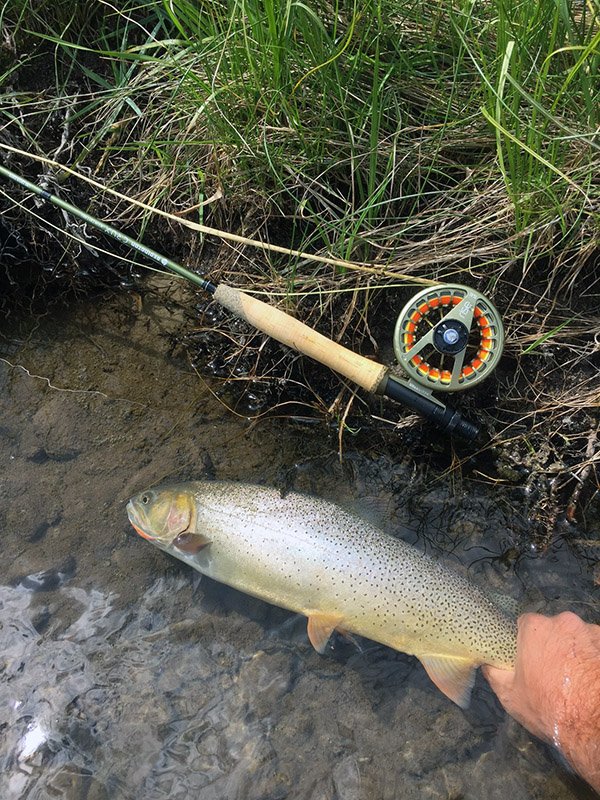 For the next trip, I took this rod up Crystal Creek while wearing my brand new Foot Tractors. On this outing, I got a better idea of the rod’s versatility. On the first few holes no-one was eating on the surface so I tied on a weighted nymph. With this heavier setup, I again noticed the stiffer tip section helping to keep a controlled loop and really punch the rig through the end of the cast. Even got one on a steamer in a deeper pocket. 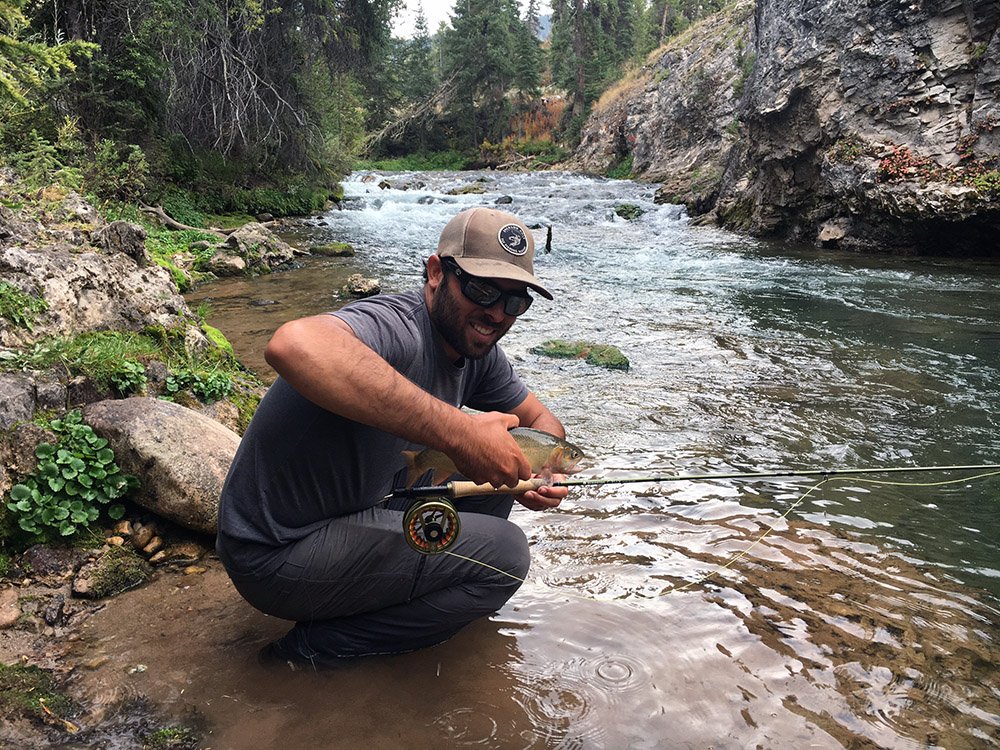 We ended the day at a beautiful hole where there was easily a dozen fish eating on the surface. Short casts and high sticking, as well as long drag free drifts all, landed fish on dries.

Feeling satisfied it was time to hike back to the truck. 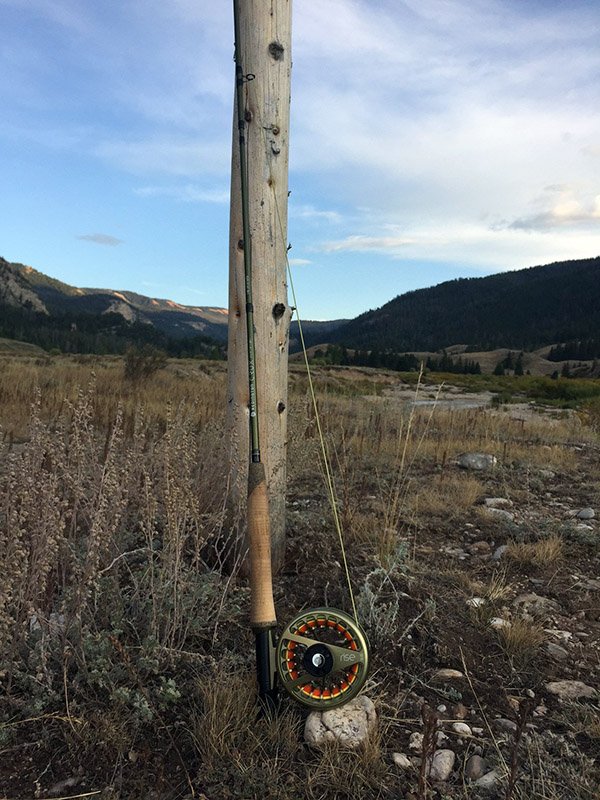 With a lifetime warranty and proven customer service, the Redington CRUX earns the title of my primary trout rod.

Jonah's main fix is the outdoors. He splits his time teaching snowboarding for JHMR and as a fishing guide for Riversong Lodge in Alaska.

Be the first to comment on "Redington CRUX Fly Rod Review"