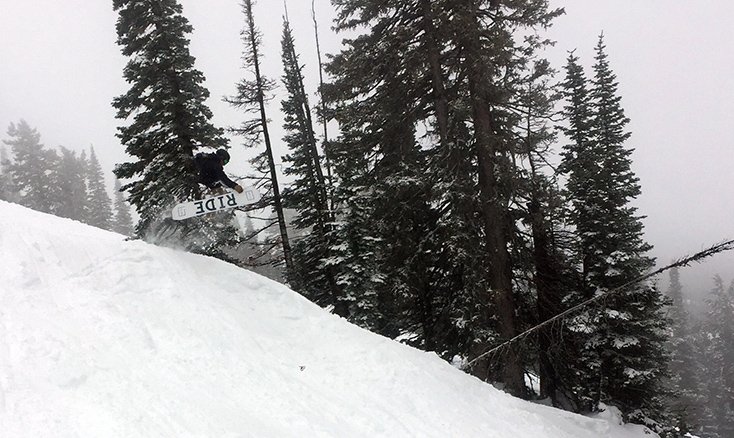 Let’s start with what the Ride Helix Snowboard is not: a big mountain board. Up high, where it went from windboard to wet sticky windload into hard coral chunder, the Helix chattered and refused to put in an edge on steep, near-bulletproof. Not very confidence-building for rowdier lines.

The idea behind asym boards is that, due to the way our bodies work, our heelside turn mechanics are different from toeside and so a heelside edge should be different from the toeside. Of course, this works on a twintip or else a company would have to make goofy and regular boards (which some have done but it’s not a very efficient business model). 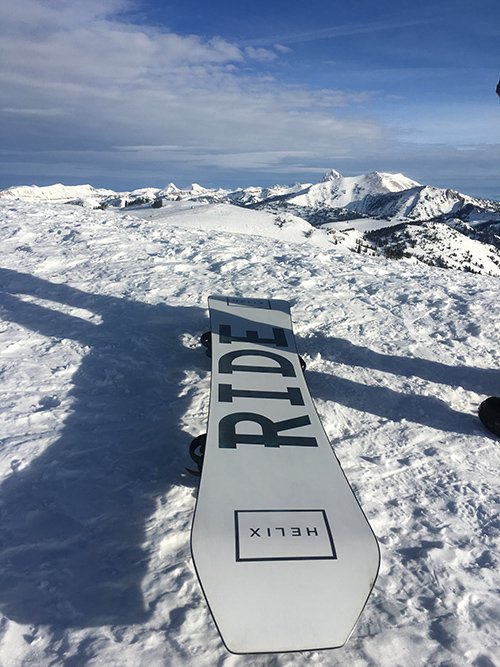 I found heelside turns on the Helix a bit strange at first. I can explain this best through surfing: You learn from a young age to surf backside different from surfing frontside (and the best surfers usually pull away from the pack by being able to rip backside). Along those lines, after spending over 18 years snowboarding, my heelside technique is pretty well set. But my switch heelside isn’t strong, especially since I traded SoCal park rat leanings for Teton peakbagging. With the Ride Helix, I was soon driving it through in reverse like a boss. That’s really the greatest difference with asym: A good rider can become a really good switch rider.

As I said, it struggled a little through some of the iceball crud and boilerplate on a wind-affected ridge. And when I got below the soft pow into wet and sticky Sierra cement (thanks La Nina), it really didn’t have the float. But when I took it in-bounds, man I heard music from the gods.

It holds speed well and I never had to hit the brakes despite my Helix being a good bit shorter than my usual 164 all-mountain beast. It’s a little beefier to butter but that’s why it absorbs drops to flat so well. After a few runs, I was able to figure out the quicker toe-to-heel (thanks to the flatter heelside) and link up freakishly tight turns, no doubt helped out by the power-distributing Carbon Array 3 Laminate. Once you get it dialed, this board turns on a dime, perfect for techy little inbounds shots. In the end, I got the feeling that a year spent riding exclusively on the Helix would change the way you ride, which could ruin you for boards without the asym shape or the twin camber, but if you stayed on the Helix you’d be going bigger, stomping more, sucking the marrow out of in-bounds terrain and killing it switch.

I had a session one-afternoon lapping ungroomed pow fields filled with drops ranging between about 4 and 10 feet and found myself running through all the tricks I’d long ago dialed and forgotten. Sure, by the end of the day my old guy knees felt their age. But the ability to spin, pop, stomp down the hill, all while devouring chunked up (and sometimes untracked) pow at full tilt reminded me why I first left behind the square world of two planks for the fluid world of one. 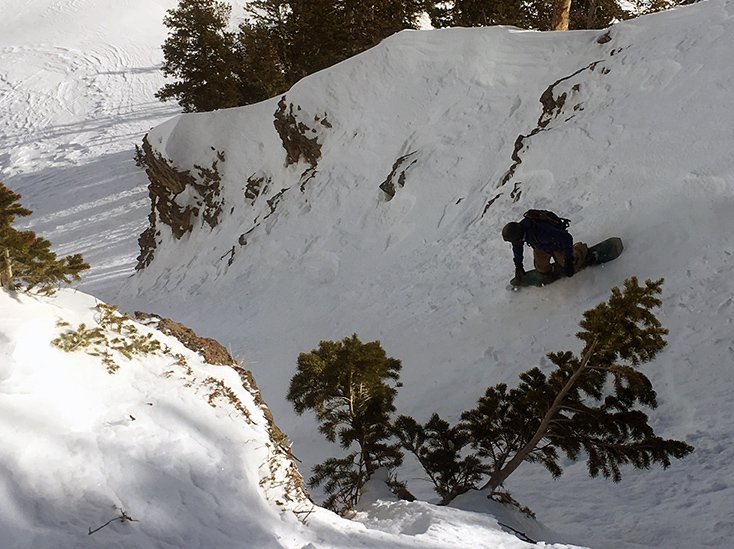 Snowboarding is going downhill on a board and adding some style to spice it up. That’s all.

While other brands try and make it more complicated than that, Ride strips the sport down to its most basic element – fun. You can see that in Ride’s freeride superhero Jake Blauvelt and in their podium-topping ripper Yuki Kadono. That rising sun superfreak (who won Air and Style at the ripe old age of 12, no biggie, and is now just dominating) swears by the Helix and I can see why.

When it comes to stomping, riding switch, shredding soft and soft packed, no board comes close. If you live to add notches to your split-mo belt or perfect your deep pow carve, this probably isn’t the board for you. But if you say yes to every kicker, and find immense joy tweaking methods off a side-hit (and especially if you love to do all of that switch), you owe it to the universe to pick up a big-boy-toy from Ride Snowboards ($509) You can thank me later.

I’ll be the old guy hooting after sticking a front 180 off a cat track.