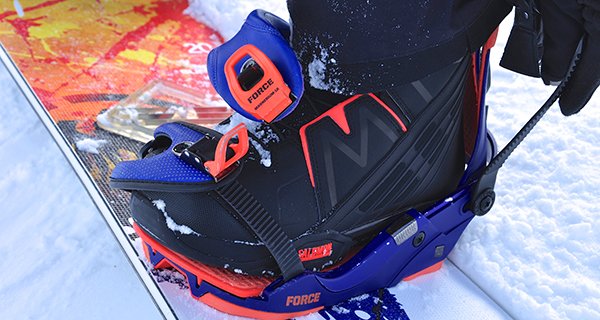 On the hunt for a lighter, tighter and more responsive boot, I tried on a multitude of brands before I was presented the magic slipper that is the Salomon Malamute Snowboard Boots.

The minute the Malamutes hugged my feet, it was obvious I needed them. In all ways, the Malamute is an obviously well-designed, high-quality snowboard boot loaded with rewarding features.

The Salomon Malamute Snowboard Boots offers an integrated heel strap to lock your liner to the sole.
After tightening up the inner lacing system, you simply Velcro the strap down across your ankle to avert any heel slip nonsense. 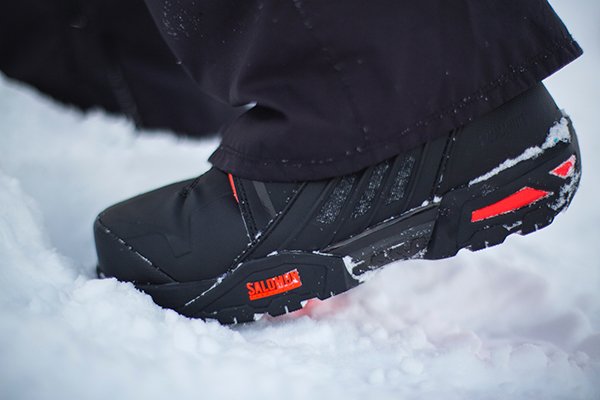 -The footbed is comprised with yummy Ortholite C3 material. This cushion is super comfy, warm and dry, and holds up ride after ride.

-J-bars AKA ankle guards can be extracted from the liner to decrease stiffness or inserted for added support depending on your preference of heel hold.

-The Salomon Malamute Boots Power Lock is a spin on the standard lacing system: slightly more time consuming than some technologies implemented in newer boots, but very effective nonetheless. The Malamutes don anti-catch hooks to ensure your tightening efforts are not lost in the lace-up process and finish with a crisscross lock to ensure your snugness doesn’t wane while riding.

-The HIKE outsole offers grip and flexibility for the best all-mountain ride. 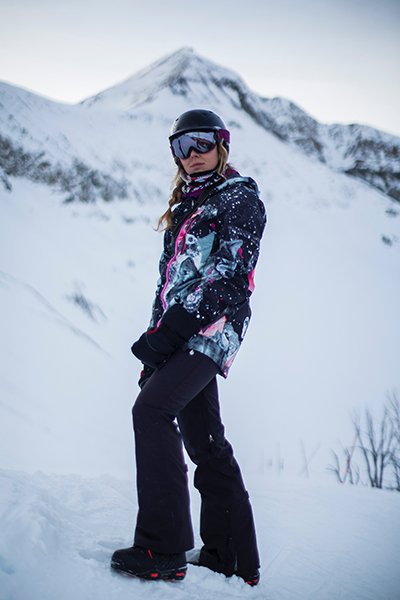 -The Malamute’s flex factor is a 9 out of 10. They are a responsive and stiff fit for more advanced all-mountain riders and freeriders.

-Price-wise, the Malamutes air on the expensive side. In fact, they’re the second most expensive board boot Salomon currently manufactures, sitting at $349.95. But if you’re serious about comfort and proper fit, they’re worth every penny.

-They seem to run large. Normally, I wear an M 9.5, and even while trying on other Salomon boots, I was consistently an M 9.5. However, in the Malamutes, I got down to 8.5. So, this model in particular runs about a size larger than most.

Ultimately, I would recommend the Salomon Malamutes to anybody with an aggressive snowboarding style, a narrow to regular width foot, and a strong aversion to heel lift. After settling into these boots, it’s no wonder why the Salomon Malamute Snowboard Boots ($379.95) have managed to stick around longer than any other boot in the company’s line.

Paisley is a lover of sunshine, good music and fresh air. She currently resides in Big Sky, Montana.

Be the first to comment on "Salomon Malamute Snowboard Boots Review"