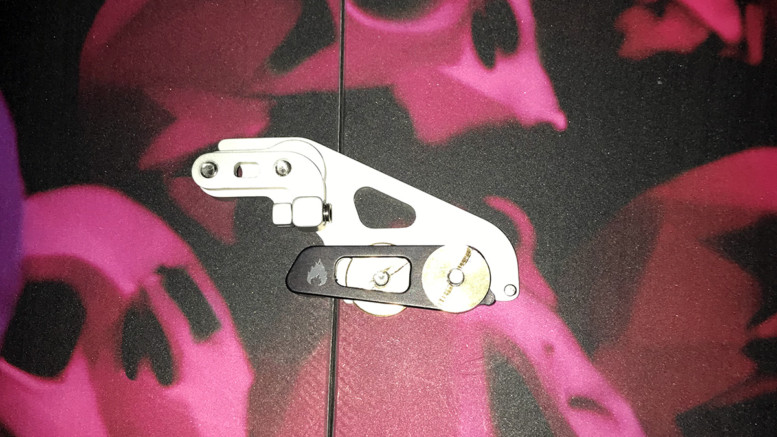 The new Spark Crossbar Clips are a great experiment in applying high technology to simple splitboard solutions, the kind of thing that mechanical genius in your class with too much brains and too much free time would invent. These clips lock in tighter and more assuredly than a succubus’s legs. And they look extra impactful for those of you who geek out on gear, which is, like, every one of us who splitboards. 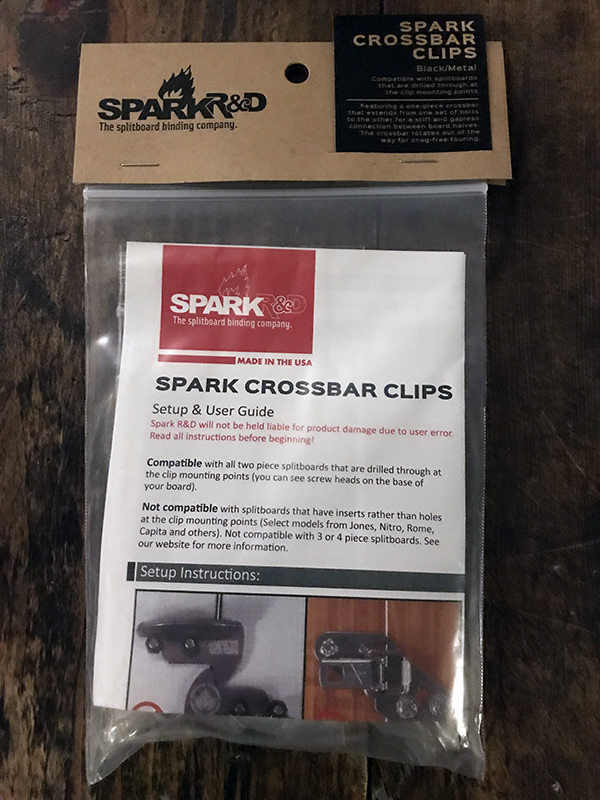 It’s amazing that despite the R&D that’s gone into every other element of splitboards, we’re still using the same cross clips we’ve been using since the beginning of the sport. There’s either that static cross clip setup, where they do little more than ensure one split doesn’t drop too far below the other when turning, or there’s the Karakoram clip that pulls the two halves closer but doesn’t do much else, and doesn’t even necessarily do that gangbusters. Spark Crosbar Clips pull your split together, hold it flat, and unlike the other two options, won’t slide or come undone.

Spark’s Crossbar Clips are a bulletproof guarantee that your split will hold tight, won’t come unclipped and won’t slide. Immediately after mounting them on a board I’d been trying for a while, I felt a performance step-up. This split plank was locked in as close to a solid as a split could be. Even more, I was able to be 100% sure it was clipped tight since you really can’t lock the crossbar without doing so. Spark’s Crossbar Clips are the first step towards ensuring any split can be locked together as solidly as, well, a solid. And they can swing on top of your board when splitting so there’s no hardware overhanging your edges, super helpful for keeping drag down. That is, if you mounted them right. 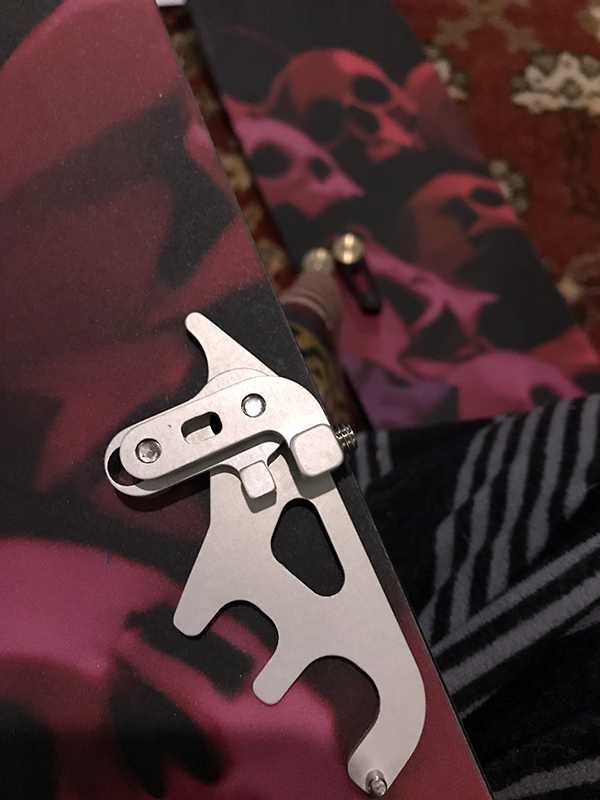 Okay, so your Spark Crossbar Clip kit comes with 2 sets of 2 different types of screws and their differently sized bushings, and there are some spacers and then the actual clip, and you have to ensure that you mount it so that the arms swing easily enough to clip together but aren’t so loose that they just swing around. Even for a guy who spent a few years turning screws in shops, this was a kinda complicated process.

I’m always skeptical of anything with so many moving parts that can ice up and pick up snow. Especially since, obviously, they’re gonna be bigger and heavier than basic splitboard clips.

Do these clips ensure your split stays locked together? Absolutely. Are they basically bombproof? Yup. Is it about time somebody put time, tech and innovation into every aspect of splitboarding, even the clips? Hell yeah. And Spark’s Crossbar Clips ($50.00) do just that. But given the complexity of mounting the clips, their extra weight, and the amount of moving parts involved, I’d call this a step forward but it’s not the end of the road.

1 Comment on "Spark’s Crossbar Clips: A Step Forward, But Not the Final Splitboard Clips You’ll Ever Need."