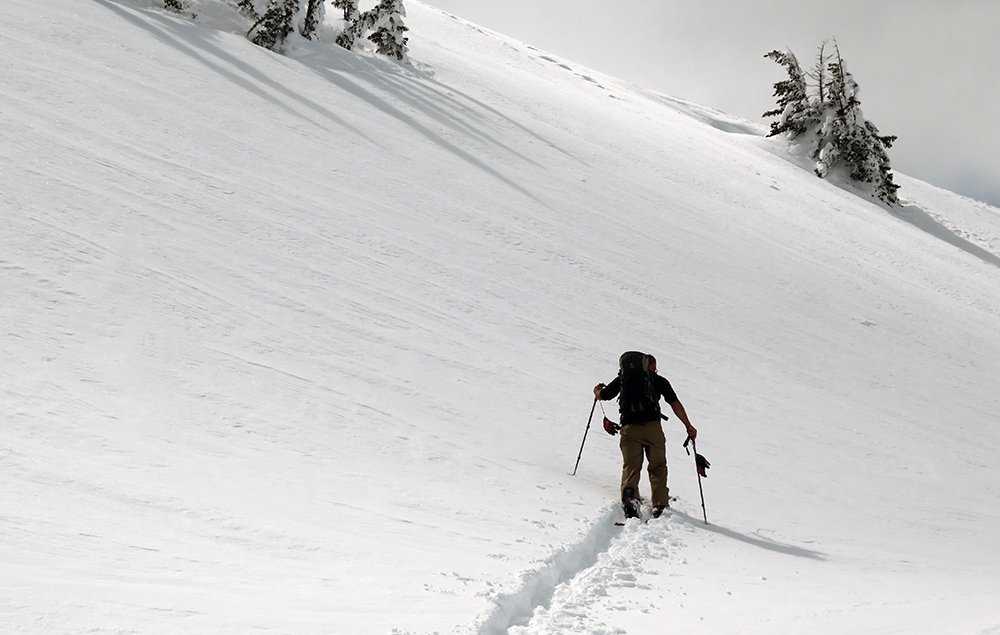 The Weston Big Chief Splitboard cuts like the sharpest hatchet but approaches like a loping fox. A masterful tool, Weston’s board dedicated to the rowdiest riding delivers in all alpine conditions that the brave dare to explore.

Weston’s been around for years but, outside Colorado, not many had been talking about them. And then it seemed like in the last year their splits started drawing attention like a supermodel on underwear ski day, everybody ranting and raving about this up-and-comer. And after my first few days riding Weston’s Big Chief in conditions ranging from icy to mashed potatoes to corn to hot pow to hero pow, wide bowls to steep techy coulies, they warrant all the applause and more. 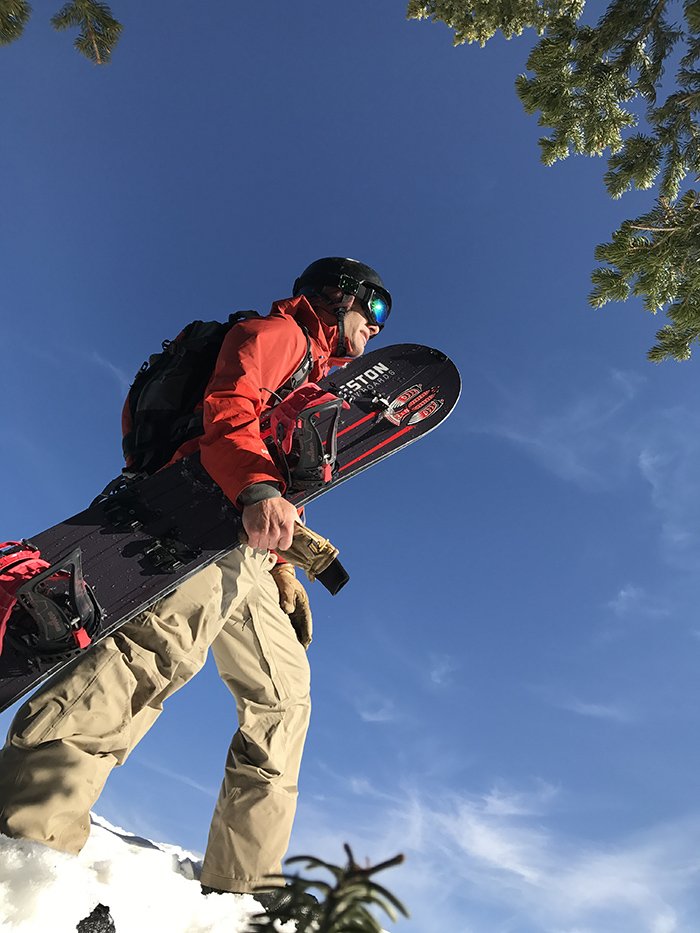 Connected to Your Nerves

A good board takes you downhill. A great board does exactly what you tell it without having to tell it; it simply acts, reacts. The Big Chief is stiff enough to let you power through anything but then it surprises you with how malleable it can be thanks to the rocker-camber-rocker profile. Discovered this on a pow run when I carved up a shot-to-drop like in a dream in some techy chutes.

A good board is tough. When making lines down a couloir high on a Teton late-May-day, it put in some beautiful turns on steep hardpack down from the ridge. Then I triggered a wet slide that sent me cascading over a large rock. The board came up with no dings, no scratches even. 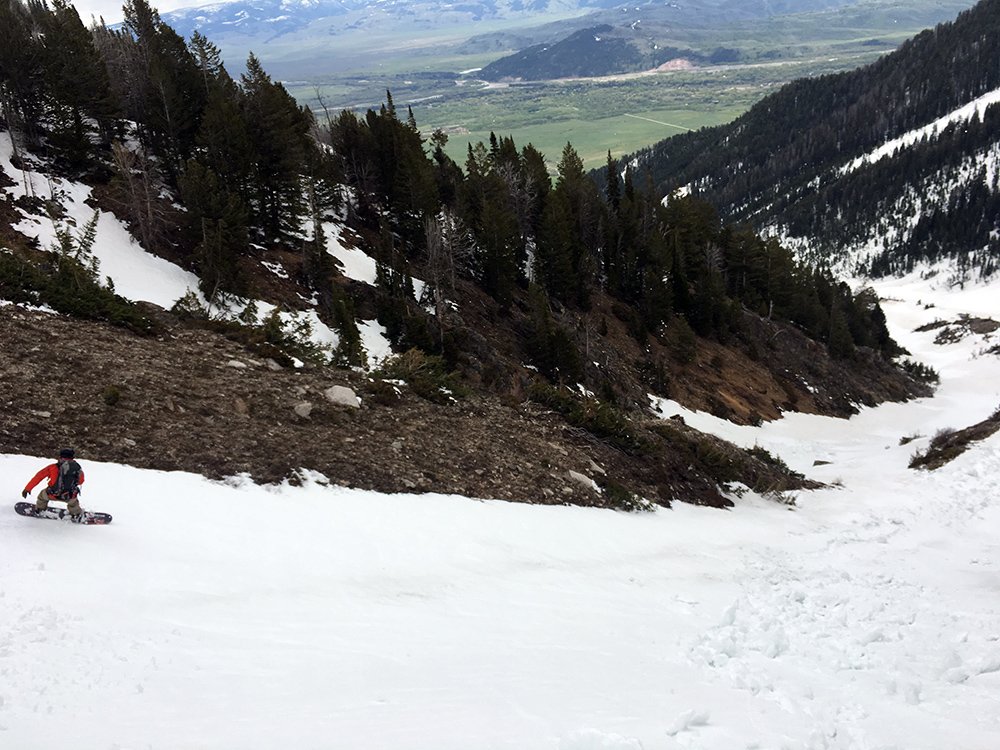 Like any real big mountain board, it’s directional for speed; I took a full-throttle corn harvest up at Teton Pass, minimizing the turns, and it never chattered, never gave a reason to slow down. When it turned to ice, their razor sidewall dug in.

Put simply, it responds directly to the voltage running through your brain.

The thing is, all that power and sturdiness doesn’t make it heavier. The Big Chief I rode was my split size of choice, a 164, but it skinned like something much smaller. Tighter switchbacks and so less energy wasted. Also meant less weight drag, huge because even an extra pound slid uphill for a few hours adds up. And the special nonstick topsheet blew my others away. Not sure if the darker colors (absorbing the sun and so heating up) had something to do with it but whatever the deal, the snow slid off pretty easily, even that one afternoon when thermal madness was turning the pack into hot sour milk. 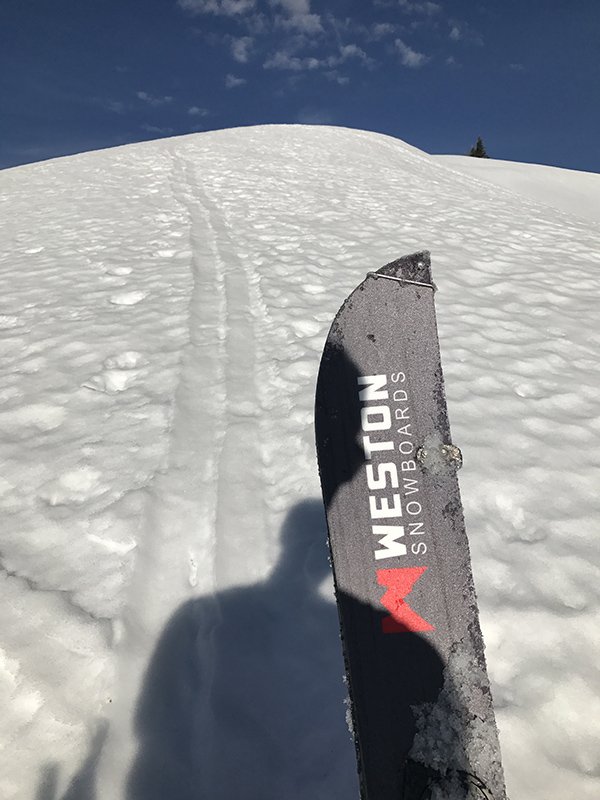 So it powered up like a much lighter, more basic board and flew down with every bit of tricked-out design attention to become a weapon for those looking to push it hardest in the most conditions without sacrificing the fun when those magical hits and pow lines show up. That’s what you want.

Mountaineering and its various tributaries (including my favorite, split-mountaineering) have been called the moral equivalent of war, a battle against one’s self and against the emotionless mother nature that tests the body, mind and soul. Along those lines, the Big Chief is like a massive battle axe, to be wielded only by a great warrior.

After what has been nothing but good experiences on it, The Westin Big Chief has put everybody on notice. In fact, I’m gonna make a bold pronouncement: After a winter of testing various boards from various companies, the crown for best Colorado big mountain board company (which, let’s be honest, is basically the crown for best US big mountain board company) will be sitting atop Weston’s dome soon if it isn’t already.

If you’re ready for the Weston Big Chief Splitboard ($759), there are few lines on the planet the two of you won’t be able to conquer.