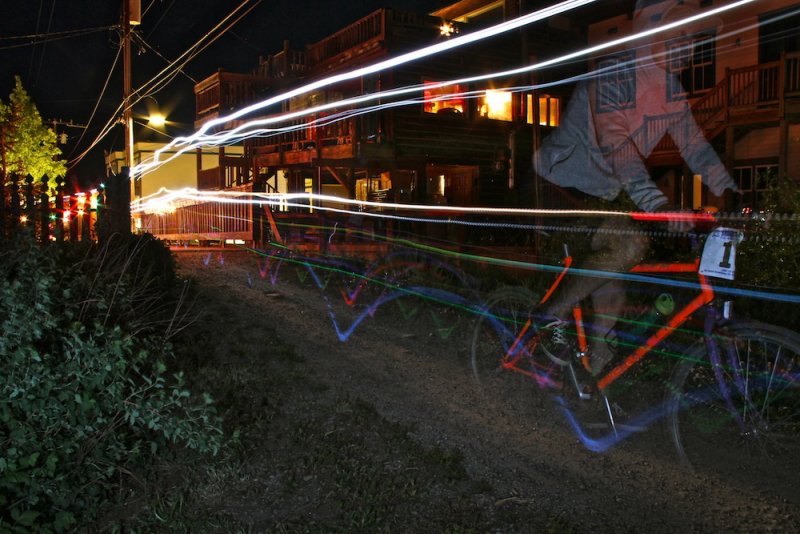 CRESTED BUTTE, CO – I’m still sort of speechless and very tired after riding in this years 24 Hour Townie Tour Bridges of the Butte Bike race and fundraiser to benefit the Adaptive Sports Center. In total I put in 86 miles for 35 laps, not bad for a townie bike I borrowed the morning of the event. This years winner was Crested Butte local Tyler “The Hammer” who put in an incredible 106 laps, just four shy of the record.

Space Camp, a group of Crested Butte locals had a team of 40+ members that raised over $4,000 in funds by taking laps in completely wild costumes and bikes to match well into the early morning hours. I had the chance to take some rides behind Space Camp and each time would find myself fixated on the psychedelic colors erupting from the groups bike spokes as they rounded corners in a parade of fun and madness. 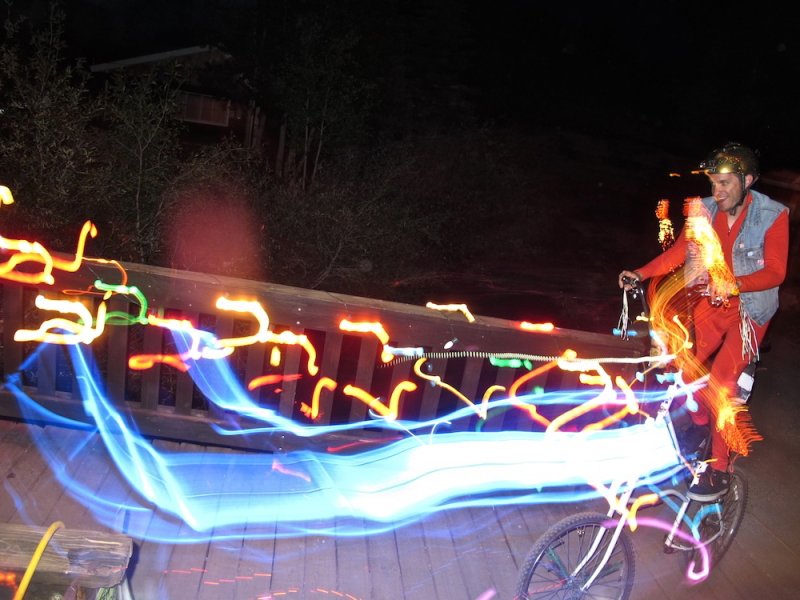 Riding in a 24 hour bike race takes some serious planning and a few essential items. Without the following gear there is now way I could have stayed on my bike as long I did.

First up was Sportlegs, a nutritional dietary supplement that helps support the body’s lactate energy system. All fancy wording aside, Sportlegs stops the buildup of lactate acids in your legs helping to avoid cramps allowing you to push longer and farther.

When day turned to night I was able to follow the steady steam of light erupting from my Princeton Tech Byte LED headlamp. Lights were required after dark for all cyclist and mine seemed to be one of the brightest in the race. With 2 settings to choose from and the ability to adjust the light up and down the Princeton Tech Byte LED headlamp truly helped me ride through the night.

Last but not least was a nifty beanie from i360 featuring a built in ipod nano holder and headphone speakers. I was able to ride around listening to music, (Phish of course) without having to worry about my headphones falling out, wires getting tangled and best of all the beanie kept my head warm as the temps dropped down into the 40’s during the early morning hours of the race.

A few fun moments from the the 24 Hour Townie Tour Included:

-The local restauranteur that got into the swing of things passing out Jello shots for riders as the sun was starting to set.

-Listening to the band Stache, perform at the Eldo while sitting on my bike well into the early morning hours

-An eight year old girl holding a plate of melt in your hand chocolate chip cookies. At first I saw it strange that she was standing outside at midnight giving out cookies but hey it’s Crested Butte, anything goes. The cookies lasted for about 3 laps before sadly she was gone. 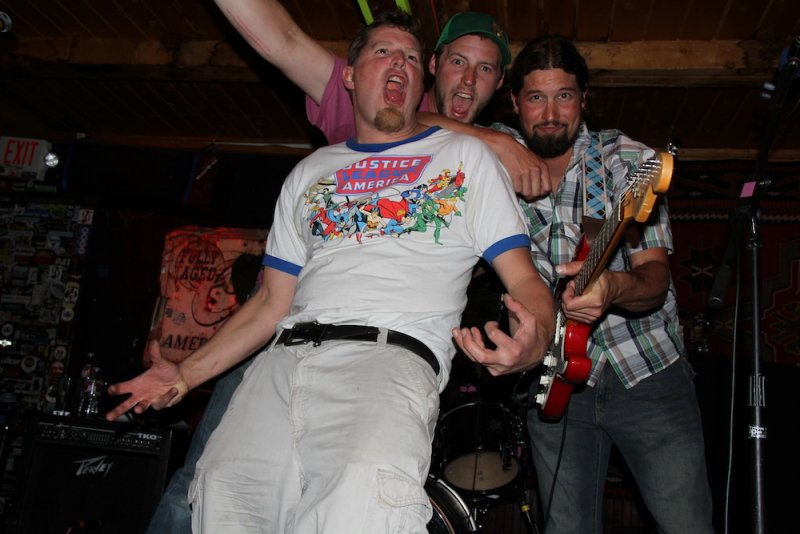 Huge thanks goes out to all the volunteers that helped us avoid being hit by oncoming traffic throughout town, as well as everyone that helped track laps, cook food and provide logistics for the event. Without all these people donating their time this event would never happen. Last but not least thank you to the town of Crested Butte and all the wild locals that took part in the 24 Hour Townie Bike Tour Bridges of the Butte, I can honestly say I don’t think this event could ever happen in another ski town, especially somewhere like Vail..

It feels good to be living in a “real mountain town” Thank you Crested Butte for an amazing event!!