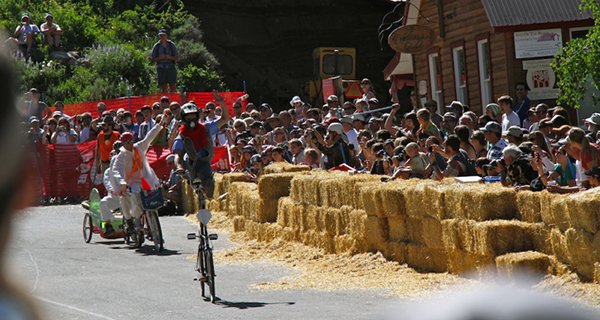 CRESTED BUTTE, CO – The 2011 Chainless World Championship Downhill Bike Race took place in Crested Butte, CO to kickoff this years Crested Butte Bike Week. Over 200 riders dressed in funky costumes and old townie bikes shuttled to the top of Kebler Pass were they proceeded to let gravity take over and guide them down 7 miles of dirt into the town of Crested Butte.

There were even a few slackers that missed registration and opted to ride beach cruisers up the road to join the race. (Thanks Krill..) 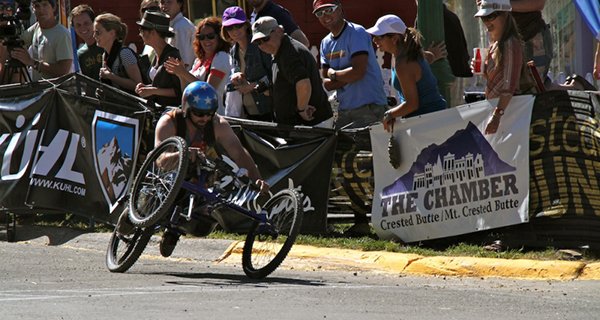 Some racers opted to take the chains completely off their bikes so they wouldn’t be tempted to peddle, while others locked them in place, which allowed them to use their breaks on the descent. 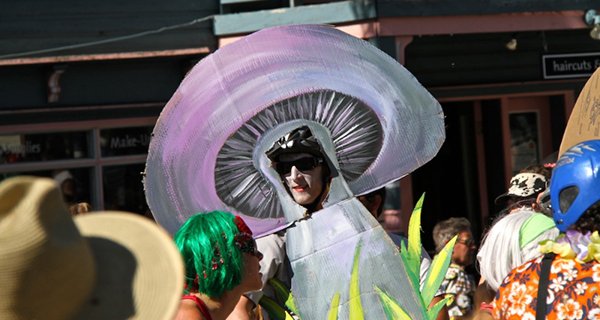 Others in the race could care less about the times or finishing for that matter as they blasted music and crushed cans of adult beverages on the way down the pass.

The only time I found myself breaking was as the race course made a sharp downhill turn onto Elk Ave. As I started gaining momentum I noticing hail bails lining the side of road, I would later find out the hail bails were carefully placed and used by many out of control bikers. The guys without breaks had some marvelous crashes much to the delight of the hundreds if not thousands of Crested Butte locals waiting for us to cross the finish line. 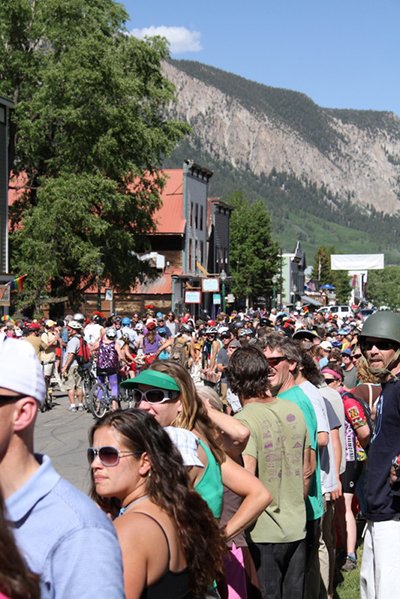 This was the rowdiest finish arena I have ever crossed in any competition. The energy level combined with everyone’s grins from ear to ear, some of the most insane bikes, people and costumes all meshed together for an event that is once again truly unique to Crested Butte.

When this town wants to have fun, the potential is limitless. It seemed that each and every citizen and tourist alike is here for the same reason, a little bit of freedom and a taste of what ski towns used to be.. I hope you can come join us in Crested Butte the next time we have a fun event in town!! This is truly the last great ski town in North America, or so I think.. 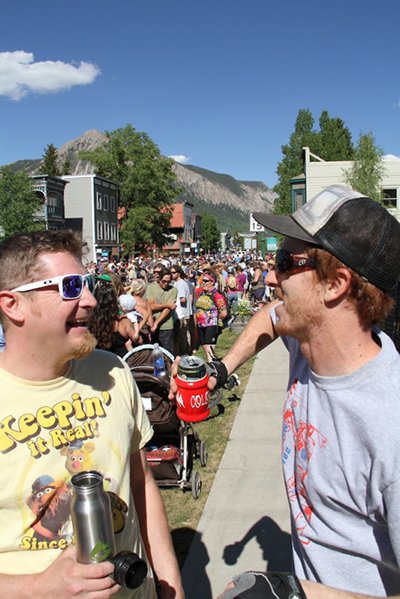 Be the first to comment on "Chainless World Championships"