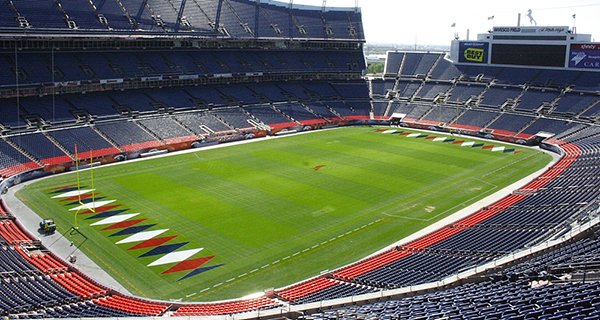 DENVER, CO – Are you a Denver Broncos fan, or have you ever wanted to stand on the field of a football stadium that holds 76,125 people? We recommend taking one of the Denver Broncos Stadium Tours at Mile High Stadium.

The Colorado Sports Hall of Fame is a non profit organization that has been offering tours of the Sports Authority Field at Mile High the aka the old INVESCO Field at Mile High Stadium since 2001. The tour last about an hour and half and typically included stops at a Denver Broncos Party Suite, the United Airlines Club Level, the Visitor’s Locker Room, Press Box and the highlight of the tour access to the field level!

For $10.00 you’ll get a chance to see areas the general public will never see, and the best part is all the money goes back to the local community. Our Tour Guide for the day way Steve Kanewske who really took time to explain all the ins and out of the stadium, sharing stories from years past and giving great in site that only an employee within the organization could offer. Steve mentioned in 2000 the old stadium was leveled to construct INVESCO Field at Mile High with a cost of 400 million dollars to complete over the course of 24 months.

The previous stadium had been expanded beyond its capacity, once home to the Denver Bears Baseball team in 1947 with 30,000 seats. Fast forward to the 1960 AFC championship game and the stadium was now holding 76,000 people. Needless to say the bathrooms, concessions stand and layout was not meant to handle that many people. That’s when Pat Bowlen stepped in and gave the city of Denver, $100 million dollars to start the project of building a new stadium. The remaining $300 million came from the taxpayers in Denver, so technically we own 3/4 of the team the way I see it. 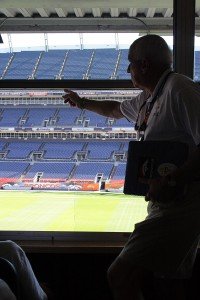 In 1993 the Colorado Rockies opening day was held at the old Mile High Stadium with 80,207 fans in attendance, the most people ever at a baseball game. The new stadium, however, was built for football, soccer, lacrosse, and rugby, no baseball would be allowed. The Colorado Rockies have since moved down the street to a new home at Coors Field. The only thing that remains of the old stadium is home plate. Which has been painted on the ground in the parking just outside of INVESCO Field. If your heading to a Denver Broncos game look for the light postmarked JJ, and you just might find yourself standing atop home plate.

There are 3,000 lucky Bronco fans that get to sit in the suites during home games. Suites range from private corporate boxes to single game party suites with cost starting about $1000 per ticket or $15,000 for the suite rental as a minimum with no food or drink included. In comparison the Dallas Cowboys new stadium is renting suites from $25,000 per game. If you decide to have your suite catered, the theme for that weeks food comes from the visiting teams. When Kansas City comes to town everyone gets BBQ, when the San Diego Chargers come the menu switches to seafood. And when the Oakland Raiders or traders as I like to call them come to town the suites are served “bread and water” just like the inmates.

There are 76,125 seats at INVESCO Field at Mile High, just two seats more than the old stadium held. When designing the new Broncos stadium, it would have been easy to add another 15,000+ seat, the designers and owner held off as one of the best things about coming to a Denver Broncos home game is you really feel like you are on top of the field, very intimate without a bad seat in the house. The current stadium is the 5th largest in the NFL. 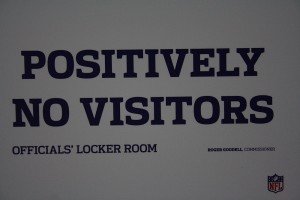 So you want to get some Denver Broncos tickets, 95% of tickets are sold to season ticket holders. The current wait list to get season tickets is over 30,000 people long. Denver Bronco football is a big deal in Colorado, and beyond.

Football is not the only event to take place at the stadium, concerts by Bruce Springstein, Metallica and recently Obamas DNC celebration took over the entire stadium.

At the south end of the stadium is a replica of “Trigger” Roy Rogers famous horse which was named Buckie the Bronco. The 1600lb sculpture can be seen from all parts of the field, as well as from the city of Denver. Opponents coming to the Mile High City surely take notice, or possibly they notice the sign just outside of the visitors locker room that proudly tells guest the elevation of the Mile High City. 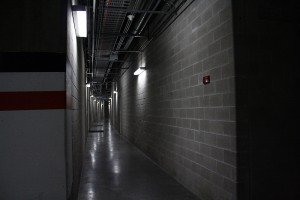 The tour makes its way down to the basement which the public will rarely see from outside there television sets. Upon entering the visitor’s locker room, you can’t help but notice how wide and spread out the room was. There is even a huge wall separating half the team from one another, this was done to interrupt the opposing team’s flow.

Are you one of the people that likes to drink beer at the game? Over 700 kegs of beer pour an average of 111,000 cups of beer each game. The kegs are stored in the basement and the beer is pumped thru tubes to the vendors and awaiting consumers.

Ironically all the beer for the stadium is located directly across from the official’s locker room, so if you ever said to yourself “what is that ref drunk” this might explain some things.

The Denver Broncos Mile High Tour finishes off walking out onto the field thru the visitor’s tunnel. This is the stuff you see in the movies, having the opportunity to walk the tunnel and onto the field was something you will surely cherish forever. Be sure to bring your camera to document this amazing experience.

If you or anyone in your family is a fan of the Denver Broncos or has been wanting to check out the back halls, locker rooms and all the behind the scenes stuff at a football stadium. I can’t think of a better tour to take. Great for all ages too : 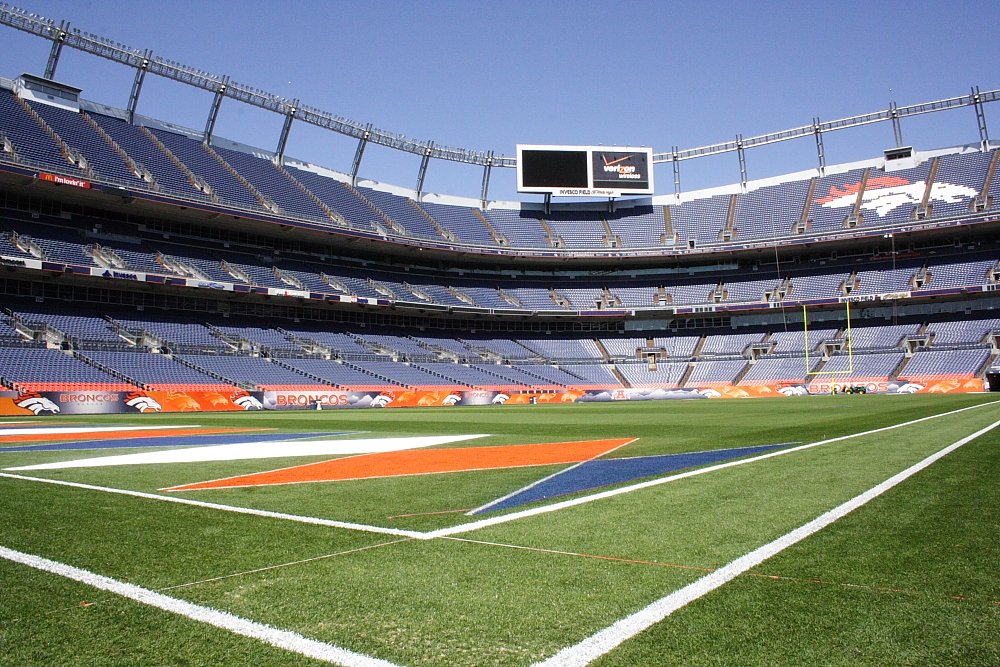 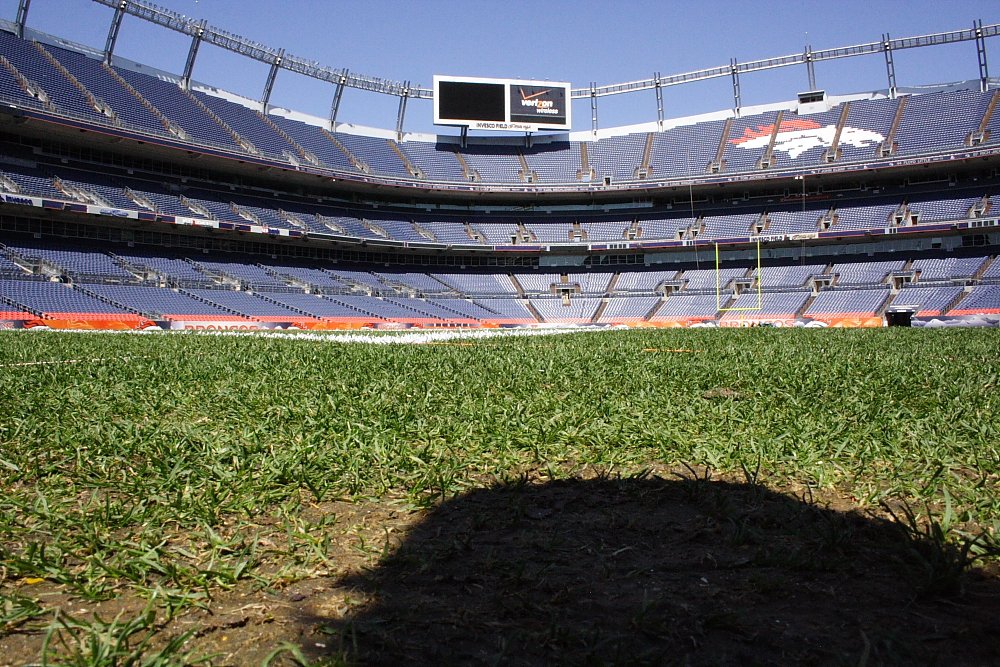 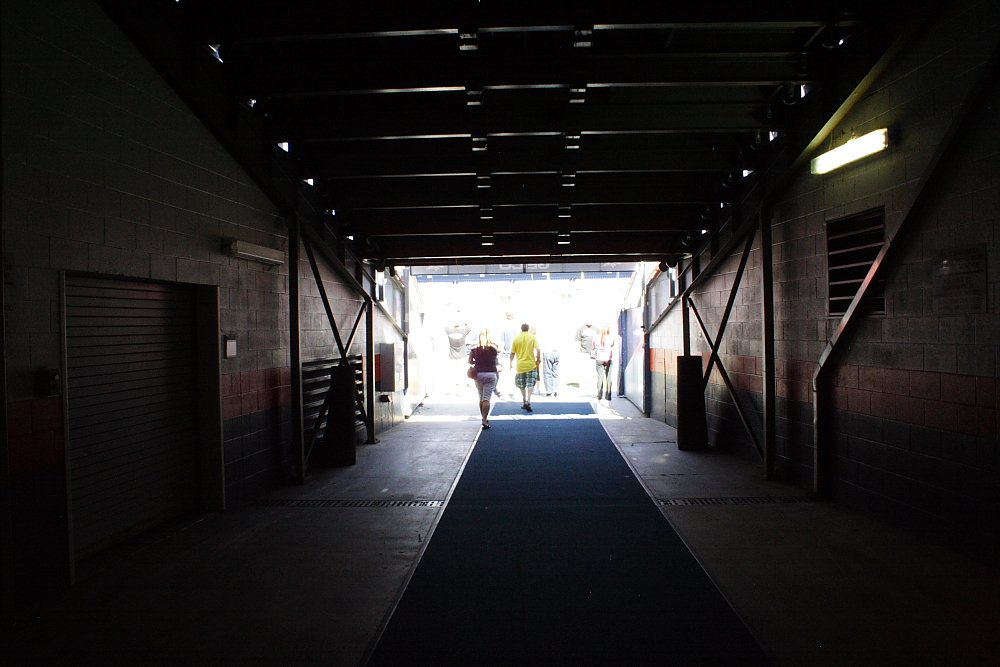 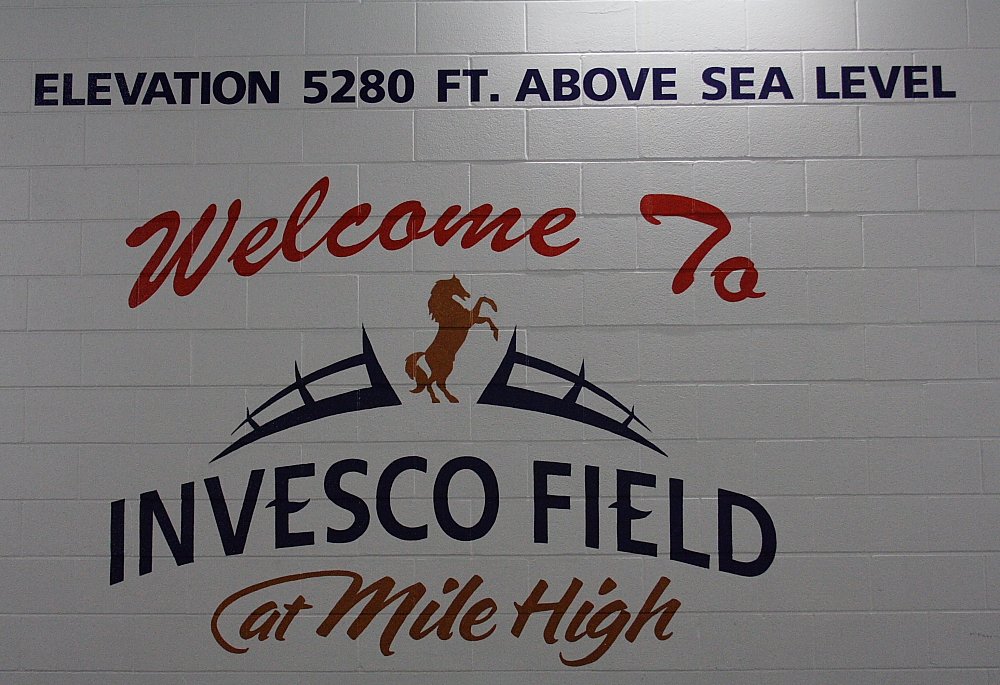 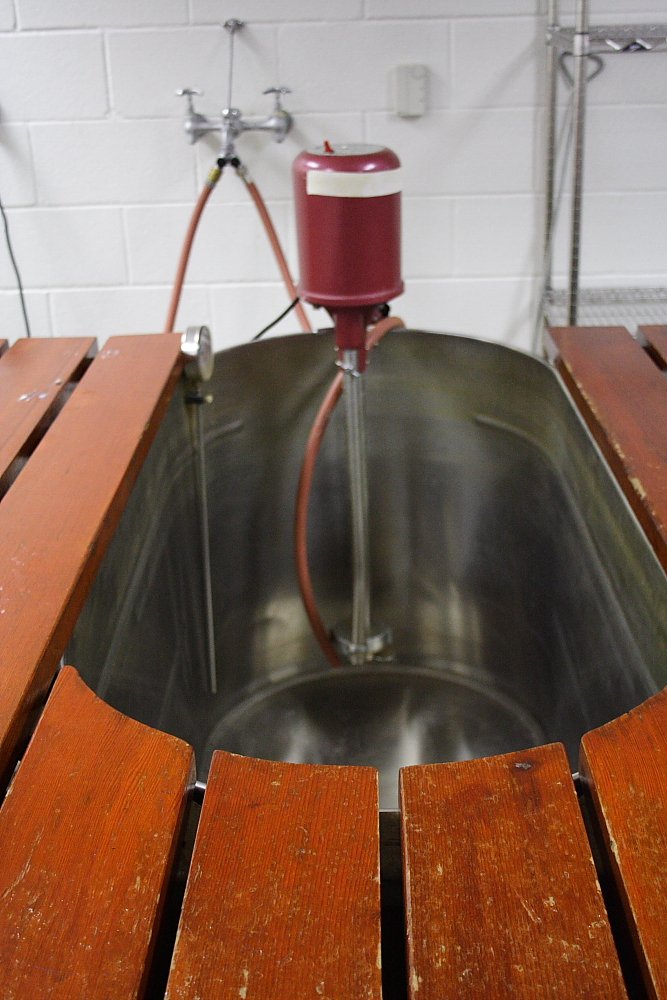 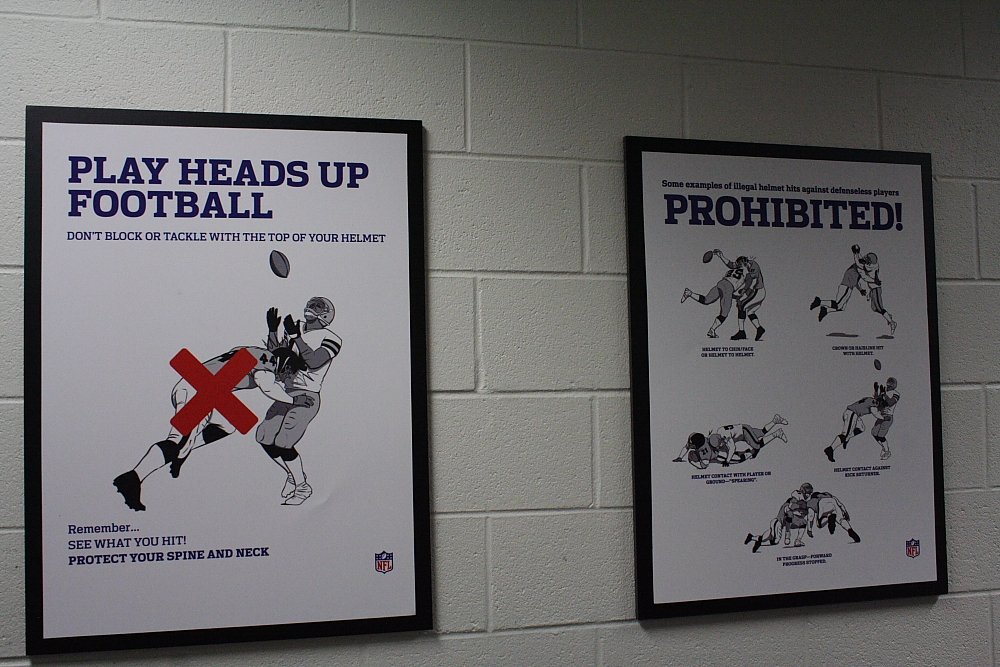 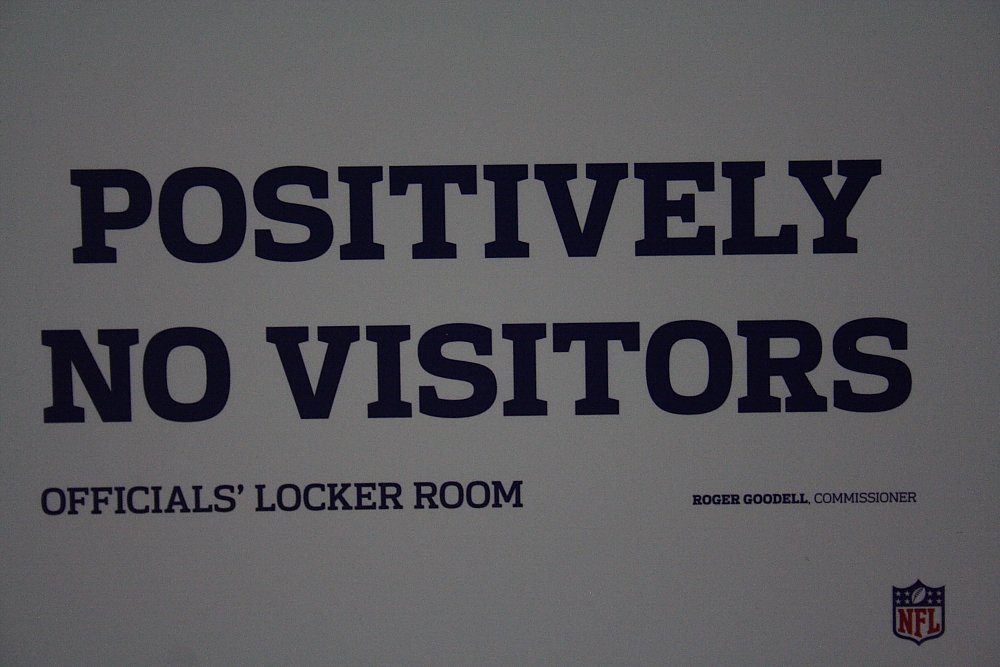 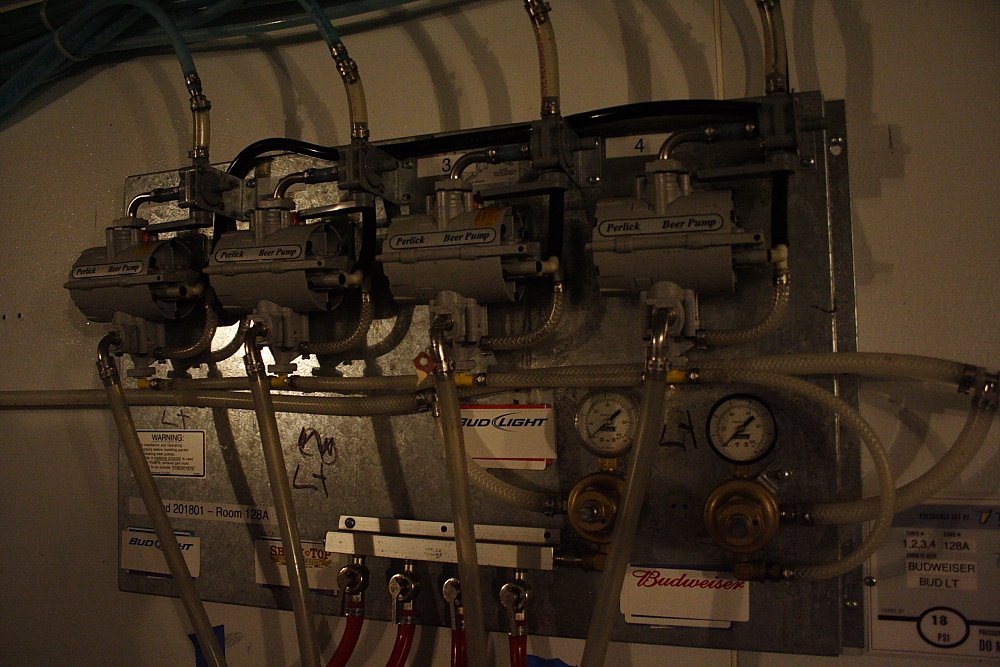 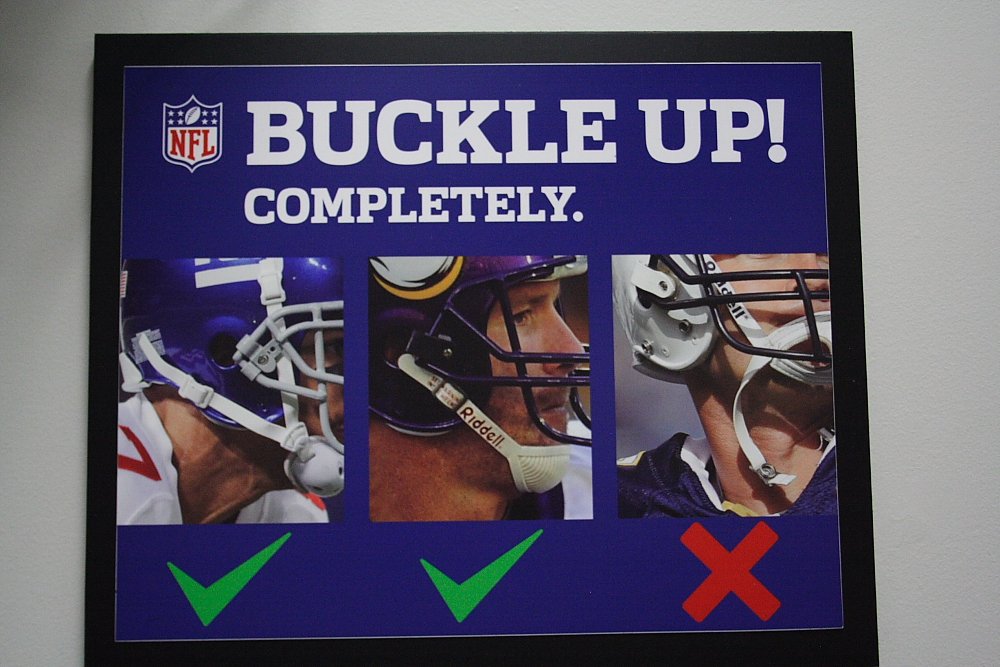 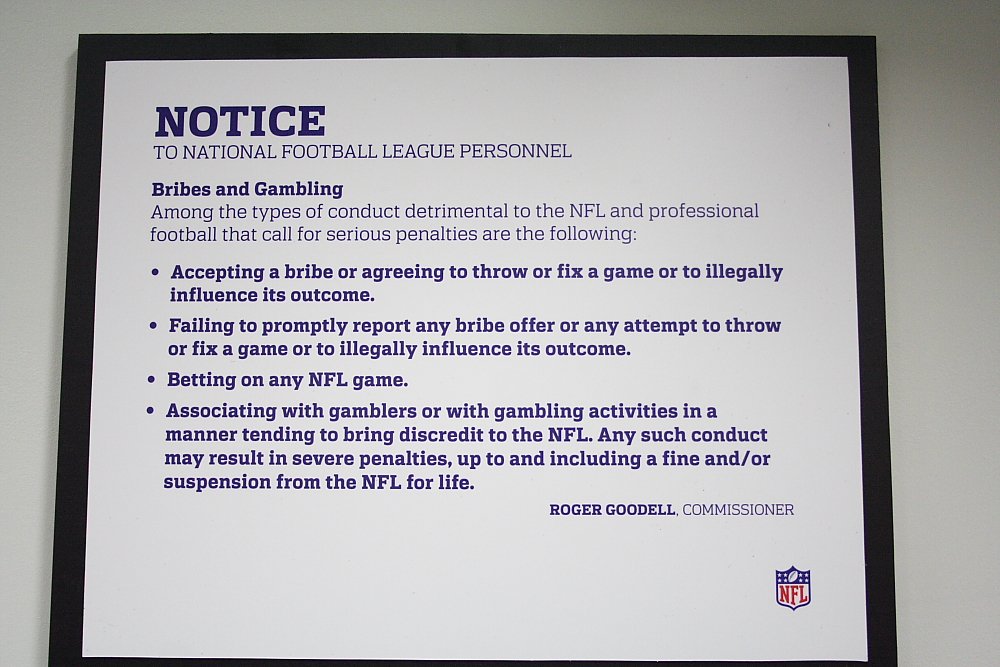 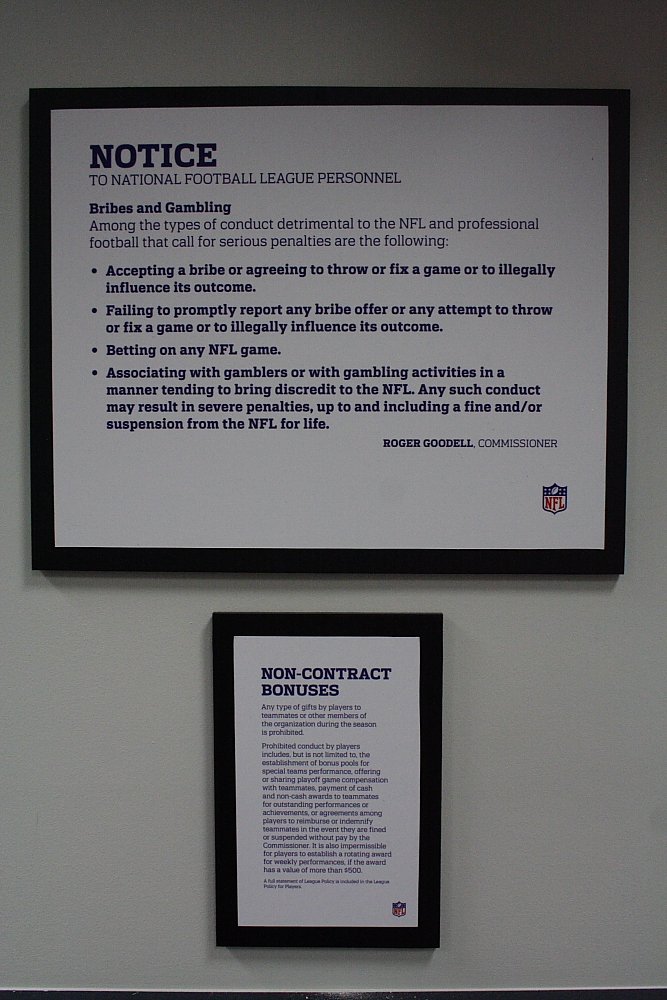 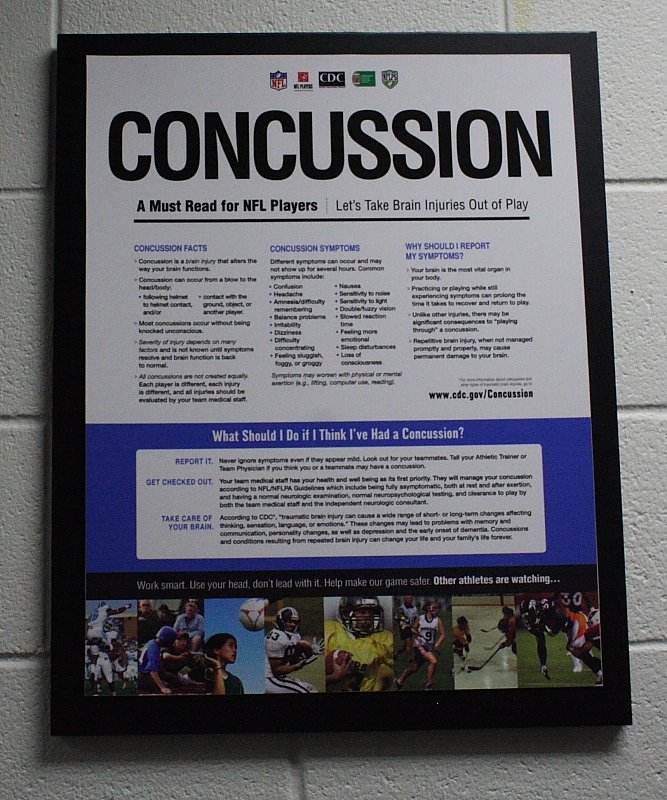 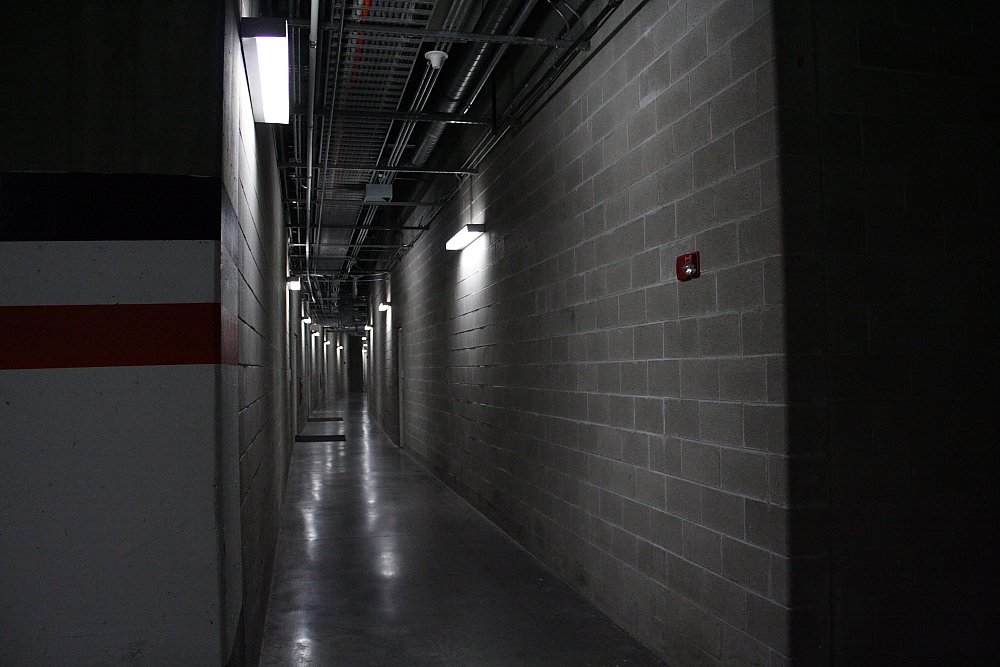 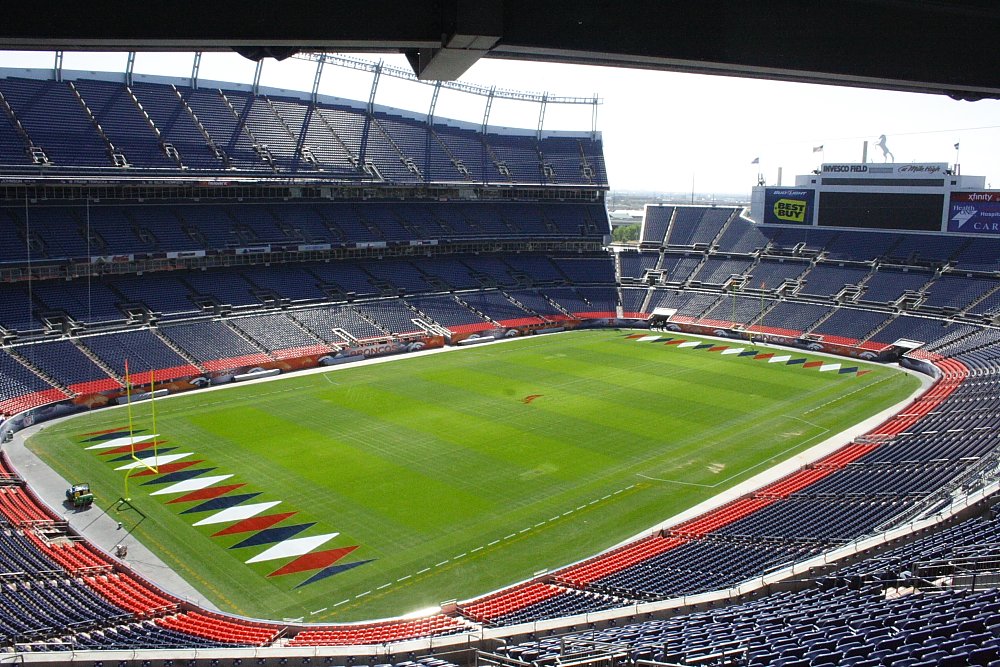 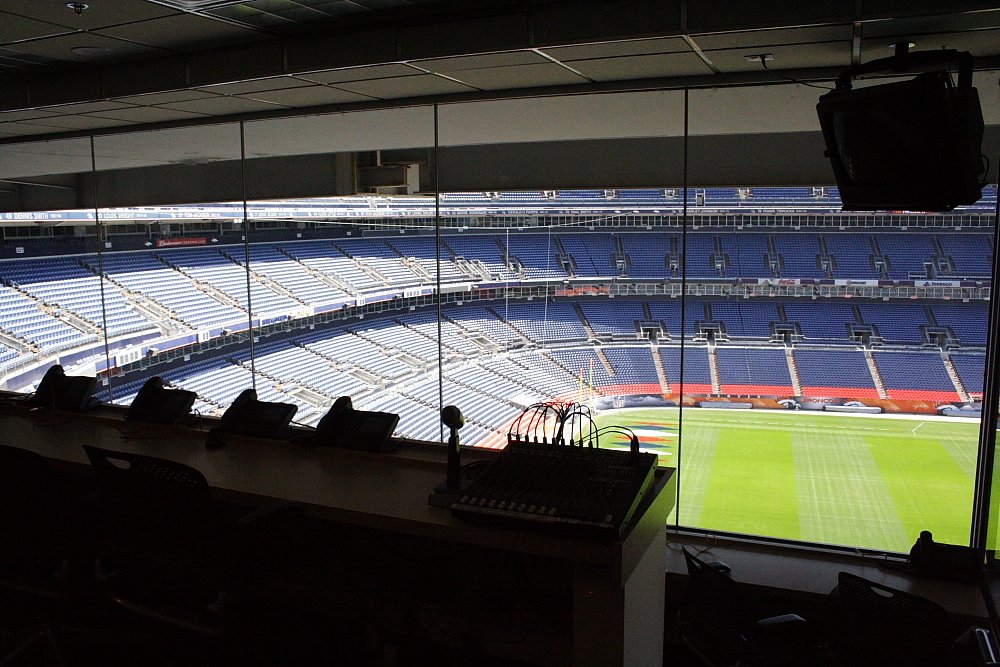 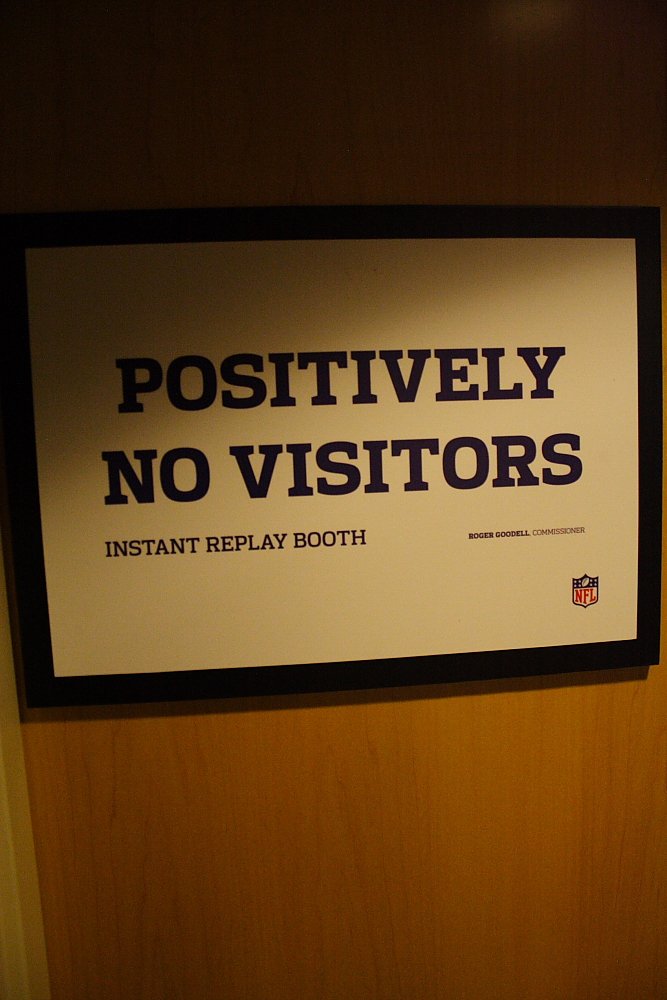 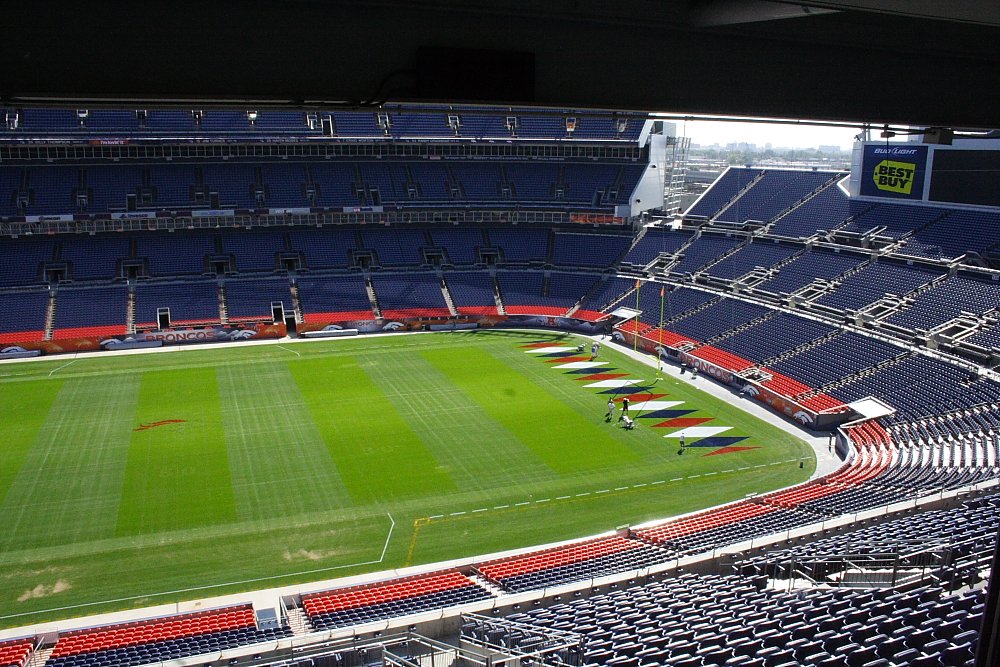 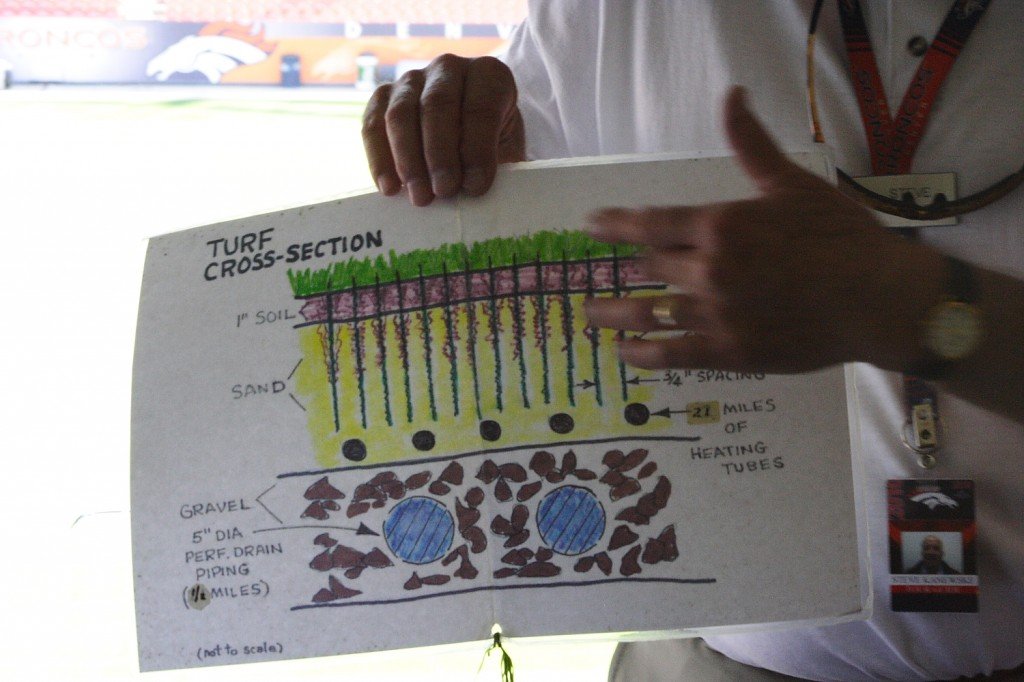 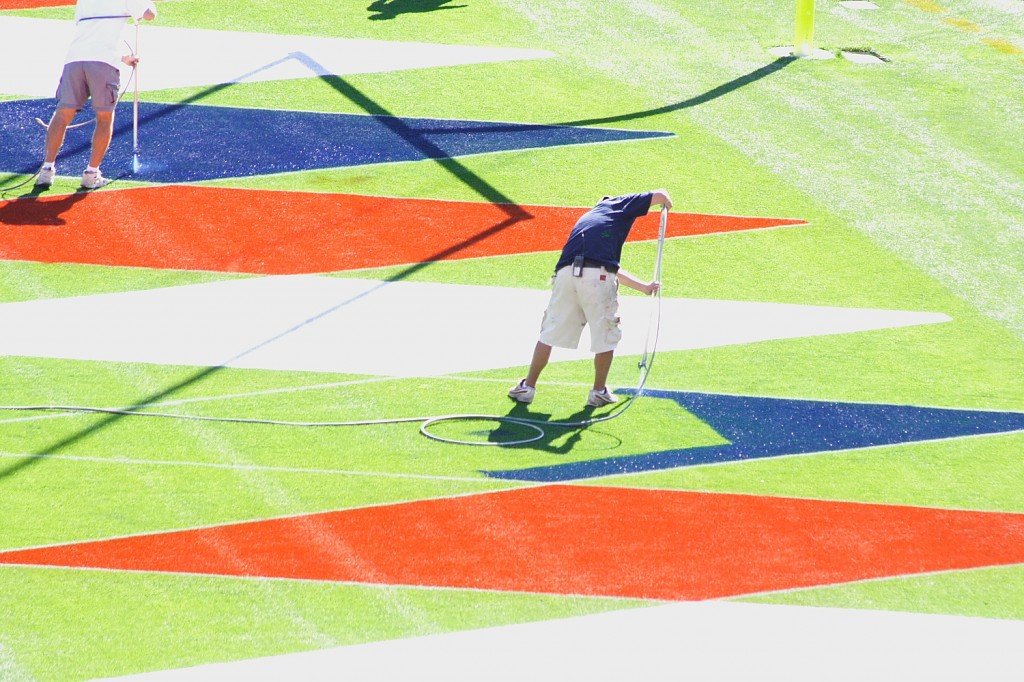 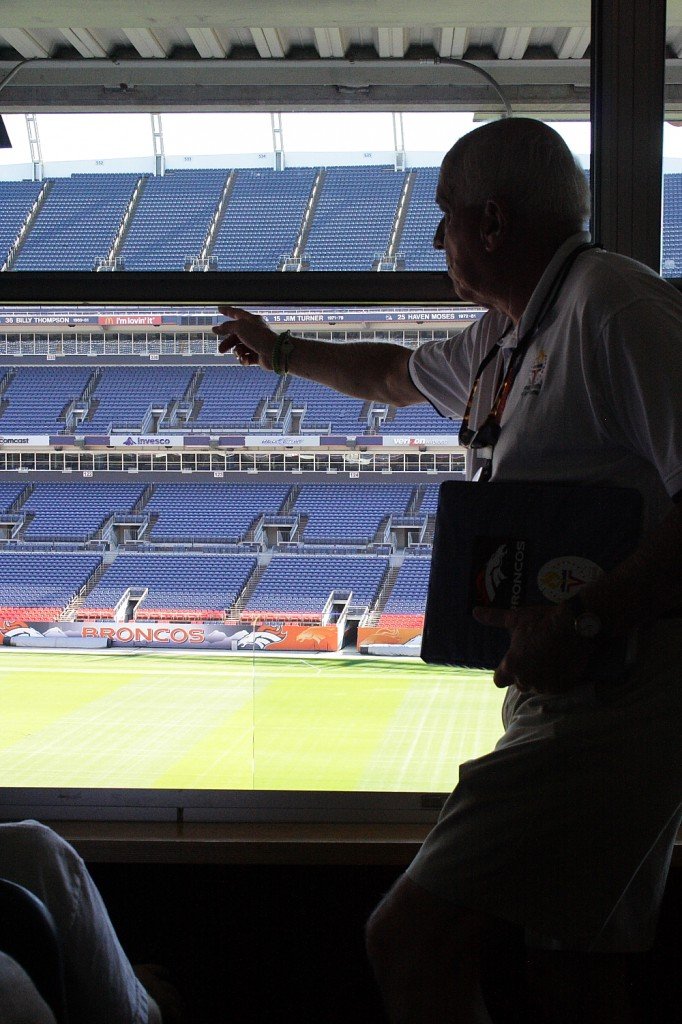 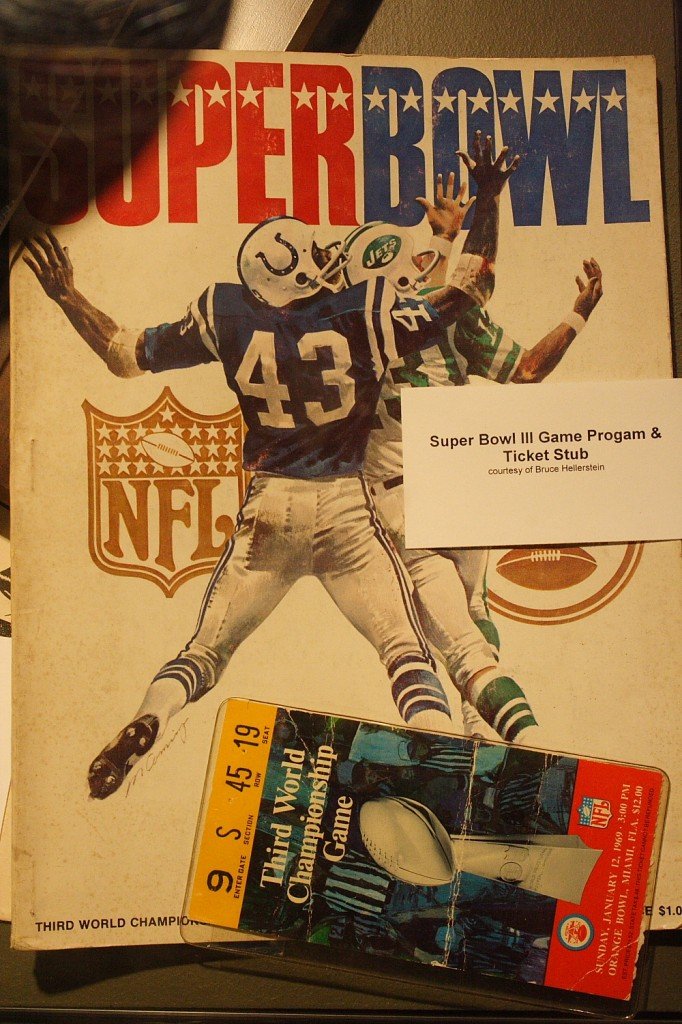 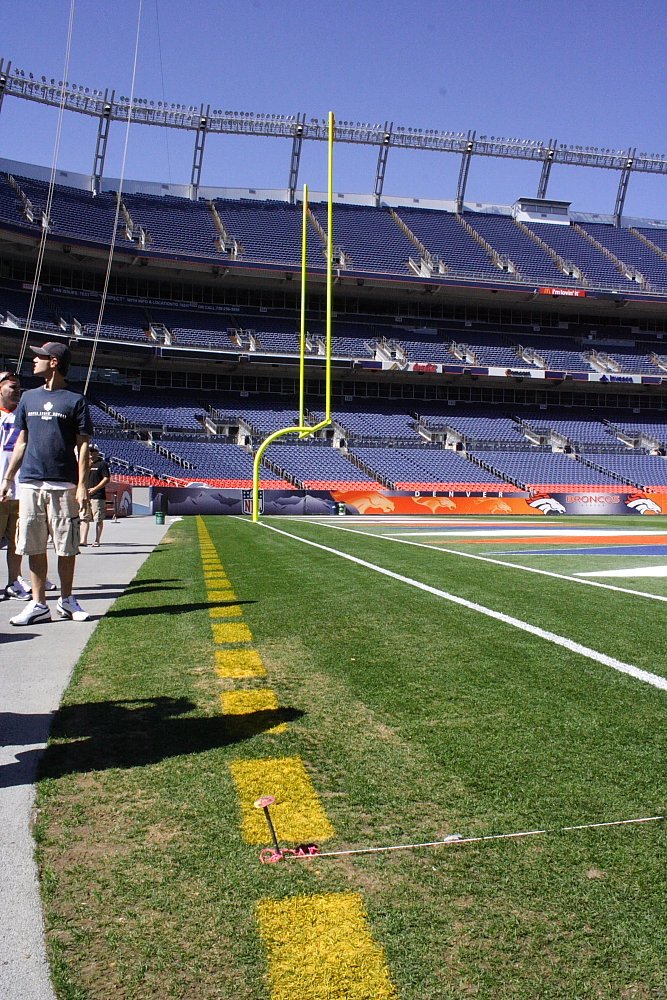 3 Comments on "Touring the Broncos Stadium"