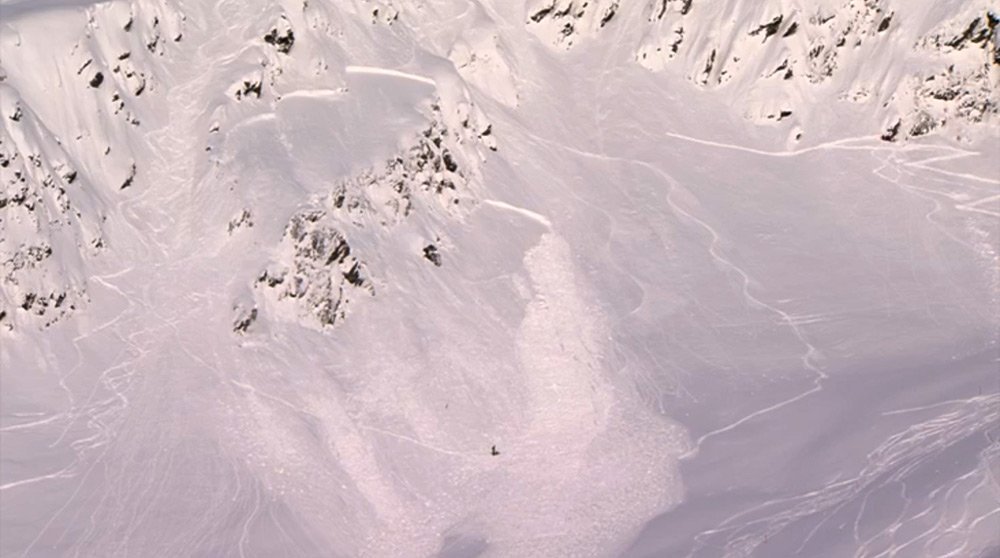 Bib #2 dropped into the avalanche “controlled” Freeride World Tour venue in Kappl, Austria and all was fine until he went ass over tea kettle mid slope on a steep hanging snowfield. After slamming his pole in disgust and started climbing for his yard sale items the slope ripped all around him.

Bib #2 is Julien Lopez, a top 5 freeride skier in the world. The slope he dropped onto had been previously bombed, ski cut, skied and deemed safe enough to hold a completion. Julien pulled the rip cord on his airbag, now mandatory in the FWT, and was seen gliding to safety attached to his balloon.

“So this is proof that despite having the best riders in the world, the best safety conditions in the world, something can always happen,” Julien Lopez said after surviving unscathed.

This video brings up so many thoughts about airbags. Are airbags a good thing? Clearly they have saved lives, but do they give a beginner backcountry bro-bra more security? Airbag or no airbag, in some situations, you will perish in a big slide down a steep rocky or treed slope.

Are you one of the best skiers in the world with a team of Avi experts who bomb, cut, and decide for you, then ready to save you? Me neither.

Find out how to use an avalanche airbag, although hopefully you never have to pull the handle.