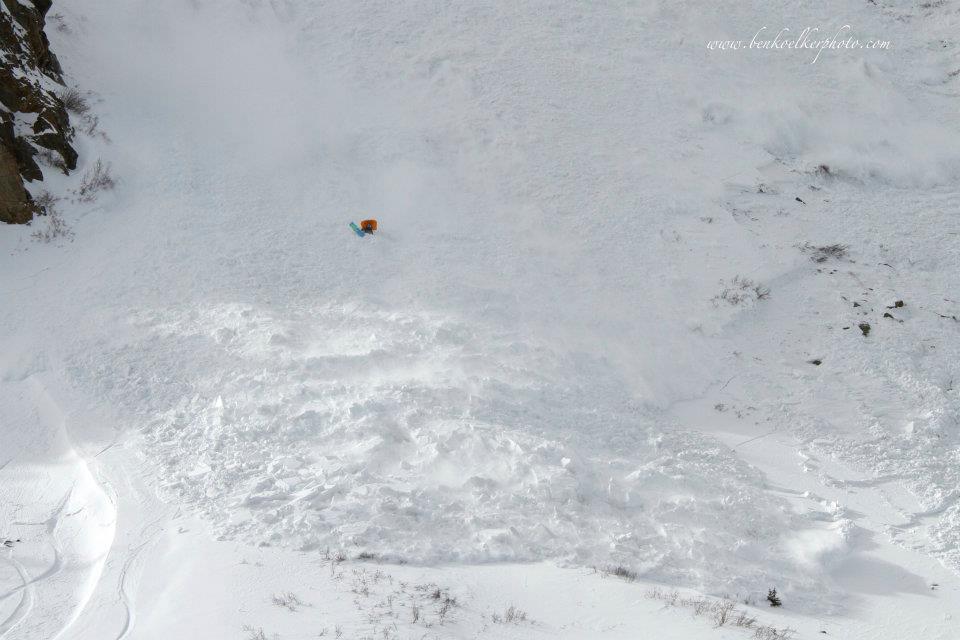 21-year-old Meesh Hytner was wearing an airbag that floated her to the top of the snow when the avalanche struck during her contest run at the 2012 Snowboard Freeride Co-op Coloradikal BBQ event. The video below is a reminder that avalanches can happen at any time..

Meesh is a personal friend and I wanted to see just what happened and how she was doing after such a close call.

MWN: So what happened the day of the contest?
Meesh: We got into the venue and starting shuttle people back and forth on the sled. We ended up starting the event 4 hours later then it was supposed to start. The slide happened at 12:30pm, 30 min after the comp had started. There were 2 fore-runners and 2 people that dropped before me. The other two girls in the contest dropped out, so I wanted to take the win. The snowmobile ride was up was burly, rocks everywhere and wind buffed snow. I was really pissed to be on my sled riding up such shitty snow. I inspected the top of the snow pack by walking back and forth up top over the rocks. I knew my line but wanted to double check everything.

MWN: Where there any pits dug up top?
Meesh: No pits, there was nothing up there. R.C. (Pro Snowboarder Ryan Cruze) was up top with a walkie talkie, telling people when to drop in. I didn’t have horrible feeling, I thought the slope would slough a little. I wasn’t thinking of the avy danger, as the first or second guy that went came flying down the slope cut through the crust and tomahawked down the venue. I was more worried about cutting through the snow. I wanted to put down a clean run, that’s what my thought was.

I strapped in and realized the pull tag for the Float bag was not in, this was the first day I had ever worn the pack. We had just screwed the cartridge in earlier that morning. I dropped in and made my first turn toe side turn and hit a bunch of rocks under the snow, I was skidding on a mound of rock. Rode down 3 or 4 more turns it’s kinda fuzzy from here. I saw a fracture but though it was small. Kept riding then it seemed like the ground rippled in front of me, a really scary ripple. I rode for a bit longer before getting kicked off my feet and onto my back. That’s when I pulled the strap to eject the air bag.

I didn’t know how big the avalanche was when I was in it, I was trying to keep my arms above the snow, wasn’t really swimming. I knew there was a roll over and just as I was thinking about it I went over it, that was the only time I felt an impact then I watched the debris move all around me. That’s when I knew the Float Bag was working. Came to a stop, flipped over and then Ryan was there, gave me hug and got me out of there. That’s all I really remember. Didn’t really have time to be scared it happened really fast. When I got to the bottom and looked up I got goose bums seeing my tracks into the slab.

MWN: Where there any red flags?
Meesh: Red flags, there was 1 RC dropped before me in the chute to my left, the entrance was gnar so I didn’t do it. People said most of his chute sloughed so I thought whatever, mental note cut more right. I was committed to my line, wasn’t going to unstrap, that was the oh shit stupid moment. If the person next to you ride’s a line and it breaks, odds are yours is going to.

MWN: Could you feel the BCA Float 30 keeping you above the surface?
Meesh: Yeah, it kept my head above the snow big time. I know I would have broken bones on my shoulders or back I would have been squished. It could have easily been a season or career end-er.

MWN: Whats the last week been like for you?
Meesh: Thur I was to busy at SIA to think about it. Friday I cried, I’m not proud of this but don’t mind my story being told. I want to keep people out of the backcountry this year. A horror story with a happy ending. Im not super mad the footage is out, but I’m not proud either. Mind over matter, matter won.. I’m getting over it, avalanches are an occupational hazard, this was the second one I have been in and won’t be the last.

MWN: Thanks Meesh for chatting with us, keep your head up and remember you got really lucky and hopefully this won’t ever happen to you again, occupational hazard or not..

There are lots of things that we can take away from this. First and foremost proper safety protocols must be used at all times in the backcountry, especially at a big mountain snowboarding contest. Snow safety should never be overlooked. Going out in the backcountry when avalanche conditions are HIGH will surely get you into trouble.

With a lack of pits, and ski cuts to the slope one can only wonder what everyone was thinking on that day, or not thinking. The worst part is the event organizers web site has the following to say about the comp, it’s the “The highest evolution of the sport on North America’s backcountry”.

Timing is key as well, a big mountain contest in Colorado might be able to go down in the spring if conditions were stable enough. But to schedule, such an event in the middle of winter during January does not seem to make sense unless you’re trying to capture the X Games, SIA crowd of riders that just happened to be in Colorado at the same time.

The event started at 12:00 pm in the afternoon, this, in my opinion, was too late in the day. Anyone that has ever climbed and road Colorado’s big peaks can attest to the fact that conditions start getting scary as the day progresses and temperatures warm heating the snowpack.

People with decades of experience in the mountains were on hand for this event yet still road the slope, I’m not going to name any names, but really people?? Avalanches don’t care what shop you own, how much you get paid as a pro or what your name is, they only care about one thing devastating lives.

Hopefully, if this sort of event happens again some basic steps will be put into place to minimize accidents, death and liability. First and foremost there needs to be a dedicated snow safety team, people with experienced guides capable of reading slopes and assessing terrain traps for potential hazards.

Secondly, podium spots and video parts are not worth putting your life at risk. Were not inner-city kids trying to support our families? Have fun, but never put your life at risk to “get the shot” 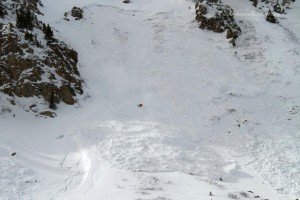 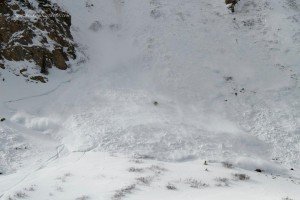 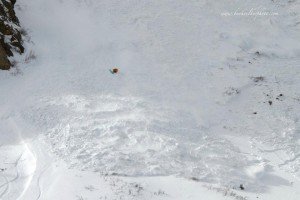 What on earth was everyone thinking of being in the backcountry in such conditions? Have they not heard of the recent avalanche deaths in Colorado? I’m shocked, sad and angry all at once. Especially since my friends and snowboard tribe or family was involved.

Thankfully Meesh is a smart rider, she was wearing an airbag flotation backpack that kept her body above the snow when the avalanche started to rip across the mountain down to the valley floor.

So how do airbags work anyways?