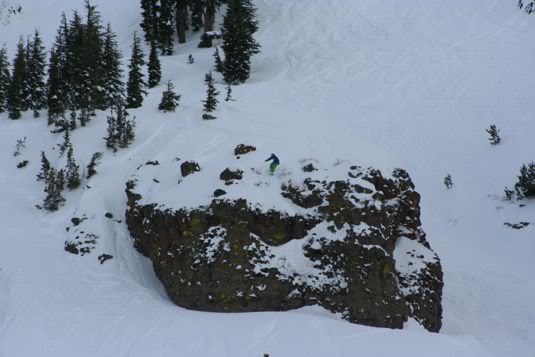 Cliff drop anyone? If you’ve been gearing up over the past few seasons and stepped your game up to cliff dropping, but haven’t tried it yet, there are a few things you’ll need to know before you do.

How to Drop Cliffs on a Snowboard

Safe takeoff is clearly an important part of doing a successful cliff drop. So if you find a spot you want to ride off and the snow isn’t enough, just pat the snow down to create a launch that supports your speed for a safe drop. It’s also a good idea to do a ride-by your landing spot, so you know if there are any hidden rocks and the depth of the powder below your drop.

Ok, so you’re ready to do it up, here’s your checklist before you go for it:

the last thing you need is to lose your board mid-air or as you land.

and hit the launch ramp with enough speed to support your ollie. You’re going to need to be moving pretty quickly to get the pop you need so scout out a starting place a ways back. You don’t want to hit the ramp dragging you’re you know what. 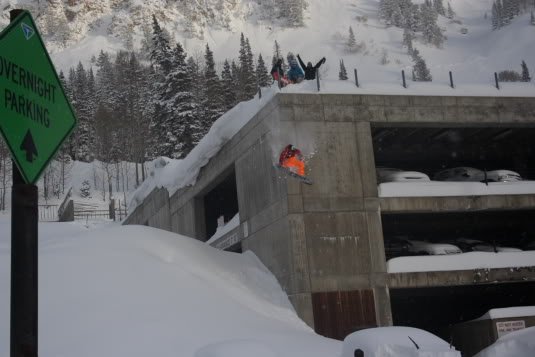 4. Launch Off and Pop an Ollie.

just before you hit the end of the ramp. You want to use the ramp to improve your ollie height, not count on it to give you the height you need for the drop. If you don’t pop the ollie, you’ll end up just dropping off which may keep you too close to the cliff for a safe ride-away. So get some air, and keep the board level up there to avoid a nosedive.

because the slower you go, the more likely you are to lose a good angle for your landing. You don’t want to just fall off the rock space, so don’t be afraid of the speed. It’s what you need to land this trick safely.

especially if your landing point is in powder. It’s going to be tough not to sit down, due to the force of the impact but if you don’t stomp it…just try it again. You’ll get it. 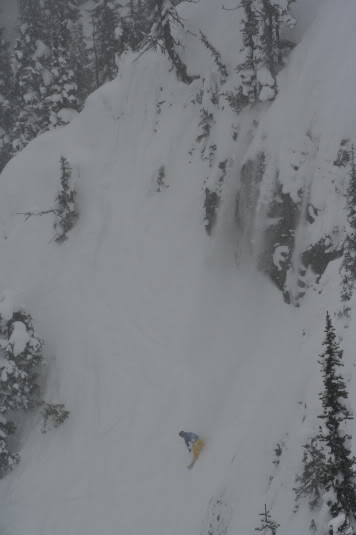 Cliff drops are fun and will give you a huge rush. Once you get ‘em down you’ll be able to work them into lines and add tricks like 360s, half-cabs, and maybe even a backflip someday. Go ahead and get to work on this trick this season. Why not, go for it? Go Hard. Go Pro!

Brittany is a fitness expert and natural health enthusiast based out of sunny Arizona. A certified first responder, lifeguard, group fitness instructor and yoga trainer, Brittany has also worked as a professional writer with a focus on natural health for over 8 years.