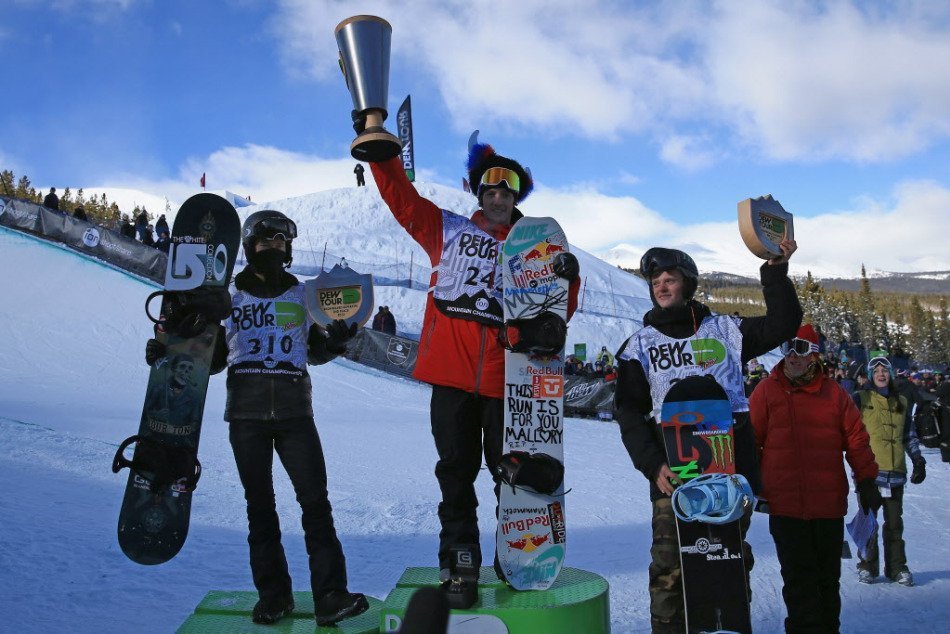 “I’m so stoked it’s an Olympic qualifier and I was able to come out on top. I just try to ride for myself and stay away from what other people are doing and it ended up working out and I’m super stoked about it.”

“It’s been a long time since I’ve been able to hold onto first for two runs, but it was extremely nerve-wracking. Seeing Shaun mess up was very uncharacteristic of him. I’m ecstatic right now.”

White fell during his first run and showed signs of injury during a more timid and imperfect second run.

Bretz is in a strong position going into the next four qualification events. The top snowboarding athletes in the Olympic qualification hunt are Bretz, then White, Gold, Louie Vito, Danny Davis, Ferguson and Benji Farrow.

Selection to the Olympic snowboarding team will be made from athletes who have a top-four finish against the entire field in one of five selection events. Those athletes will be ranked with their best two of five qualifying events using World Cup scoring (1,000 point scale) comparing only USA athletes.