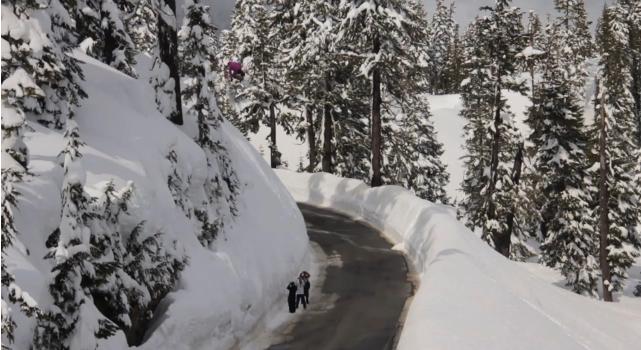 Professional snowboarder Hana Beaman has become the first female to hit the infamous Mt. Baker Road gap. Beaman was joined by our friends Alex Yoder and Lucas DeBari for an epic session flying over the road.

The snow seems to never end at Baker, this season is simply out of control. I always hope and pray for snow, now we have so much it seems like you almost take it for granted. When Baker turns on it’s unlike anything I have ever seen in my 22 years on snow.

Be the first to comment on "Hana Beaman Sending It Over the Mt. Baker Road Gap"