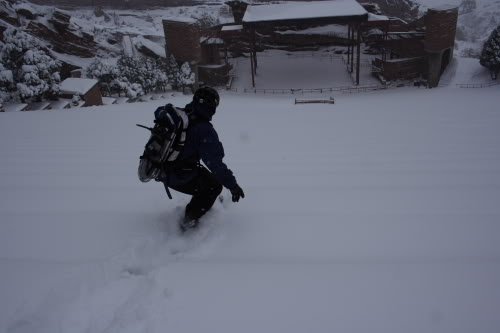 MORRISON, CO – With word of deep snow and possible face shots we were off once again. This time to a rarely ridden mountain in Colorado. How could that be you ask? Snowboarding the world famous Red Rocks that is. 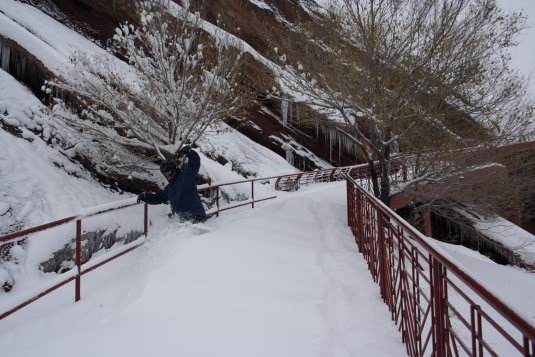 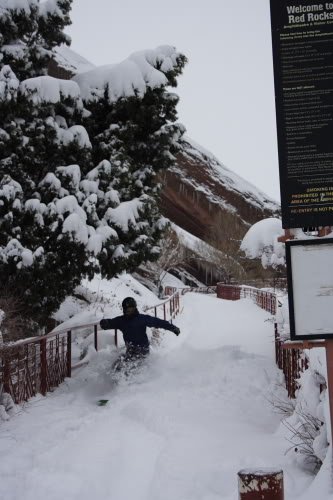 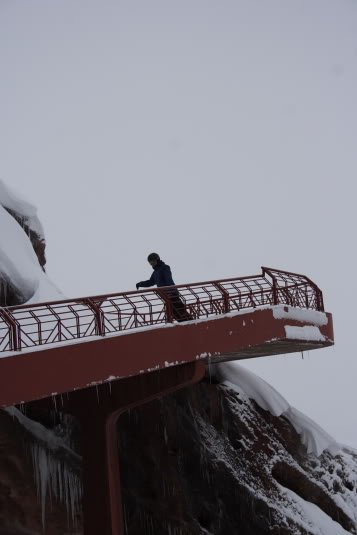 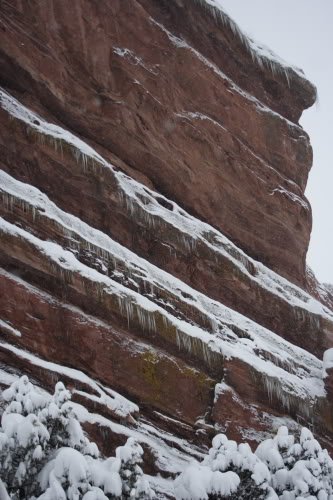 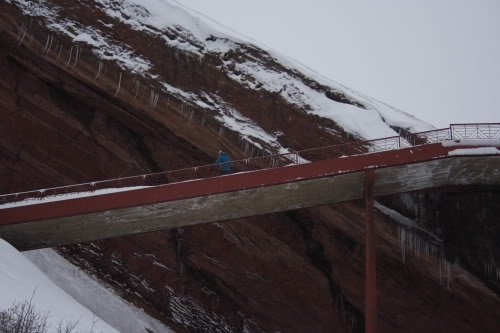 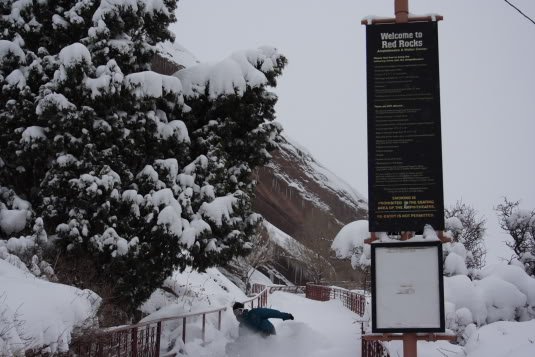 Never thought I would be getting face shots at red rocks, how many times have I hiked this ramp.. 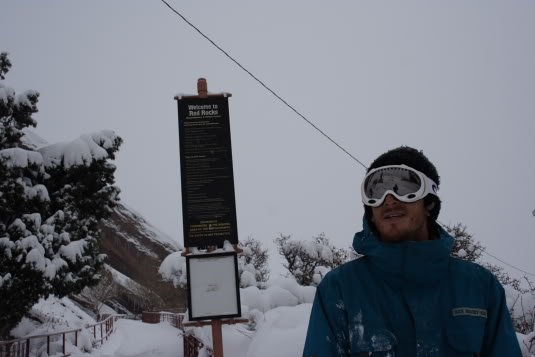 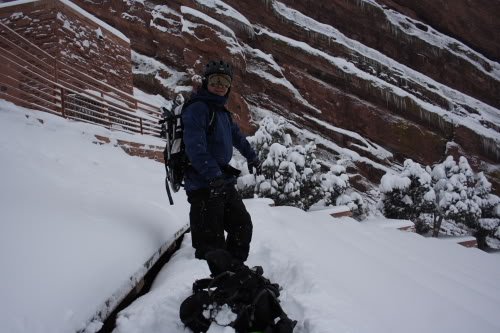 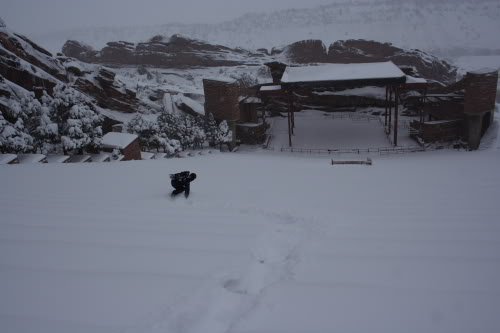 In the summer months Red Rocks Amphitheater host world-class concerts, when I first moved to town Red Bull tried to do a snowboard event, Red Bull Rock-n-Air here but the drop in ramp was deemed unsafe.

Snowboarding at Red Rocks Ampthitheatre only happens every few years, we got really lucky!! What an amazing backdrop to ride… 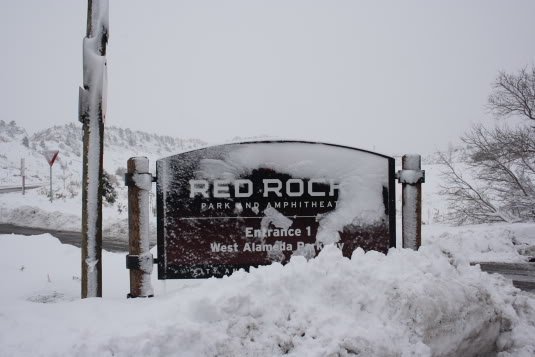 I do love Colorado, however are you hip to whats going on at DIA? The secret city and such? What about the denver airport murals talk about morbid..