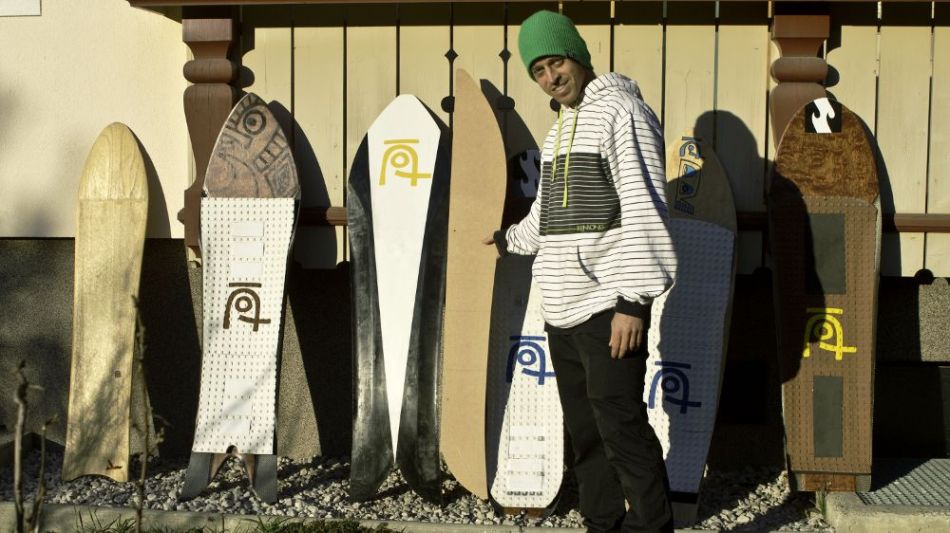 Today, a few snowboarders have gone back in time by ditching traditional snowboarding bindings for the freedom of powder surfing. One of the leaders and inventors in this modern movement is Wolfgang Nyvelt aka Wolle.

MWN: You have been crushing it snowboarding, surfing, skating and now powsurfing, how do you balance a multi sport lifestyle?

Wolle: Well I started skateboarding first and when the winter came around it was almost a natural switch from the skis to the snowboard. I had been skiing for more then 12 years and been around mountains forever so that was really something cool to be skateboarding on snow, I was hooked right away. Surfing kind of came along that way, we are quite a ways from the surf so it took a while to get a driving license, car and so on to get down there. Once I started though I was not able to stop, it’s once of the raddest things besides sliding on snow on earth. Its just so fun to do all those things and with snowboarding you are limited to a few month per year so for the rest of your time you need something to be sideways on.

MWN: To date I think your the only guy to ride without bindings via a heli in Haines, what was that experience like. ( I only know this as I asked to ride my powsurfer with Seandog at Alaska Heliskiing and they mentioned you were the first and only)

Wolle: Maybe that could be true, I’m not too sure about that but if Seandog says that, it must be true, haha. First I took the Salomon Powsnowskate up there and later the Äsmo. Both were super fun and exciting too, as you don’t want to blow it and hold up your crew but it worked out fine. I never got a full powsurf crew together which would make for an all-time session.

I know Al Clark and some other no boarders took the heli at Eagle Pass and had some wicked sessions. 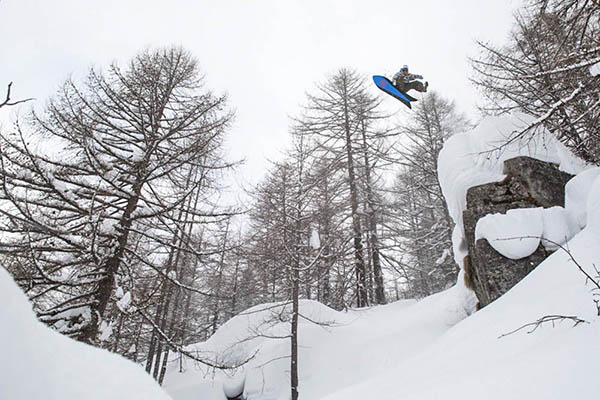 MWN: How are you able to keep your feet locked onto your board without binders? A bit of magic, some magnets in your boots or a special surf style traction stomp pad?

Wolle: Its about 3 or 4 years now since we started using magnets in our boots with some metal in our pads. It enables you to do a lot more tricks on the board. There is definitely no magic involved in it, we are just experimenting with new techniques to get more skate influence in our tricks.

MWN: Speaking of traction pads, I grew up surfing and wondered how much bevel you put on the pads. Do the angles / bevels change based on snow conditions, steepness of the slope?

Wolle: Our pads are made out of the same material as surf pads, which we feel is the best material for our boards as we have so many different outlines and different shapes of boards. The bevel is always the same and doesn’t change for the conditions. The bevel is about 10-15 degrees. Compared to surfing they are just bigger to fit the boots.

MWN: Whats the deal with the new Twin Profile, are you learning some new tricks this season on your new ASMO shapes?

Wolle: Every year I learn some new tricks, its always about finding the right jump and landing for each different new mission. The twin been has been around for a few years now and its really fun for all switch takeoff´s and landings. 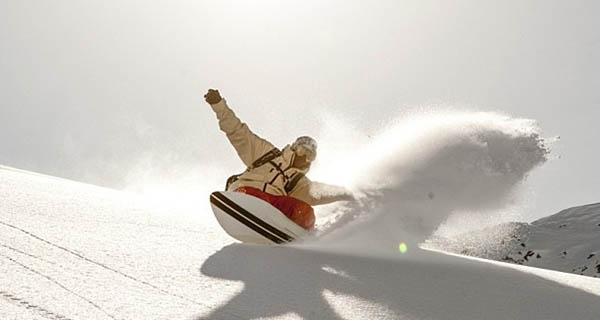 MWN: Why should someone try riding without bindings?

Wolle: For me it was something to get a feel for what snowboarding was in the very start, building your own boards and figuring stuff out along the way, to be free of opinions and rules. Also to get that surf influence was a key ingredient for me, like taking the Winterstick, and Fish shapes and concepts and redesign them to make them work for boards without bindings. Too see how far ahead some of those concepts were is mind-blowing and to see stuff like that resurface again in snowboarding is rad.

Its not a question of with or without bindings its just another addition to your quiver and to access new feelings.