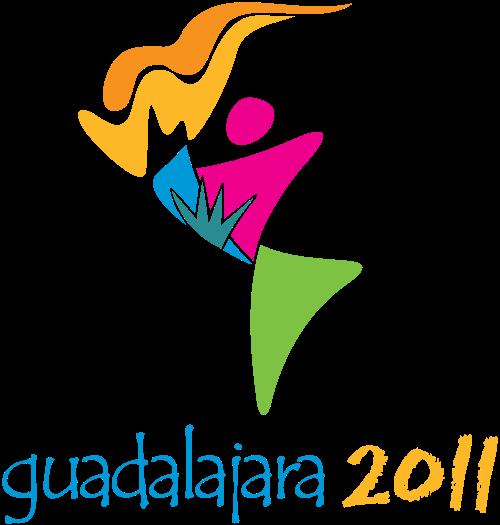 GUADALJARA, MX – Today the U.S. increased its lead on the medals table at the XVI Pan American Games after earning three more first place podiums bringing its gold medal total to 27. Two of today’s gold medals were in rowing (women’s single sculls and men’s eight), and one in racquetball (women’s singles).

Despite the absence of some big names from its Olympic squad, such as Michael Phelps, after only five days of competition the U.S. holds an extremely comfortable lead over its nearest challenger on the leader’s board, Brazil, which heads the rest of the pack with 10 gold medals. This hasn’t surprised anyone, since the U.S has taken first place in the medal count in all but two of the previous fifteen editions.

The last time the U.S. lost was in 1991 to Cuba, when the games were held in Havana. Before that, the U.S. winning streak dated back to 1951, when Argentina came on top.

So far, the only real surprise for the U.S. team this year has been in men’s mountain biking, after the U.S. team failed to win a gold medal for the first time since the sport was introduced at the 1999 games in Winnipeg. However, previous gold winner in 2003, Jeremiah Bishop, did make the podium by taking bronze, behind winner Colombian Hector Paez, and Canadian Max Planton, in very challenging conditions at a high altitude course.

Held in Guadalajara, Mexico, the 2011 Pan American games were inaugurated October 14th and will run through the 30th. Despite several hurdles, including construction delays, and security issues, and even a notice by U.S. Olympic officials to its athletes not to eat meat in the country as it could be tainted with steroids, the XVI edition is on track to be one of the most memorable in the history the Pan American games.

The opening ceremony, which took place at the new Chivas soccer stadium, was declared a success, and several records have already been broken. The violence that has plagued Mexico these past years, which led the U.S. team to bring its own security personnel, has not reared its ugly head. Thankfully, the only major criminal episode so far has been the theft of a pair of time trial bikes from the Colombian team’s hotel.

Colorado is home to several athletes that made the trip to compete in Guadalajara. An example of the strong presence of Coloradoans at the Pan American games is the U.S. triathlon team. Consisting of three women and three men, half of the team calls Colorado Springs home. Originally the whole U.S. men’s triathlon side consisted of Colorado residents, but after three-time Olympian Hunter Kemper broke his elbow on October 9, Manuel Huerta, from Miami, was called to take his spot. He will join Colorado Springs residents Mark Fretta, and Matt Chrabot on the team. Chrabot is one of the favorites to take gold, after winning first place a year ago at the Pan American Triathlon Championship’s on the same course, so look for him to deliver a great race.

On the women’s side, Coloradoan Sarah Haskins is joined by Gwen Jorgensen and Sara McLarty, all of whom could reach the podium with a solid performance. The triathlon will take place in Puerto Vallarta on October 23rd, in what will probably be the year’s most exciting race outside the ITU world circuit. Several countries have promised to end the dominance the U.S. holds on this discipline, who has won six of twelve possible medals in the last two editions of the Pan American Games.

Another event not to be missed is baseball, where the U.S. team will play the uncharacteristic role of the underdog. After commissioner Bud Selig refused to allow MLB players to play at the games, the U.S. team lost its status as the favorite. Cuba, one of the only teams not affected by the MLB’s ban on the games, has now taken that role. After Cuba, the strongest contenders are countries that did lose star MLB players, like Venezuela, Mexico, or the Dominican Republic, but still have deep talent pools in their domestic professional leagues to produce solid rosters.

However, despite the absence of its best players due to the MLB ban, the U.S. is setting up to be the dark horse in this race with a team consisting of outcast players from the minors and eager kids from the NCAA, all eager to impress MLB scouts in the stands. Start looking for Wild Thing haircut used by Charlie Sheen in Major League, to show up on the U.S. squad if they hit their stride.

Live coverage of events in the U.S. begins on October 23rd on ESPN2, just in time to follow the triathlon (3pm EST), followed later that night women’s basketball final (9pm EST). After the 23rd, there will be daily coverage until the games closing ceremony on the 30th.

Be the first to comment on "XVI Pan American Games"