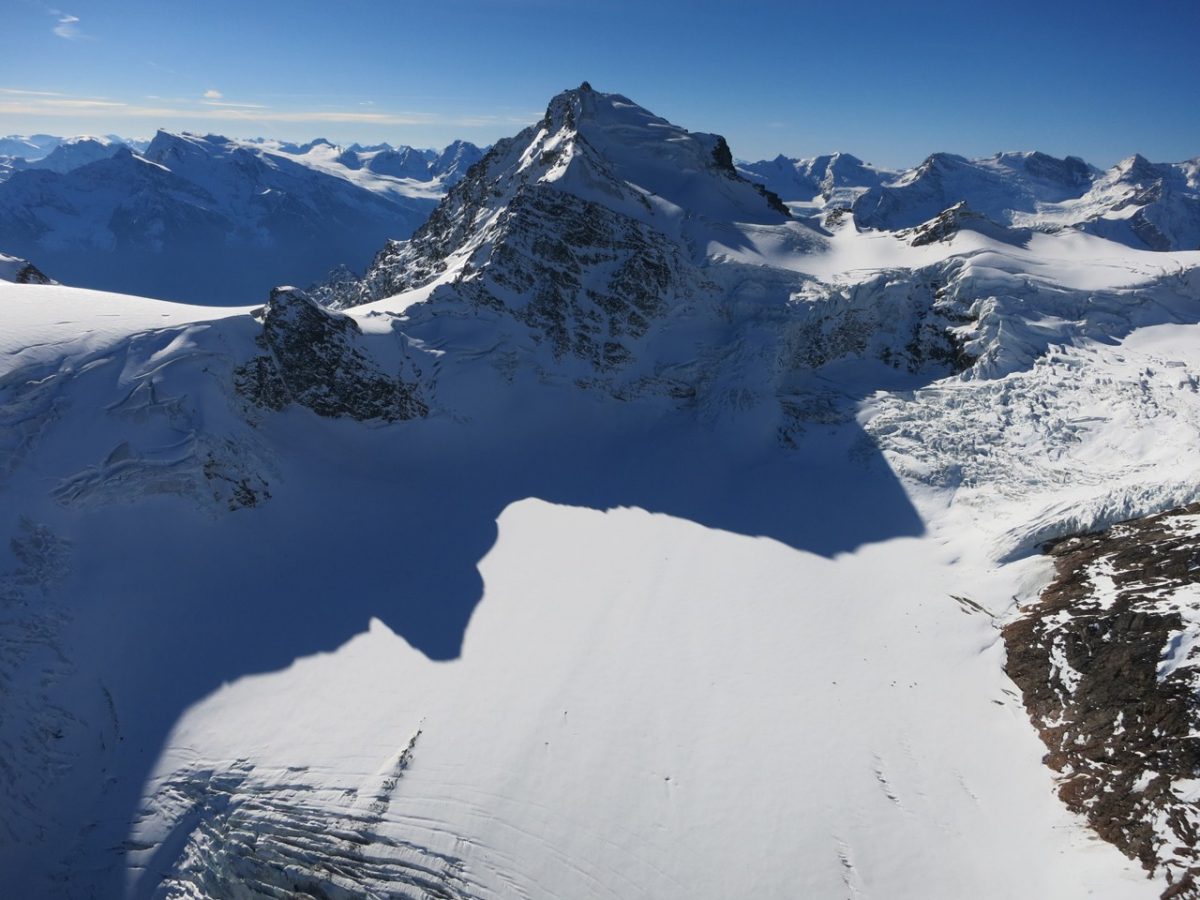 The Valemount Glacier Destination resort is slated to begin construction in the near future. It will have the largest vertical drop of any ski resort in North America. Some of the longest ski runs in the world. And absolutely unbeatable Canadian Rocky Mountain scenery.

It’s been extensively planned, approved by the government, and promises not to cause irreparable damage to the environment. In short, it sounds like the perfect ski resort.

But if that’s the case, why do I feel so conflicted about it?

1. A History of Controversy
2. A New Project: Valemount
3. Out With the Old
4. Keeping an Open Mind

A History of Controversy

Valemount has had a relatively quiet time getting planned and approved. The man behind it, however, is Oberto Oberti. You might remember that name from the rather uproarious controversy over the Jumbo Glacier resort.

That resort was projected to have serious negative consequences for the grizzly bear population and the glaciers themselves. Not to mention the First Nations peoples who had called the Jumbo valley home for thousands of years.

Fortunately, the Jumbo resort was defeated, thanks to public and corporate outcry.

Oberti didn’t make a great name for himself throughout this process. Millions of dollars spent, thousands of Canadians incensed, and, now, nothing to show for it. The Jumbo resort was in planning for over 20 years, despite significant local resistance. All for nothing.

You can see why many people are a bit suspicious of Oberti’s projects.

Valemount Glacier Destination is Oberti’s newest project. And this one has been approved. Of course, the strong force of popular opinion was given a bit more consideration this time. The environmental effects are predicted to be much less significant than those at Jumbo.

But still, Valemount will be in prime grizzly, wolverine, and goshawk territory. By virtue of being pretty much in the middle of nowhere, the land around the town of Valemount is absolutely pristine. Much like Jumbo, the landscapes are phenomenally breathtaking.

And Oberti is about to build a big resort right in the middle of it. It will host thousands of skiers (in both the summer and the winter), sightseers, and mountain bikers. As the resort continues to grow, the number of people and activities will no doubt grow with it.

As I’ve mentioned, the amount of environmental investigation and planning that’s gone into Valemount is impressive. There’s no denying that. And I mostly believe them when they say that the environmental impact will be as minimal as possible.

But still, there’s something . . . ugly . . . about putting a giant resort in the middle of pristine Canadian wilderness.

Out With the Old

In a world that’s increasingly industrialized, overpopulated, and extremely unfriendly to the environment, I find that I can’t support the development of land like this. Especially for a monumental ski resort.

Maybe if it was a small backcountry ski center, or a heli outpost, it would be different. But the scale of this resort is something else. It’s going to be a massive blight on the face of what was once untouched, wild land—a resource that’s quickly dwindling.

If we didn’t have enough ski resorts, that would be one thing. But British Columbia already has some of the best skiing in the world. Whistler and Revelstoke draw people from around the globe every year to experience a tamed version of the Canadian Rocky Mountain wilderness. And that’s great. I’m a skier myself, and I’m all for getting people out into nature.

But do we need another mega-resort? When Jumbo was being considered, the locals said no. Emphatically. What does Oberti and the British Columbian government think has changed?

And when giant conglomerations like Aspen and Vail are buying up resorts left and right, the loss of smaller and independently owned resorts rankles. Outside makes a good point in saying that there are a number of reasons why they smaller guys just can’t compete any more. But I’ve never been a fan of huge juggernauts owning everything.

So when you combine a private trust of rich investors—that will probably be owned by Aspen or Vail sooner or later—with the defacement of some of the world’s most beautiful mountain landscapes, you’re going to get some negative responses.

To be totally fair, much of what I’ve said has sprung from my emotional reactions. I don’t know a whole lot about Oberti, I don’t know the depth of environmental planning that went into Valemount, and I haven’t talked to anyone who lives there.

I’m ignoring the fact that it will create hundreds of jobs. And that it has the support of the Simpcw First Nation. And that more people will get to ski some of the rippin’-est terrain in the world. Just check out some of this heliskiing in the area (and don’t blame me for the music):

Even the fact that there’s going to be a First Nations Interpretive Centre there could be a positive (or quite exploitative, depending on how it’s done and how you feel about that sort of thing).

This is going to be a one-of-a-kind place, there’s no doubt about it. And I’m doing my best to keep an open mind about it.

Nonetheless, my gut reaction is that this is not a good thing. I’m all for trails. I’m all for getting people out into nature. I’m even for people getting way out into the backcountry if that’s their thing. But this sort of mega-development just feels . . . wrong. As someone who loves the outdoors, this feels like the opposite of what we should be doing.

All that said, I’m trying to stay open. I’ll be keeping an eye on the Valemount development to see how public opinion reacts to the continued development of the area. And I sincerely hope that the thousands of hours of work put into this resort make it a place that’s just as good for the environment and the local community as it is for skiers from around the world.

And, of course, I’d really like to hear from you, our readers.

What do you think about Valemount? Do you support this type of development? What would make you feel more positively or negatively about the project? Share your thoughts in the comments below!

3 Comments on "A Perspective on Valemount Glacier Destination – Enough Is Enough. Or Is It?"