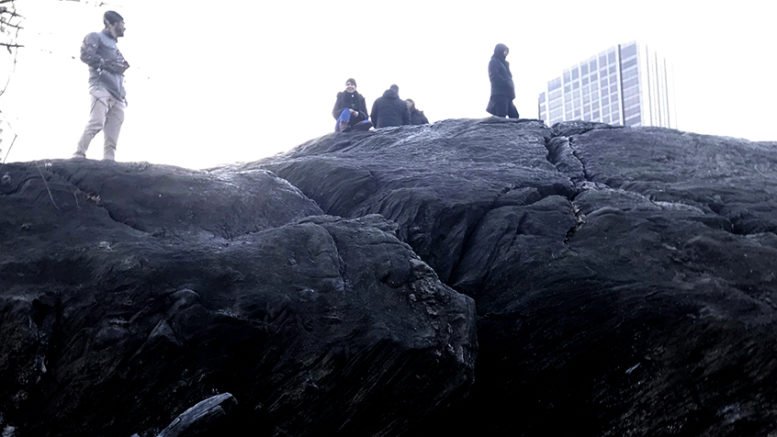 You can find outdoor adventure anywhere. Even in the heart of Manhattan. And that’s just one of many reasons why travel is so rad. Because you can be on a small granite island packed with almost as many people as live in Utah and Colorado combined, with endless concrete and stores and restaurants and flats like beehives and still find the hallowed climbing grounds of Rat Rock Central Park.

In the southwest corner of Central Park, by the baseball fields and next to one of the raddest stone playground castles you could imagine, there’s a massive set of boulders. Central Park is full of large boulders and slabs beckoning you to scramble and climb, and a few others have established routes, though mostly with steeper grades. But in this corner exists Rat Rock, with just enough height and challenge to invite climbers of all levels to get their pump on. Cracks, crimps, and leftover chalk tell you where to grab it, and there are usually a bunch of locals more than happy to give you some beta.

I made it there on an afternoon in February and started lapping lines. The rush of cold while changing into the climbing mocs I’d thrown into my shell centered me after a day going from toy store to toy store to fashion boutique to boathouse and past the building where Gozar the Gozarian breached New York. I pushed up and down the flake of Rat Rock (https://www.mountainproject.com/area/106044545/rat-rock ), on some V4 crimps. Laidback on another lap. As my son played on the swings and ran across a stone bridge I played as well, for the first time in this city I played as we humanimals were intended to. 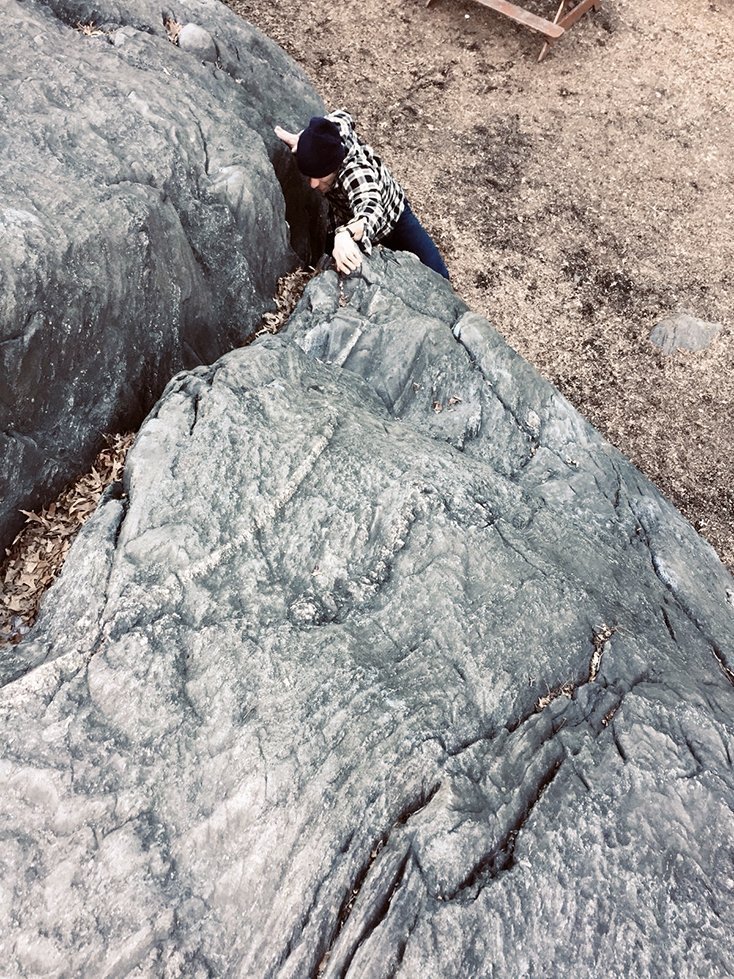 There are few places in the Western World as wild as Manhattan. From its history to its cuisine to its impact on world culture and art to its status as one of the great global crossroads, few urban centers can rival the great modern city Manhattan. But when you walk down Broadway, know you’re following the ancient hunting path of the Manhattoes. Go to the hotel named after landowner Astor made possible because of the money he made from trappers throughout the west including Davey Jackson, Bill Sublette and Jedidiah Smith; That is, the namesake for Jackson contributed to the fortune that would result in the Waldorf Astoria. NYC’s Rockefeller Center shares the name of the single biggest land donor to Grand Teton National Park. Chai Vasarelyhi, director and wife to Jimmy Chin, the first people in the history of humanity to win an Oscar for a climbing flick, lives there. One of Jimmy’s raddest pics is his shot from the top of the One World Trade Center.

The point of travel is to grow in ways that continuing to live your regular life will never allow. New York is a city all should visit for the near-unrivaled opportunity for new and genuine experiences and thereby growth (especially for us wilderness hermits).

Yet for a creature of the outdoors, a week in such a place has a way of making you feel trapped. You need a refuge where you can escape the manmade and get back into the divine. In the middle of the city is a boulder that has produced and enticed many great climbers, including the girl touted as possibly the greatest female climber in the world while still a high schooler. Rat Rock’s got what you’re looking for.

There are almost as many hotels in New York’s 5 boroughs as there are blatant rip-offs to the Burton Custom. You can stay in Brooklyn and be close to the awesome Brooklyn Boulders Climbing Gym. You can stay in Queens, either northside to be near the Brooklyn Boulders Queensbridge location or down south in the Rockaways if you want to surf. On Manhattan Island alone you could stay in various neighborhoods to visit historic birthplaces of music, poetry, literature, art, industry, so on.

But here are a couple of hotels near Central Park (outdoor bouldering mecca of New York) and specifically Rat Rock. 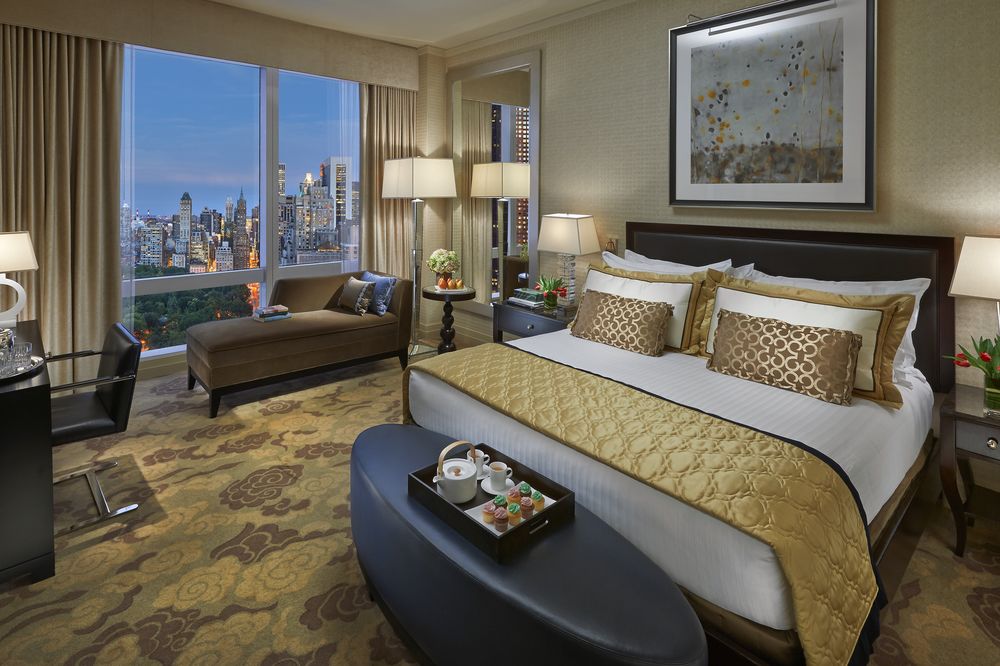 Mandarin Oriental is a top global luxury chain. But many of the nicest luxury hotels in New York ring Central Park. Mandarin Oriental is gorgeous and full of great places to eat; so is the Park Hyatt, the Carlyle, the Plaza (made famous by Kevin McAllister), but I’m going with the Mandarin because it’s so close to the rock you could run down while the significant other is in the shower, get in a few laps, and run down, sanity safely restored. You’ll still have plenty of time for a quick spritz before making it a couple of blocks to the Met for opera night with the special someone. 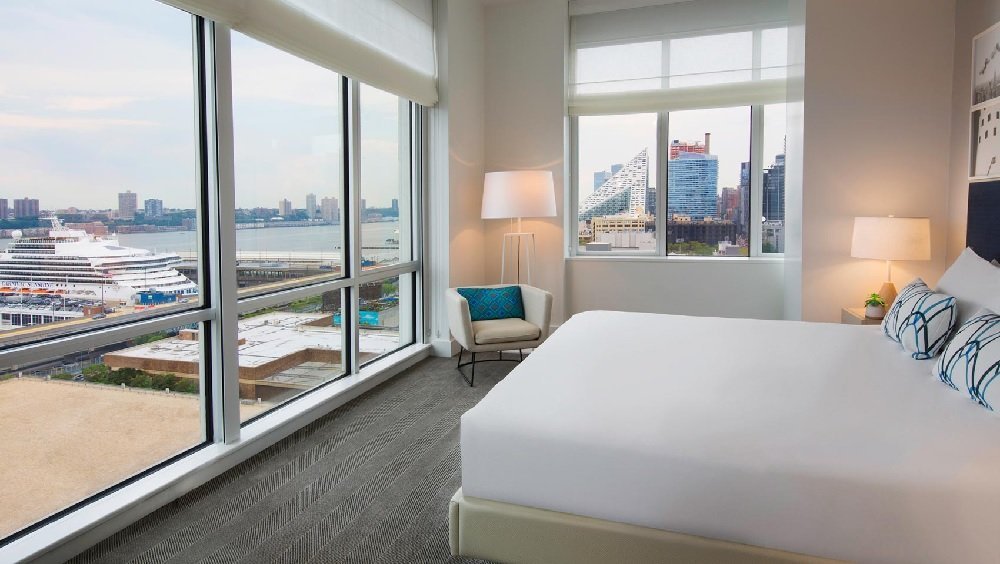 Kimpton Ink48 is located in Hell’s Kitchen, one of Manhattan’s few remaining “up-and-coming” neighborhoods, the Ink48 marries luxury to simplicity to affordable prices. Put in for a room with a Hudson View and wake up every day to shimmery riverfront. Grab drinks and appetizers on a rooftop lounge the Press Room with one of the best views of the center of the universe. Order the chicken and waffles at their onsite restaurant Print, and bring your dog (Kimpton’s dog-friendly and they don’t charge an extra fee). It’s a walk to the theater district, to 30 Rock, and to Rat Rock. 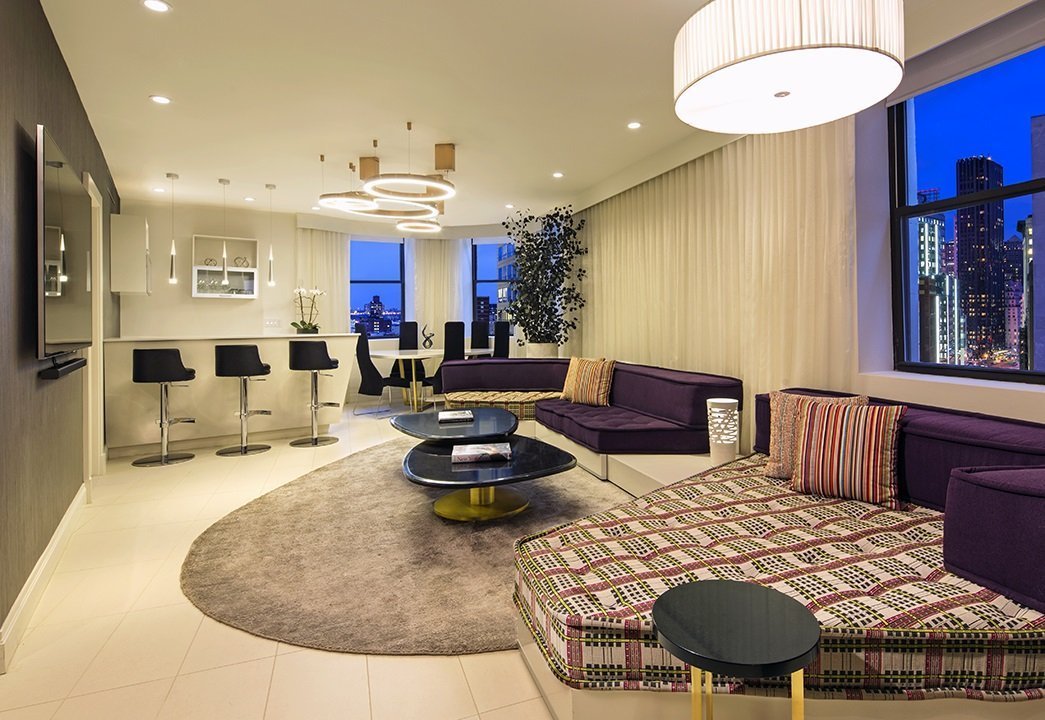 Dream Hotels are known for their carefully-curated young, happening vibes everywhere there’s a dream hotel. Near Central Park is the Dream Midtown, with its sultry rooftop pHd lounge (bonus points for Times Square views), its hip mixologized Rickey, and a regular crowd of movers and shakers (but if you want the full-on party scene, check out their sister location Dream Downtown, where bottle service at pHd is as lit as it gets). If you’re truly in New York to not sleep, here’s the spot closest to Rat Rock to do it in style. And book at the right time of year, you just must luck into a room for cheaper than $150 bucks. 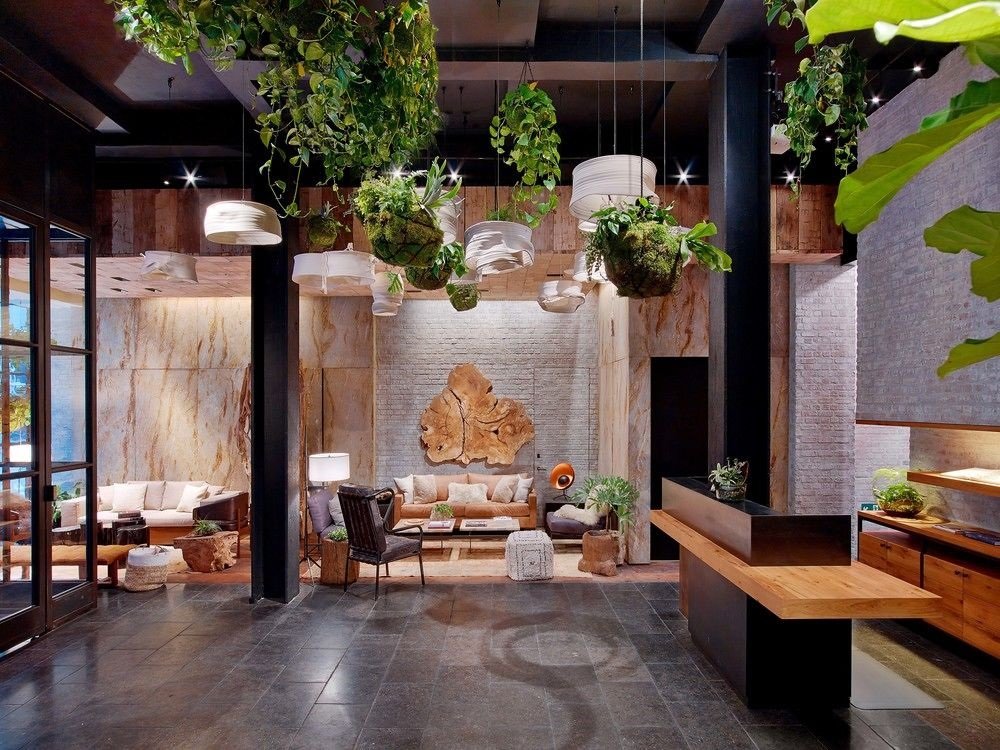 An “urban retreat inspired by nature,” from the ivy-covered exterior walls to the flora growing on basically every surface to the hand-hewn wood and rain showers in your room, the One Hotel Central Park is the spot if you need the feel of wilderness during your stay. Even the scent of their bath products is geared towards making you feel like you’re in nature. Yes, you’ll know you’re in a high-end hotel in the most high-end city in America. But you’ll feel connected to natural greenery while you’re there.