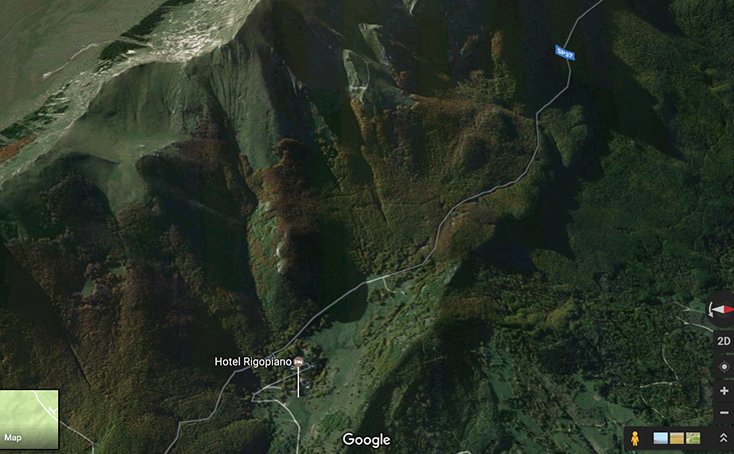 Hotel Rigopiano was built in the 1970’s under the towering Gran Sasso mountain, with an peak elevation of of 2,912 metres, (9,553 ft) the highest mountain south of the Alps and the Dolomites in mainland Italy. The Farindola region had experienced an especially cold winter with an abundant amount of snowfall leading up to the avalanche which rescuers assumed was caused naturally after a series of earthquakes 4.1 and 5.7 in magnitude rocked the region. 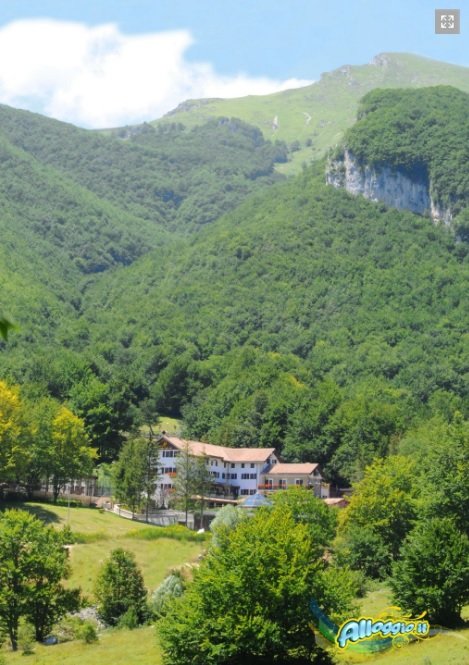 Without knowing the stability of the snowpack it’s possible to guess that cold temperatures combined with significant snow and a major earthquake caused the Gran Sasso mountain to release a wave of snow that came crashing down on Hotel Rigopiano, it’s guest, the resorts staff and two Abruzzese guard dogs along with their pups. 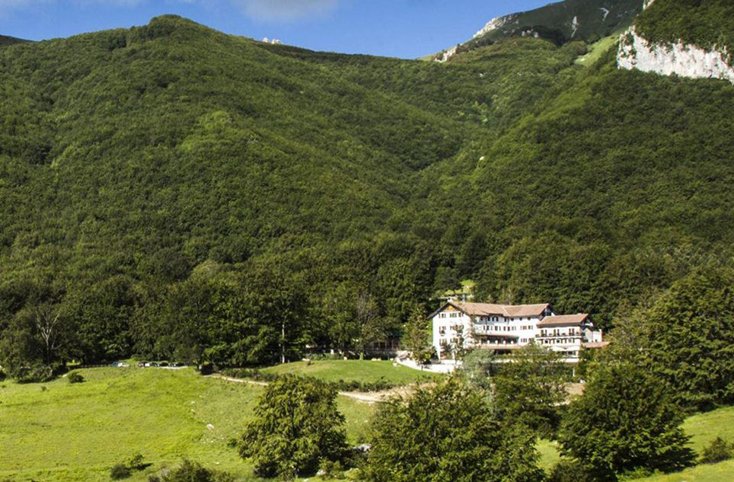 Although the hotel sits under a major avalanche path, the vegetation shown in these photos points to the fact it may have been a long time since an avalanche ran it’s full length to the valley floor. Sometimes avalanches like this one won’t run for years, decades, or centuries if not longer. 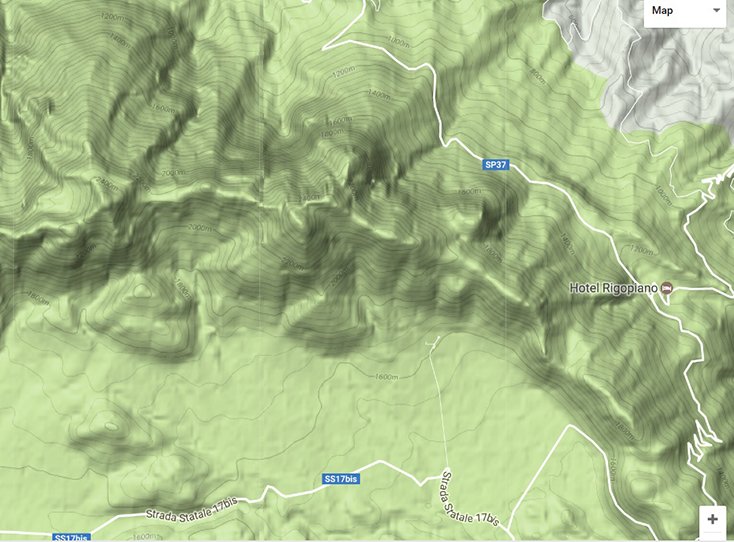 There are currently 30 people still missing, 2 people have been pronounced dead while 2 survivors are in stable condition. With warming temperatures and the possibility of more earthquakes the Alpine Rescue squad along with the National Alpine Cliff and Cave Rescue Corps coordinating the rescue are searching for survivors while towering peaks loom above them.