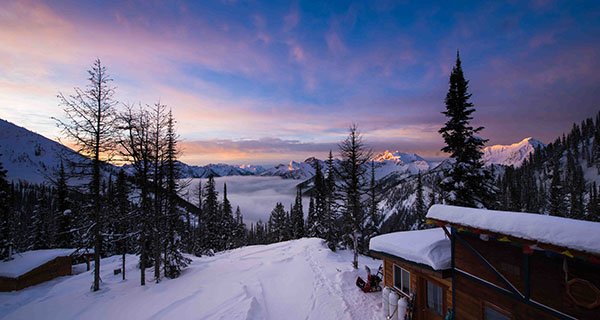 WINLAW, BC – If you weren’t already aware, there are a lot of backcountry ski lodges to choose from in BC. Lots. Few, though, possess as storied a past and as bright a future as Mount Carlyle Lodge in the Kokanee Range of the Selkirk Mountains.

Between Slocan Lake and Kootenay Lake

Well, aside from its proximity to similarly snow-smashed venues like Retallack Cat Skiing and Selkirk Wilderness Skiing to the north, Carlyle is sandwiched between Slocan Lake to the west and Kootenay Lake to the east, both of which are home to silver-rush towns whose bread and butter has since shifted from galena-rich ore bodies into dry and light Kootenay pow; where fortunes were once made grub-staking claims and working mines in the Kaslo and New Denver areas, plenty of BC’s core backcountry set count themselves as locals in nearby Nelson, Ymir, and lesser known enclaves like Kaslo and Silverton.

There’s plenty of pow to be mined in these mountains, and the savvy few still settled in the ghost towns of Sandon, Cody, and Three Forks can tell you that Mount Carlyle is where to go for the goods; While old-time miners made their way to town for supplies, it has always been the surrounding hills and peaks that have secreted away riches for the truly committed.

The Lodge is located at 7200 feet, a short heli-flight in from the Kaslo airport (air-strip, really, a loader clearing just large enough of a path for vehicles to pass through powder piled up to their side-view mirrors- And this is at valley bottom!). 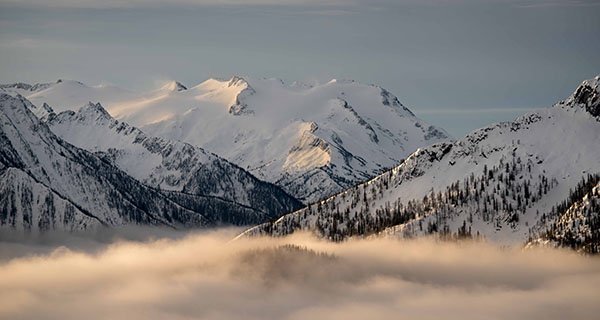 Depending on the weather and a given pilot’s preferred flight path, alternating views of the Kokanee Glacier or the ass-end of Retallack’s substantial terrain welcome you into the mountains before the Carlyle lodge comes into view.

Like a well-oiled machine, gear, goods and people switch out at the Carlyle helipad as leg-punched outgoing visitors dish the goods on what zones are best pillaged and pillowed for the incoming guests; this is integral beta, the veritable passing of the torch from a well-seasoned crew to an as yet uninitiated green line. 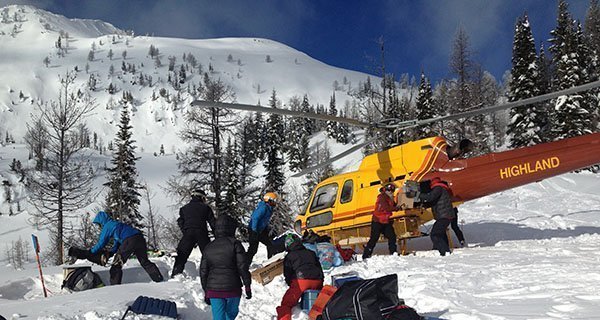 Lone Larches, Misty, Northern Dancer, Troll Trees, Flynt, Carpenter Trees, Lumberyard, these are zones that will rapidly become part of the popular lexicon around the communal dining table. Breakfast and dinner are definite highlights by any weary body’s estimate, but the real action, of course, is what takes place in the surrounding terrain; big mountain features, glades, wide open pow fields, Carlyle has it all.

If your timing is especially impeccable, you may even find yourself in the company of owner and host Brian Cross. “Bomber,” as he is known to friends, has cut his teeth in the Kootenay backcountry for over thirty years, first co-owning Valhalla Mountain Lodge and now presiding over Mount Carlyle, too. Nicknamed for an especially flammable incident with white gas and a propensity for skiing exceptionally (and sometimes recklessly) fast in his never-distant youth, Bomber knows the terrain inside out. Additionally, he is cut from a cloth decidedly more Earthy than many lodge owners/proprietors, a skier’s skier by any measure; Far from some oil tycoon playing at regaining their cool-factor, Bomber farms in the off-season and has worn more hats on an occupational footing than most of us have digits; prospector, fire-warden, ski-model(!), he spins yarns as thick as the annual snowfall.

Whether or not Bomber is in during your stay, the lodge is extremely well set up for either self-guided groups, guided cohorts, or for those preferring a fully catered experience. The hut keeper/custodian is never far off, their days filled with snow-clearing, ensuring your comfort, and of course slaying the occasional line. If unpretentious, pow-filled, ski-centric experiences are what you are after, Carlyle is the place. 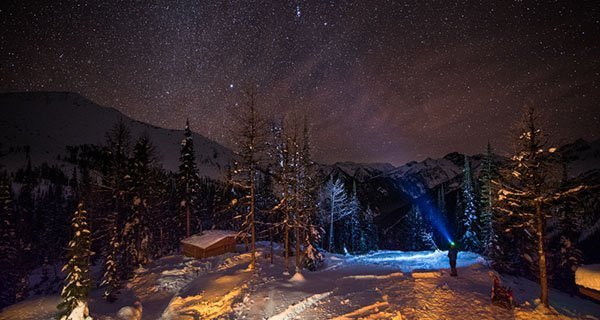