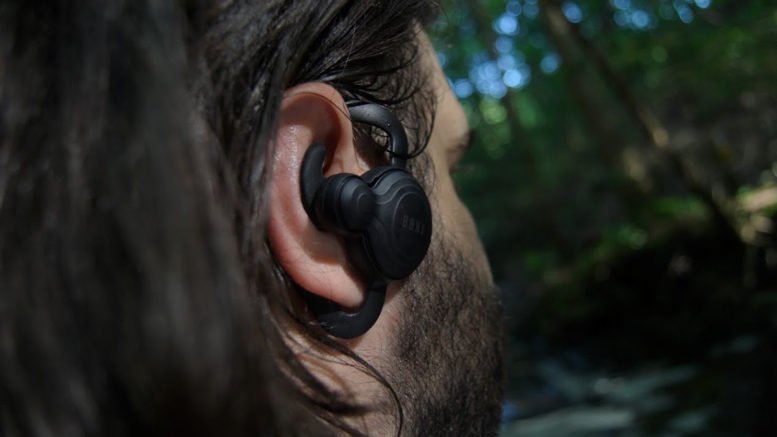 BONX is a Japanese company that claims to have designed a headset, and an app that simplifies the whole problem. So we’re going to put them to the test, taking two of their BONX Grip headsets into the woods. 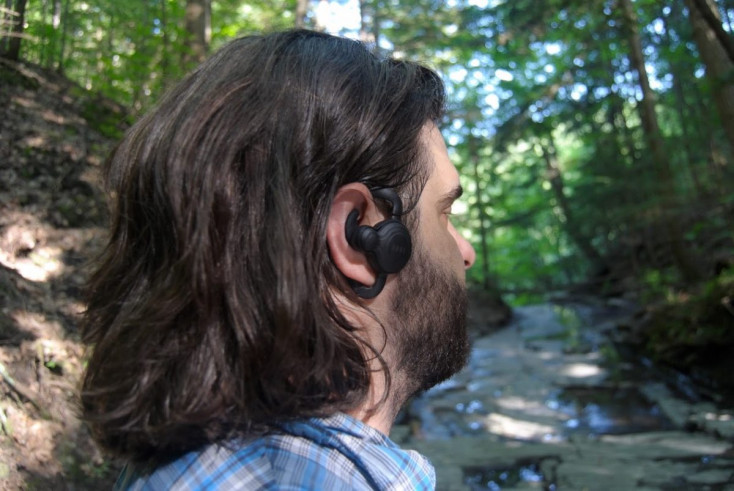 The first thing you notice opening the box is how much attention has been put into designing the BONX Grip. It’s sleek, straightforward, and it even feels good. Three different ear straps and two different earpieces make it easy to dial in the fit so the headset sits securely, but unobtrusively, on your ear.

Controls are simple, just a single volume/push to talk button on the outside and a power button hidden under a flap. That flap is enough to earn the BONX Grip an IPX5 waterproof rating, which translates to being more than capable of functioning safely even in heavy rain, though you’ll want to avoid actually submerging it.

Unfortunately, there are a few things keeping it from being perfect. Most significantly, it only mounts on your right ear. As someone with partial hearing loss in their right ear, I found this less than ideal, but it could also be problematic for individuals where their right ear is more exposed to ambient noise (like goofy-footed snowboarders). And while the audio quality was more than adequate for voice communication, it wasn’t up to the task if you’d like to use your Grip as a single-sided Bluetooth headphone.

Like the headset itself, the BONX app is well thought out and intuitive to use. While you do have the option to create an account (and save contacts and groups) one isn’t required and you can set up a group instantly simply by sharing the app-generated six digit code. Interestingly, it doesn’t appear you need a BONX Grip to use the app, as during the course of the review we found you can use the BONX app with other Bluetooth-enabled devices, or even with the phone’s speakers themselves.

Also worth noting is the SIZE of the app. The Android version comes in at just 15MB, roughly equivalent to four MP3s. Which means it’s easy to find space for it on your phone, or download in the parking lot if you realize you forgot to do that before you left home.

So the hardware is good, the software is good, even the idea is good. We all want to make communication easier, and if we’ve already got our cellphone in our pocket why not use it to bring us closer together?

Unfortunately, there are some small problems with this plan. First, the way the BONX system works isn’t quite the same as a face-to-face conversation. When it detects you’re speaking it records that message, beginning to end, then packages it and sends it to everyone else in the group. It appears only one message at a time will play, which is a good thing, but in larger groups, it could be very easy to generate a “backlog” of messages making it very difficult to respond to anything you’re receiving in real-time.

But unfortunately for BONX, the real problem isn’t anything they did wrong. It’s the fact that the service they provide relies on everyone in the group having a stable, and powerful, internet connection.

You catch that last part? Your phone needs to have a stable and powerful internet connection. Which is fine if you’re in an urban environment, or anywhere that you can count on 4G service flowing freely. But you don’t need to go that far to find the limits of that service. We tested the BONX, Grip in upstate New York’s Plotter Kill Preserve, a county park outside Schenectady. It’s a small and convenient park, perfect for quick weeknight hikes and testing gear for Mountain Weekly News. It’s hardly the center of the universe, but it’s not the extreme backcountry either.

And in this rustic but not isolated setting, the BONX app struggled to maintain a connection between our two test units. Messages were frequently interrupted by notifications that one or both units were losing connection, and even when they were both connecting, the slow mobile broadband in the area meant messages could take up to thirty seconds to get delivered to the other unit. 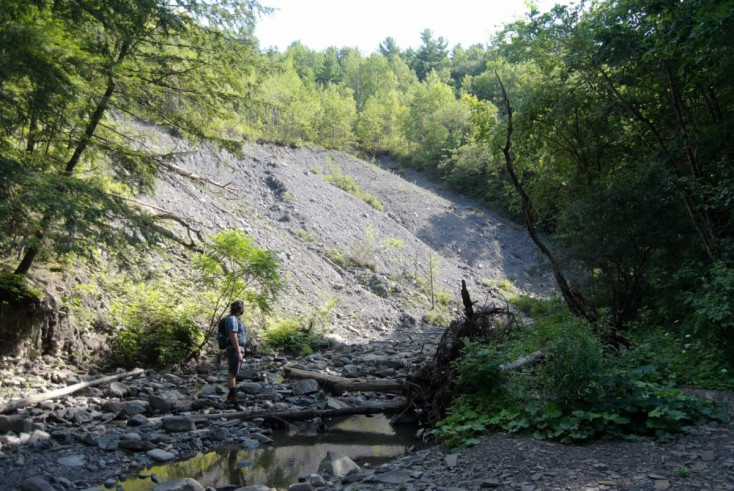 In the end, relying on unreliable mobile broadband connections makes the BONX Grip a tough sell. If you’re in an urban environment they work well enough, but with so many other ways to communicate in that setting, they’re not meaningfully useful. And in a wilderness setting, no matter how soft your definition of “wilderness”, they are too unreliable to be convenient or safe as your primary means of communication. Add in the cost ($140 each, or $250 for a pair) and it’s hard to justify them up against the reliability and affordability of even a basic two-way radio.