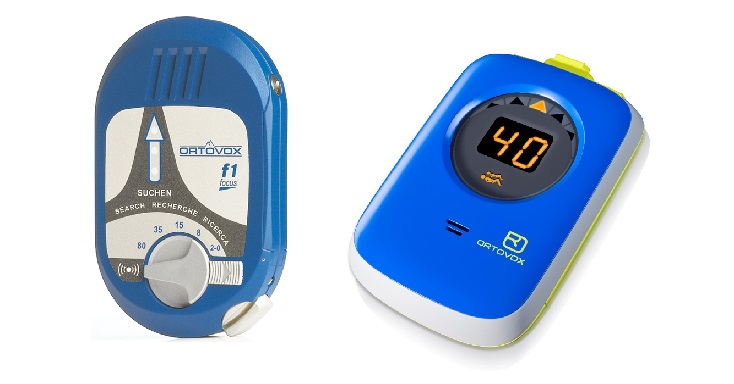 Recently I had a friend of my father-in-law ask me about avalanche transceivers. He’s an avid sledder (Braaaap) and was considering getting a new one. I asked him what he currently was using and he pulled up a photo of…an Ortovox F1. After being shocked and horrified I told him he should definitely upgrade. (And I told him no, carrying your transceiver in your backpack is not wise)

Transceivers rely on the fact that someone else has one and is looking for you with it. If you’re using old outdated technology and get buried, chances are people will still find you. Though it may be slower for them to pinpoint your location, and in the event you need to find a buried subject older transceivers certainly have some disadvantages. The 457kHz single antenna transceivers are still functional and better than no transceiver. However they have numerous drawbacks while newer transceivers have functions and advantages making them more efficient and easier to use.

This is the duration and timing of the electronic “beep” emitted by a transceiver. Old single antenna analog transceivers have a longer pulse period meaning if you’re dealing with a multiple burial situation you’re gonna have a bad time because the “beeps” will overlap A LOT making it difficult to differentiate one signal from another. New transceivers have a shorter pulse period so it’s much easier to identify a multiple burial scenario.

modern transceivers utilize three antennas. Old school transceivers have one or two. Having three antennae doesn’t increase your range, but it massively assists when you’re within 3 meters by helping you deal with flux lines on a vertical plane. (Hardcore nerd stuff, I’ll explain it later). One or two antenna transceivers are common candidates for “spikes” which are false maximums, or the numbers tell you you’re closer than you really are.

Modern transceivers show you in a numerical value how far away your next buried target is. They also show you what way to go with directional indicators. Most modern transceivers also have a “marking” option which enables you to ignore selected signals making a multiple burial situations much easier.

To excel at using an analog transceiver you need to be well-practiced, know the beep beep boop noises and know when to adjust the sensitivity. Digital 3 antenna transceivers eliminate a bunch of the brain work and do it for you. This isn’t a bad thing, under stress having a robot rectangle that tells you where to find your buried friend with minimal mental exertion is great.

Earlier I mentioned flux lines, now I’ll explain. Transceivers emit an electromagnetic bunch of wizard magic that is shaped like an onion. Lines of energy that are curved and begin and end in the top and bottom of a transceiver. However they aren’t just horizontal, they radiate out in a 3D sphere. 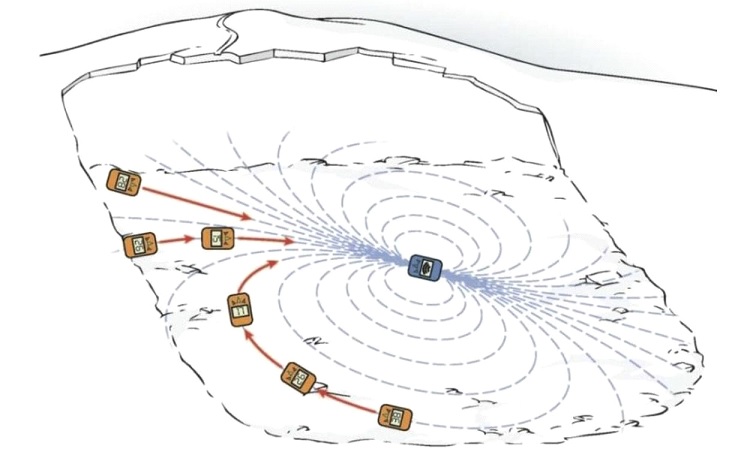 A modern avalanche transceiver has three antennas. One running the length of the device, one running perpendicular to that one and one little shorty running vertically. So a buried person has their transceiver on and it’s sending out a flux pattern. Your long antenna (lengthwise one) works to figure out what direction to go. The sideways antenna does math and stuff and in conjunction with the other guy helps you determine the distance and fine tunes direction. Now, computer processors are smart but they still make mistakes. If you follow the arrow on your digital transceiver but the distance gets bigger it means your transceiver is locked in on that buried transceiver but it’s following the flux line the long way around. Turn around 180 degrees and go find that buried subject. Once you’re close, the third vertical antenna comes into play. Remember that flux lines are spherical, so this one helps you pinpoint the burial location.

Old transceivers that only have one antenna require much more skill to effectively operate as the orientation of the buried transceiver can make it much more difficult to hone in on that signal and figure out which way to go. Difficulty in use can mean wasted time and that’s not something we really want to waste in the event of an avalanche burial.

In conclusion, modern 3 antenna transceivers are just way more technologically advanced and easier to use. You might be awesome with your old transceiver but if something goes wrong can you tolerate knowing you could have done more? Why not use the latest and greatest tools, especially when people’s lives are potentially at risk. And primarily, PRACTICE! The more you can practice the better. Hopefully you’ll never need those skills but wouldn’t you rather have them and never need them than the other option?

Be the first to comment on "When is it Time to Retire your Avalanche Beacon?"