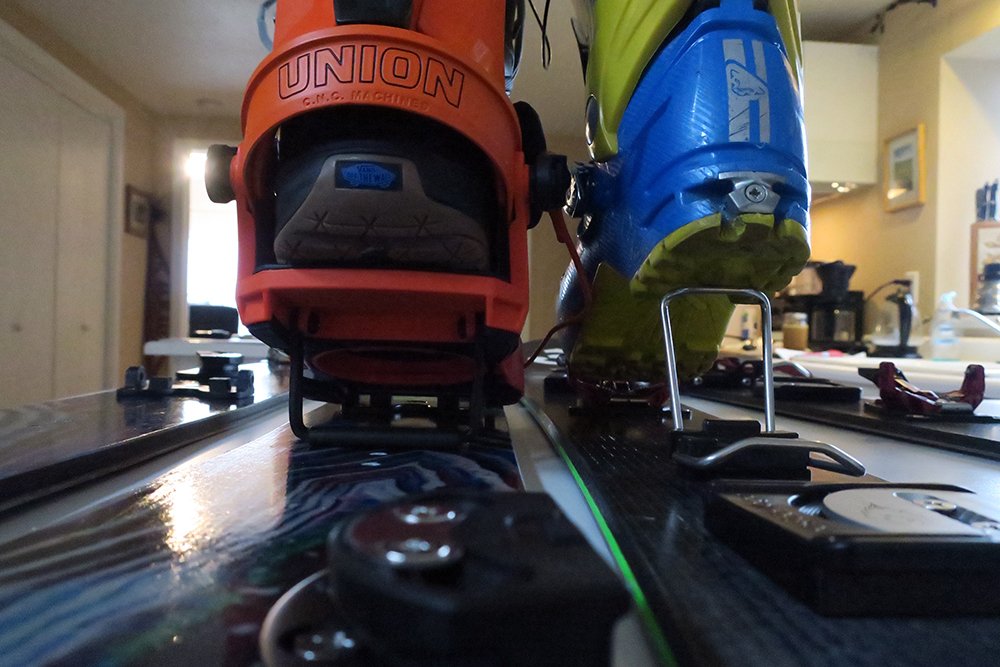 With a splitboard hardboot setup say goodbye to blown ratchets, snapped ladder straps and clunky inefficiency of having soft boot bindings banging around as you tour uphill. I was tired of the weight, inadequacy and sloppiness of a soft boot touring setup. Working as a splitboard guide I was disgruntled with the setup, switchovers took too long, kicking steps hurt my delicate toes, and my skiing guests always being clicked in and ready to go while I fumbled with traditional bindings pushed me over the edge.

I decided to start splitboarding with hardboots and took the plunge buying a pair of Dynafit Neo AT Boots, the TLT’s commonly considered as the top splitboard boots were just too damn narrow for my landbeast feet. The next step was the Spark R&D Dynafit Adapter Plates, the thingers you need to attach Dynafit Toe Pieces and your heel risers to a splitboard. Then came the bindings, being a broke ski guide, the Phantoms, while considered the apex of hardboot split technology,  were too much money for me, leaving one option. The Spark R&D Dyno DH Bindings were affordable and lightweight. The final step was ordering Spark R&D Canted Pucks so my ankles wouldn’t snap off, hardboots are….hard, so a couple of degrees of canting was rather pleasant.

800$ ski boots are shiny…shiny and new. But they suck at snowboarding. To fix this issue I took desperate measures. One blowtorch, one file, one Exacto Knife and one Dremel tool. The locked-in ski mode was too tight, not enough movement forward and backwards to feel like decent snowboard boots. So the Dremel tool and file came in, cutting out the opening in the heel block to be wide open, giving me plenty of movement. 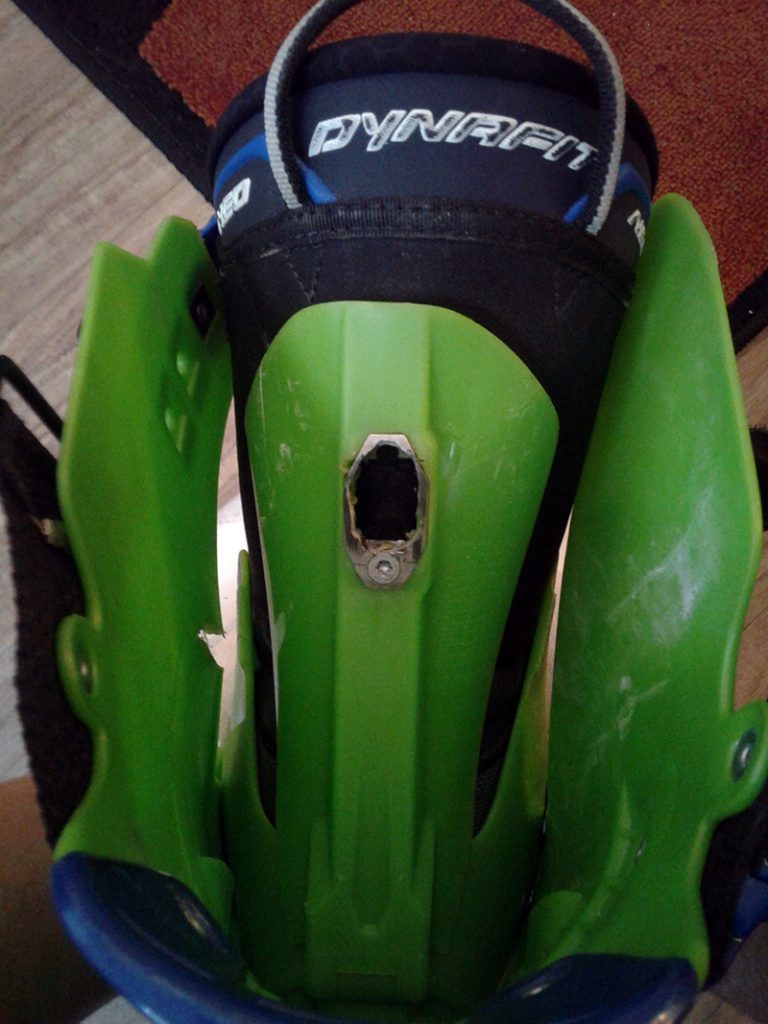 Next step was lateral movement…side to side wobble for the layman. The boots were too stiff sideways, so the blowtorch and exacto knife were used to cut out chunks of the upper cuff… 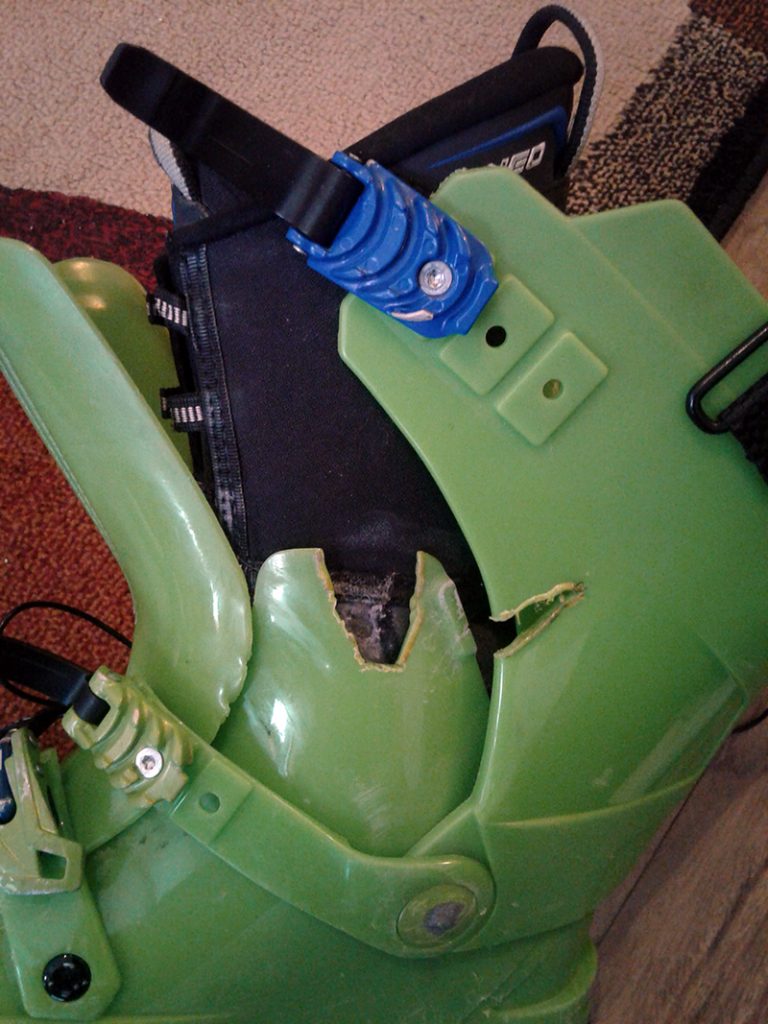 Mods completed, several boot punches finished to allow my giant wide feet to remain in the boots without wishing for death after a day, the setup was ready. First thoughts, wow! The transitions were fast, like crazy fast. Energy transfer, carving and riding in tight trees was incredible, every movement was instantaneously transferred into the board. Downsides? Well, you are wearing ski boots…so that sucks. And tight plastic wrapped around your footies is decidedly awful when its cold, intuition liners help with that problem. But the snowboarding is incredible. The downhill split skiing is also massively better, makes you think you can almost actually ski. And your feet stay dry all day, unless you have really gross sweaty feet.

Moral of the story? If you slackcountry tour the hardboot setup isn’t for you, stick with the comfy softboots. If you tour a lot however, the hardboot setup is amazing. Lighter, more efficient pivot point for your foot, better edge control. Your snowboarder friends will think you’re weird, your skier friends will think you’re weird. If you can handle the ambiguous nature of being a ski boot wearing, pole using splitboarder, splitboard hardboots are amazing! 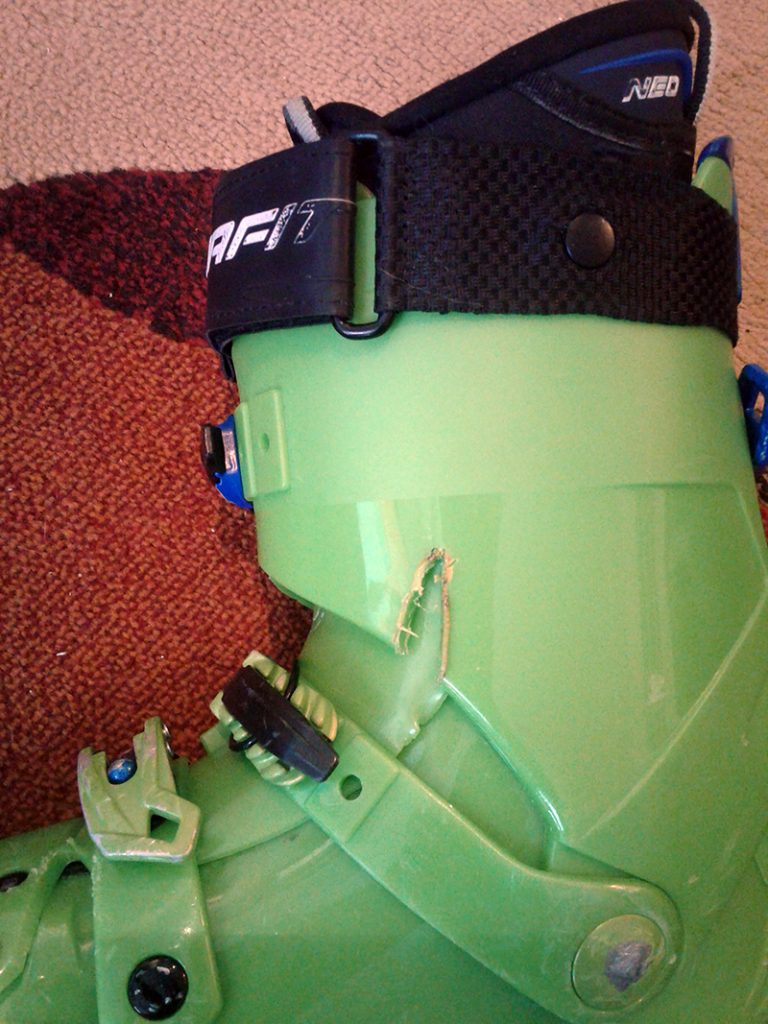 2 Comments on "So You Wanna be a Hardboot Splitboarder?"