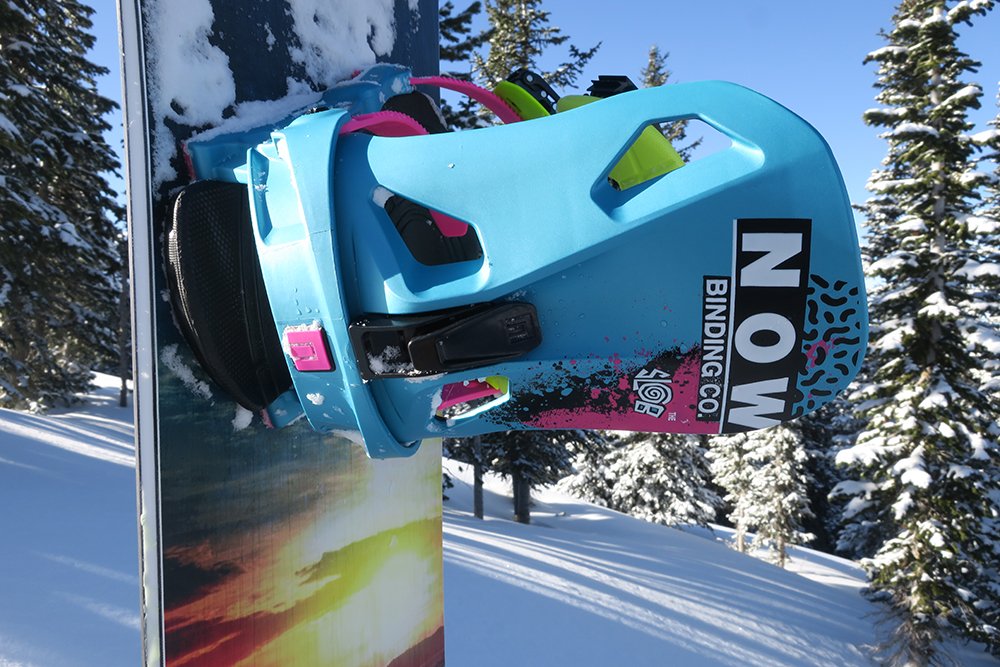 If you’re a snowboarder that surfs (or want-abe) the NOW Brigade Bindings are the only pair of snowboard bindings you will ever need to own, and here’s why.

NOW’s the first snowboard binding manufacture to build a pivot point directly into the middle of the binding, they call this Skatetech or the Hanger.  What Skatetech does is allow the binding to mimic a skateboard truck by rocking side to side.  And in return this allows for a super lively, and my favorite word in snowboarding “surfy” feeling, and not some kook sh*t but a true surf, pump down the line feeling comes underfoot when using a pair of NOW bindings, and it’s not just the Brigade, all the bindings in the NOW line feature Skatetech. 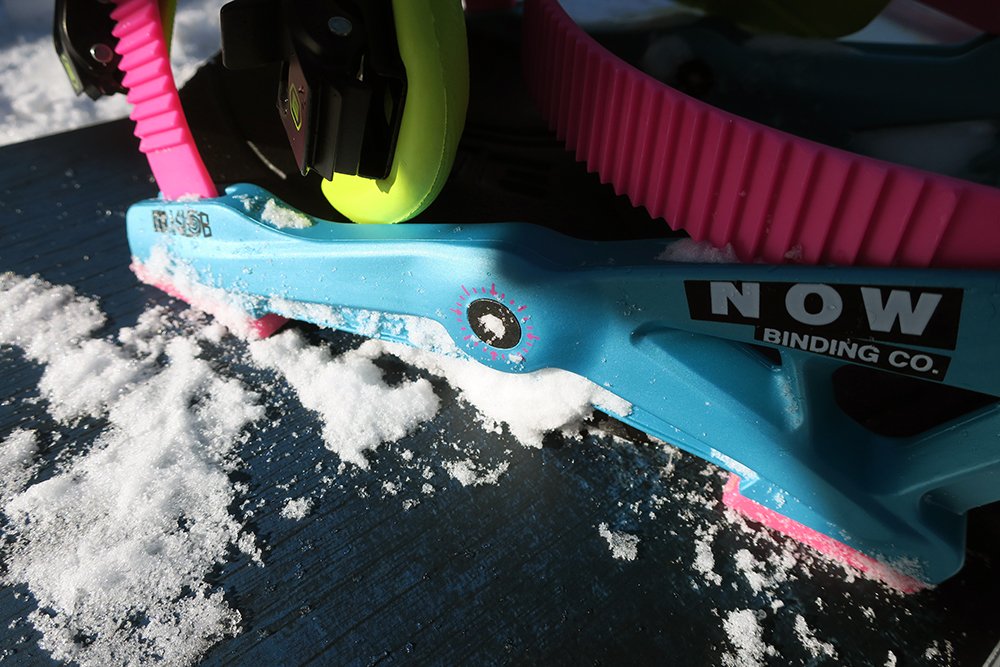 Along with the Hanger system, the binding comes with built-in rubber bushing in each corner of the binding that makes contact with the board.  Toss in the Foot Pillow stomp pad and you have a binding that you’re feet will enjoy being in day after day.  Say goodbye to foot pain after a long day of taking laps at your local resort in the NOW Brigade Bindings.

The Brigade Binding comes with a flex rating of 6-10 which makes this a perfect blend of freestyle and big mountain shredability.  You can easily tweak out airs in these bindings while feeling comfortable holding an edge in steeper terrain.  Honestly, I can’t think of any sort of terrain the NOW Brigade Bindings wouldn’t crush?

Here comes the only hiccup with these bindings, the sizing.

I run a 10 or 10.5 boot.  However, with NOW I ended up in a Large binding which looks huge on my board, and even so with my foot in the binding.  All that being said the binding performed flawlessly (even being a size Large).  One has to wonder what a snugger fit would do for such a great binding?  I would like to see if I can fit into a Medium, as less is more.

This binding, in particular, is a favorite of professional snowboarder Devun Walsh and makes sense as not only can the Brigade Binding perform at a high level, these bindings can take a beating in the backcountry. Toss in a lifetime warranty and it will be hard to find yourself putting anything else underfoot.  The reliability, power, and fun that these bindings offer are unlike anything the snowboard industry has ever seen before. 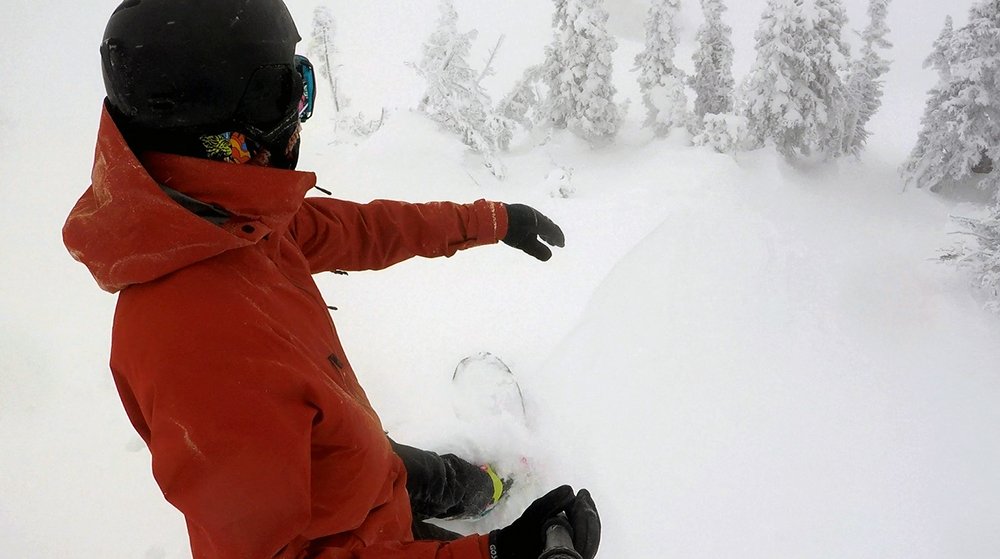 It would be impossible to try a pair of NOW Bindings and not fall instantly in love.  For anyone that has ridden these bindings before most likely you’re not still reading, for everyone else, aka you.  Jump on a pair of NOW bindings and let snowboarding be refreshed again.  Speaking of refreshed, I had the pleasure of testing the Retro Brigade Binding ($249).  This screamed 80’s punk rock, the Sex Pistols.

oh and NOW is part of the Nidecker Group *(YES, Jones Snowboards, NOW) ~ you’re in good hands with these guys.