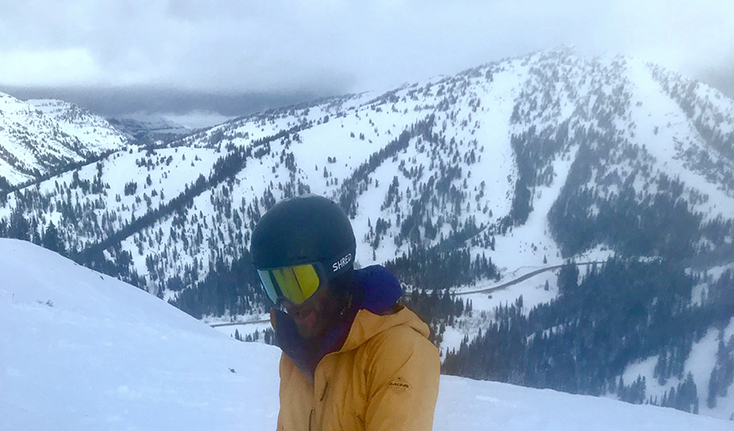 You can’t go out on the hill these days without seeing every other snowslider wearing a pair of Shred Simplify Goggles. They’re more popular than Lamar Jackson at an NFL jersey exchange. But it makes sense; the Shred Optics Simplify is the best vision enhancers on the hill. For width of vision and breadth of light settings, the Simplify simply dominates.

This lens spreads pretty wide from frame to frame, giving you the ability to see those trees out of the corner of your eyes. The frame is actually slightly detached around the ends of the lenses, which allows the lens to move slightly independently of the goggles, giving you more field of view versatility. Basically, thanks to the SHREDWIDE lens, you can’t help but see everything outside your slope, from that tree in your blindside to that smokeshow who just flew past on your left. Thing is, the width is almost as good as the breadth of light you can adjust to without changing your lens. Contrast. That’s the first thing you lose in low light, cloudy days and snowy afternoons. Can’t tell the hill from the sky. Shred Optics’ CONTRAST BOOSTING LENS (CBL) are specially made to show you even the faintest of changes from snow to different snow to cloud. Their NODISTORTION tech adds to that even more freaky science that splits images from one to another. What does this mean? It means when I was in one of those trademark Targhee whiteouts in November, I had freakishly good vision, like the first time you go snorkeling with proper goggles. Kinda the exact same thing, actually. Also, on that tour where it went from bluebird sucker hole to endless gray while I was changing from split to downhill mode, I could see even clearer with the supposed “bright light” highly reflective lens than I could with my bare eyes.

The Shred Simplify comes with two lenses — one high light and one low light. That said, the high light lens works almost as well in low light as the low light lens. They even come with two bags, one for the goggles with lens installed and a second for your replacement lens. Shred even has its own 1-2-3 SHRED REPLACEMENT SYSTEM. To replace the lenses, simply pull the frames apart in the middle, then insert your second lens by pushing down on one end until it clicks, then the other end and finally clamping the bridge. However, I would suggest you practice doing this at home first. The process takes a little more play than you might think, and certainly, a lens change for the first time in the field is ill-advised. You don’t want one big slam to knock your lens out because you didn’t do it right.

Shred Optics has taken the snow world by storm, no doubt because of its industry-leading contrast and clarity technology. I’ve never had a goggle lens that showed the world and snow, its undulations and its weather, with such clarity. I wouldn’t say the purpose of Shred Simplify Goggles ($219.95) is to protect your eyes; nah, these are for protecting your whole body by amplifying reality so you can see like a hawk while ripping downhill way faster than you should.

While it takes a little practice to change the lens, however, even that becomes quick and painless eventually. But really, you’re not gonna have to change the lenses for 90% of the conditions you’d encounter so I wouldn’t worry too much about that.

We dig this goggle a lot.  In fact, I recently named one of the best snowboard goggles of the year.