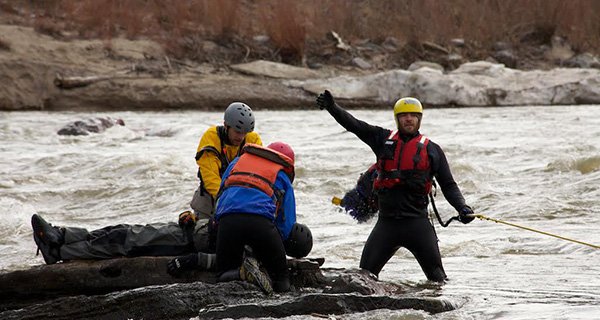 I have been privately whitewater rafting for six years now and starting guiding commercially last season. This season I was required to take a Swiftwater Rescue Course for my new guiding position in Alaska. I have always wanted to take one but since it wasn’t required I kept putting it off.

I came across WRI (Whitewater Rescue Institute) by the way of luck. There are many different companies that do classes but the one I signed up for canceled at the last minute. They said they didn’t have enough people to fill the class. This left me in a tight spot, luckily WRI was having a class the same weekend, at the same spot, for $20 less. I was saved! There was so much that encompassed this class it is hard to cover it all but here is a solid summary of it. 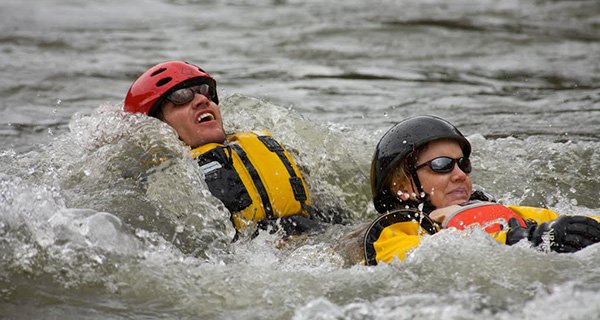 The course was located at WRI headquarters just outside of Missoula, MT on the Alberton Gorge. Pulling up to the boathouse I was instantly impressed by their organization. We started off getting to know each other. There were almost 30 people enrolled for this class which I thought was a lot. Cody Harris and Mike Johnston were going to be our primary instructors. Right away you could tell they new what they were talking about. We had a open discussion on a video we watched of different accidents and rescues. Then covered the basics of hydrology. After the class room time we headed out to the gorge where we had a cataraft, multiple rafts and a couple inflatable kayaks. I thought this was a big bonus, being that a lot of courses you never really get on the water in a vessel. We practiced flip drills, reading and running, identifying hazards, boat spacing, swimming rapids and so on.

We changed the location to the Blackfoot River for day 2. Here we practiced human chain techniques swimming rapids, eddy jumping, rope throws, foot entrapment, strainers, live bait, and rescue swimming scenarios. At the end of the day we went over different types of knots and setting up Z drags. The instructors were willing to stay as long as people had questions on stuff and made sure everyone understood tying knots and setting up a Z-Drag. 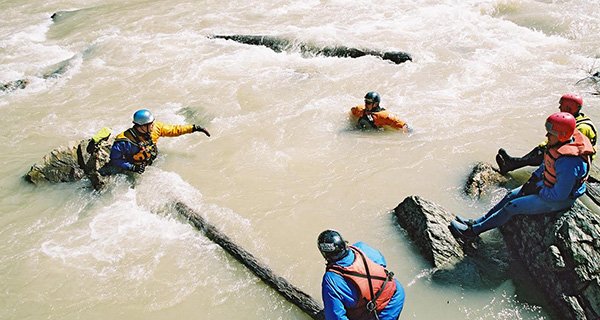 We split the day with half of it on the Clearwater River and half on the Blackfoot. It was great how they took advantage of certain spots on certain rivers to create rescue scenarios. Here we practiced low water dam strainer, bridge strainer, and zip line scenarios on the Clearwater. Then went back to the Blackfoot and practice stranded victims, boat pins, strainers, unconscious swimmers and so forth. The boat pin and strainer scenarios were very well dialed. They actually had strainers set up so you could get pinned by them to feel how hard it is to get over after you are pinned. They also pinned a canoe, with a victim that was also pinned against the canoe, that we had to rescue. The canoe required a Z-Drag to get it unpinned. The great thing about day 3 the were able to incorporate everything from day 1 and 2 into day 3.

Cody and Mike and the rest of the WRI crew were really able to take a large number of students at different comfort levels, and successfully keep everyone fully engaged and learning throughout the entire class. We had a large number of search and rescue, some firefighters, private boaters, kayakers, raft guides, and novices. These dynamics can make it difficult but I felt they thrived off of it. They were also able to create very realistic scenarios. They put themselves in some really tough spots and really made you think of the safest way to rescue someone. They were able to make the class fun along with pushing the limits. If you are interested in doing a course like this I would get a hold of these guys for a 5 star experience. They offer classes all over the world. Check out there website for more information. http://www.whitewaterrescue.com/

Be the first to comment on "Swiftwater Rescue Course Overview"