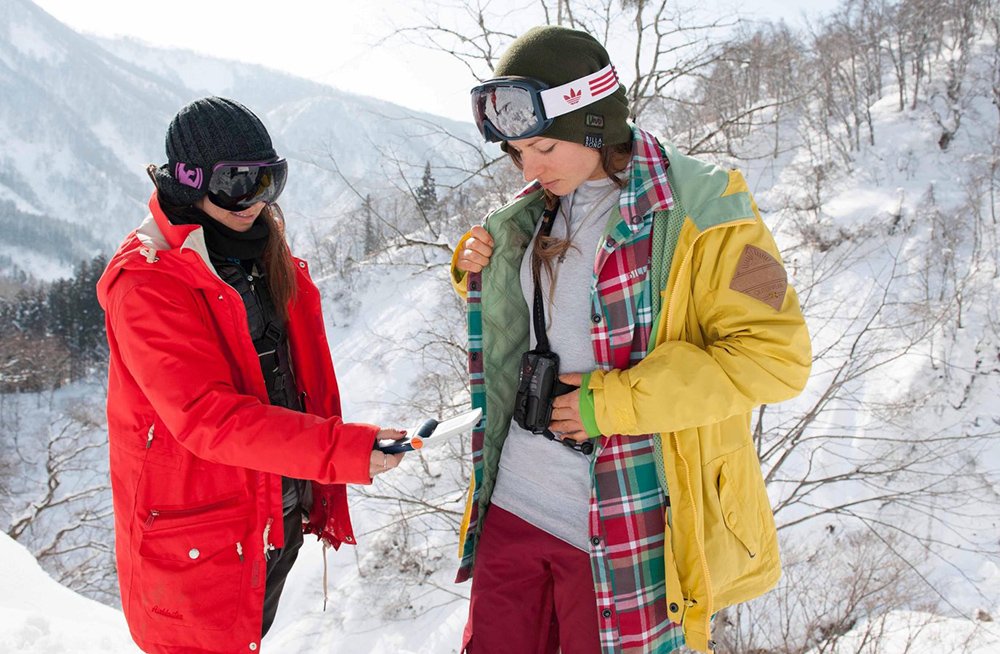 Buying a fancy avalanche beacon that has all the bells and whistles doesn’t mean you are prepared. It means you potentially have the tools to be prepared. Whatever avalanche transceivers you get, PRACTICE with it. Practice a lot. You need to be so good with your transceiver that you don’t even have to think about what to do if something happens.

With that all said, here’s a brief rundown of some of the common modern avalanche beacons and their pros and cons. Oh and I’ll be mentioning “signal suppression” which is fancy talk for the transceiver can ignore a signal making multiple burial situations easier, basically turning it in to multiple single burials. And I’ll only be covering triple antenna digital transceivers. Upgraded software version of the BCA Tracker 3+ (which makes Super Mario-esque sounds upon start up), All the same stuff as the 2, but this version of the Tracker Beacon has upgradeable software. Signal suppression only can mark 1 signal at a time.  is very popular amongst guides. I may sound biased on this one but that’s because it’s what I use so I know it quite well. It’s like the Barryvox, but has analog mode. And such a huge plethora of other features it can be overwhelming. Not worth the money unless you are a professional, and even then there is a bit of a learning curve as this is the most advanced transceiver on the market. Important to note is the Mammut/Barryvox Transceivers have W-link, which is an identification software only in their transceivers. All transceivers run on 457 kHz, due to signal overlap though even the new transceivers with a signal suppression capability can get confused and drop marked signals and otherwise confuse you. The W-link is a separate identification method…Here’s an analogy, 457kHz is like identifying us all as humans. We know other humans when we see them, but its tough to differentiate between them sometimes. Just like Transceivers. The W-link is giving a name to those humans…and transceivers. Not only can you identify them as humans, but you know them by name. So if you have a bunch of W-link capable transceivers your ability to use signal suppression is huge…you can mark like…well I’ve done 10. Key point though is if the transceivers don’t have w-link, don’t count on signal suppression. Micro BT Button and Micro BT Sensor: These are Pieps’ extremely compact and lightweight offerings. Using only a single AA battery but still maintaining fairly decent battery life, these transceivers will fit unobtrusively under your coat. The BT stands for Bluetooth, meaning you can update software via the Pieps Avalanche Beacon app on your phone and manage features. The primary difference is the Micro Sensor has no Search/Send button, it’s designed to automatically switch to search mode when you remove it from the harness and start moving it around. Some people thought this was a breakthrough innovation while others hated it, so they released the Micro BT button to appease both crowds. The Micro BT button, you guessed it, has a button to switch from send to search. The Pieps Powder BT (The identical Black Diamond Beacon version is called the Recon) is the slightly fancier version of the DSP Sport. The BT indicates that it has Bluetooth and is upgradeable via an app. The only other differences are a motion sensor, increased battery life, and a tiny bit better range in the Powder BT. The Pro BT/Black Diamond Guide BT is the updated version of the DSP Pro. It has all the bells and whistles and is the high end transceiver offered by Pieps. It has a scan function identifying numbers of signals within set distances, an inclinometer, analog mode and all the features of the previous two. The 3+ is Ortovox’s high end transceiver. It has multiple signal suppression, auto revert and an easy to use intuitive design. It is digital only with no alternate analog mode. The 3+ has what Ortovox calls “smart antenna” technology which identifies the orientation of the transceiver and can transmit on the antenna which will be most effective for being found. Important to note that the 3+ using software version 2.1 had a recall due to the software causing an issue with the transmitting. Ortovox released a software update in June 2020 to deal with this issue. Evo 4: Arva is a lesser well known company from France. They’ve been around for over 30 years but until recently were a bit more of an obscure brand in North America. Now however they’re starting to become more common and more easily available to us.

The Evo 4 is Arva’s most affordable transceiver. It’s a triple antenna digital only unit, with multiple signal suppression. It has the usual features like group check and multiple burial indication. It has a unique feature which wasn’t terribly well received though; the transceiver turns on when it’s clipped into its harness (similar to the old school Ortovox M2) and turns off when unclipped. So you won’t forget to turn your transceiver on, but because it turns off when you remove it from the harness it can’t be held low to the snow surface for your fine search. Arva has sinced released an aftermarket chest harness that resolves this problem. The Evo 5 is Arva’s lightweight transceiver close in weight to the Pieps Micro. It has upgradeable software which the Evo 4 does not, and better range than the 4. Three antenna digital only, multiple signal suppression and auto revert to send. And it looks like a spaceship. This is Arva’s answer to the Barryvox S. Similar user interface, with analog mode, customizable settings, and up and down buttons allow you to scroll through transceivers. It has better range than the Evo 5, 70m search strips in digital and 80m in analog. A note regarding the search strip width and range claimed by all of the transceivers on this list, it is always less than what they specify. It’s better to assume a shorter range so you don’t end up at the bottom of a slope without having picked up any signals. Moving back to the Neo.  The Neo Pro has a user friendly interface and all the features of a high end transceiver. It’s only downside is being a bit heavy compared to…every other transceiver on this list.

There are a bunch of other fairly common transceivers from previous years that I didn’t cover, but to keep this from turning into a university thesis I stuck with the newest offerings from all the companies. There are a ton of options and many of them are more or less the exact same transceiver. As stated at the beginning, the best transceiver is the one you know how to use competently. It’s up to you to determine which one is for you, maybe there’s a specific feature that’s important to you like having an analog function. That helps you narrow down your options. Hopefully this was helpful, and hopefully you don’t ever have to use your transceiver for anything more than practice.