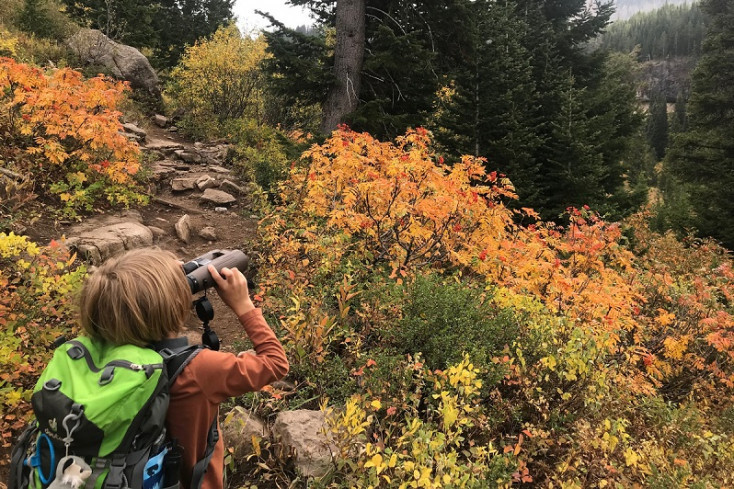 Every badass movie has at least one shot of the hero watching the encroaching horde through a pair of binoculars, and at least half of those hero shots look like they’re rocking the Bushnell Forge. With its sleek profile, rugged outer, waterproof construction, a coating made specially for lowlight and a binoc body harness, these glasses are made for the backcountry adventurer charging towards the horizon who can’t worry about taking it easy.

The first thing you notice about the Bushnell Forge, and specifically the 10×42, is a case that feels like you could throw it into a rocky mud puddle and it’d come out golden. Which is in fact the case here. They’re wrapped in what Bushnell calls rubber armor and I call “I dropped it on a jagged rock and it was unharmed” wrap. Their Ultra-Wide Band Coating delivers clear images even in low light, and when combined with DiElectric and PC-3 phase coatings which kick up contrast and resolution you’ve got glasses that deliver the crispest, most accurate views even on a cloudy day, even when the sun’s hidden by the mountains. Add the EXO protective lens coating (protecting the lens from dust, water, scratching) and you’ve got a tank in binocular form ready for whatever you’ve got in mind and in whatever conditions. And the harness it comes with replaces that old-fashioned neck cord other binoculars have that swings around and leaves marks on your neck.

Rubber attachments for the lens covers can be problematic, especially for the ones on the wider end that are built in. Mike had taken it out a few times and ended up accidentally ripping out the rubber connection bracket. It would be a good move in the future for Bushnell to replace this with a tougher plastic or metal bracket to keep it from ripping out when pulling it out of your pack. Though you can buy replacement lens covers. The real question is how does it perform.

I recently took a Fall hike to the Wind Cave in the Tetons. There was a call for bad weather. But the colors were insane. It started off with my son and I making our way up the trail to the first great vantage point. We took turns staring at the big cave, and then made our way down the cliff to see the other caves along the line, to try and find the other end of it, the Ice Cave. A good test of binoculars I’ve found is if my 7-year-old can figure out how to look through it and see what I’d seen. He was able to pan down and find what I’d been pointing out. I took it up to the cave – again, with the harness it travels easily. In the cave, with water dripping from the entrance, and then below walking through the heavier waterfall I was worried about the lens. Even accidentally drenched it.

Then, just as we got our tent set up, the skies opened. Rain into hail. An epic fall thunderstorm. And for the rest of our camp, everything was a bit soggy. Yet the binoculars still performed glowingly – none of that fog on the lenses, nothing obscuring the view.

A week later, I was out in the AM hunting grouse, again in a drizzly, rough fall day. The rain seemed to hardly touch the lenses. It was nothing short of groundbreaking.

Compared to my other binoculars, these were heartier, clearer, and traveled much better. And with Bushnell’s strong reputation, I know they’ll last forever, regardless whatever crazy conditions I drag them out in. Plus I love this harness strapping over my back instead of my neck. Amazing glasses, unbeatable by any other 10×42’s I’ve ever had.

The Bushnell Forge ($499.99) is made for any and all dirty, wet, rowdy adventures where you’re looking for that epic view or trying to capture those details the eyes miss.