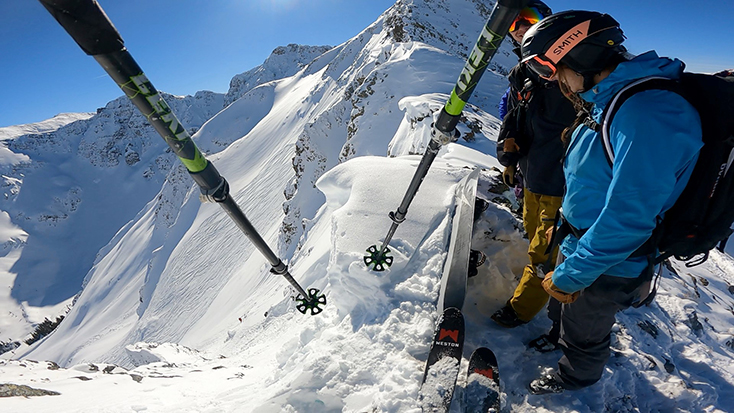 The newest action camera from GoPro, the Hero 9, adds some great new tech to their line. 5K video and 20-megapixel stills are a great start. The capability to grab 14.7-megapixel images from said 5K video makes this camera a standout in allowing you to capture fun, high quality
videos and stills with ease.

Things I’m not a fan of:

Gopro’s new 23.6-megapixel sensor allows for a major increase in picture quality when captured in 5K. Although the 5k is limited to 30 frames per second (as opposed to 4K having 60 fps…), the increased number of pixels allows you to crop and still maintain 4K quality. Being able to grab high quality stills directly from video also adds a massive plus when you’re trying not to miss any action. I’ve primarily been using the Hero 9 in video mode and drawing stills from it as it’s better to get the image in 14.7-megapixel JPG than miss the shot entirely. The downfall of the 5K video is that most devices don’t yet support the editing and streaming of such high quality video.

The full color front screen is another addition which is very helpful for seeing where your camera is pointed with a quick look. Whether setting up a photo of you and the compadres with the timer, using the pole attachment for video of you shredding a great powder line, or just not having to ask, “Is this thing on?” anymore, the screen allows for lots of ease of use. While I have yet to be able to test the camera in extreme cold, the battery life is noticeably longer than past models. It has not died on me yet in half days of skiing, and is advertised to record for over 2 hours before needing a charge. So, like with all action cameras, you’ll need an extra battery to make it through an entire day of shooting. Sadly, older model GoPro’s batteries do not work with the Hero 9.

Many have complained about past GoPro models having a non-replaceable lens/cover, that once scratched was, well, scratched. The new version has a removable lens cover (replaceable for $20 here: HERO9 Black Camera Lens Replacement Cover ). Keeping up with the competition in the 360 degree camera game, the Max lens mod ($100, HERO9 Black Max Lens Mod, sold separately), expands the field of view to 155 degrees. That’s a lot of degrees of extra field of view!

Okay, I’ll wrap this up with what I think is my favorite new addition: HyperSmooth 3.0. I recently skied at Silverton Mountain in southern Colorado. It’s a jagged, steep, powder filled playground with a LOT of rowdy skiing. The GoPro Hero 9 ($399.99) met the challenge of smoothly recording a great day of skiing challenging terrain! Our first run was a drop into a no-fall zone called Rope Dee Dope 2, a short, rock lined couloir with mandatory jump turns in the entrance. The video footage makes it look a lot smoother than it was!