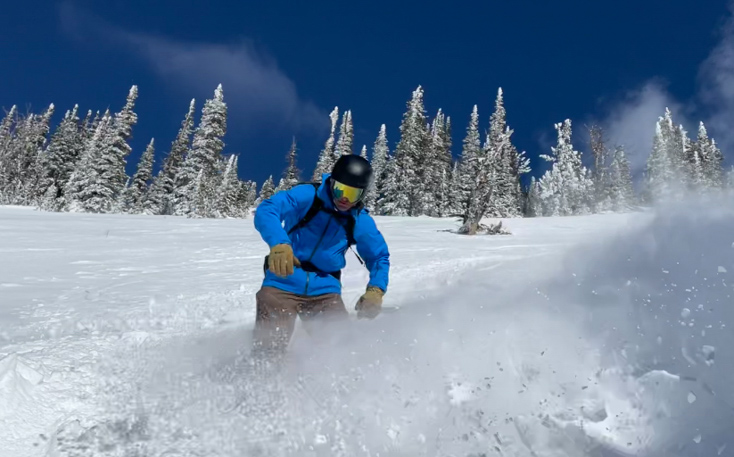 Patagonia was founded on the endless pursuit of open uncharted adventure, and in the Patagonia Untracked Jacket they’ve built a fuselage to protect you on all your missions into the mountains. With a long history as one of the greatest outdoor companies on the planet, it just makes sense that their new Untracked Jacket would be one of the best shells I’ve ever reviewed. And it’s a sure thing if you’re looking to complete your kit with a core-cover that can only be described as the top of the top.

As one of Patagonia’s top of the line pieces of clothing, the outer on the Untracked is its GORE-TEX 3-layer with a 70D face fabric made of 92% recycled nylon and 8% spandex. The fully-sealed seams make sure that even with all of its flex, the craziest elements still can’t get in through the standard jacket weakness, where the pieces come together.

Then add in all the other great features on the Patagonia Untracked Jacket and it’s a real backcountry miracle. To start off, there are huge pit zips that deliver some serious ventilation when it’s needed. The two exterior hip sockets go on for days, letting you pack in everything you need on your biggest backcountry adventures – think bars, liner gloves, energy dummies, and then some. The chest pocket’s big enough for glasses, a hat, headlamp, you get the drill. Plus there’s a nice internal chest pocket for your phone to snap those FOMO-inducing pics of your next untracked exploration, and finally the goggle cargo-pocket completes a shell that can only be described as storage for days. Luckily it works just as well as promised.

This has been a crazy winter in the Tetons. It opened up with a few weeks of heavy snow. Then jumped back and forth between bright sun and frigid temps, all along scouring the peaks with high winds.

I started off testing the Patagonia Untracked on some classic wet-snow-filled resort days, the kind that tend to freeze a person on the chair. The soft inner backer added to my mid-layer to keep me extra toasty, and the fact that it extends up the back of the neck and through the hood ensures all the gaps are closed up. I felt cocooned as the storm raged outside over the dust on crust. The articulation is the kind of thing people dream of, rare as a unicorn on a waterproof breathable shell.

A couple days later I wore the Men’s Untracked Jacket on a tour in bluebird, unseasonably hot weather, never over-heating though. So far I’ve scraped it on some serious rocks in the thin snowpack without so much as a mark (on the jacket or me), took a friend on a tour when she remarked how amazed she was that I wasn’t even sweating with the shell on the whole time, and wore it on a cold tour ended with a little relaxation by a creek where almost any other jacket would’ve left me cold.

I’ve counted the ability to store 6 bars, 3 packets of honey stingers, and a Gu in each side pocket. The helmet compatible hood fits over my massive domed head with ease. But the backer – man, that’s really where the magic happens. Despite the vibranium-heavy outer, the inside feels like the soft fuzz on a flower petal with it’s soft flannel backer for added warmth. Yeah, the Untracked is that kind of all-needs-fulfilled bit of outdoor magic.

The Patagonia Untracked Jacket: Vibranium-hard on the outside, soft on the inside

In the Untracked, Patagonia has created a one-jacket-fits-all solution for any type of snow exploration. Blending an unyielding armor with a comfort and fit nearly unheard of in GORE-TEX shells, there’s really nothing better to get for your chest. Tough on the outside but soft on the inside – why, that sounds just like you, right, we guarantee you are going to love the Patagonia Untracked Jacket ($649.99).