If you’re not wearing a helmet by now, you’re either not charging that hard or you’re an idiot. Yes, they take up space; they’re still stigmatized by some pros as not cool; a lot of them look goofy. Whatever your ego’s reason, get over it. Introducing the POC Auric Cut Backcountry Spin Helmet.

Which helmet do you pick? There are endless selections from so many brands it can get a bit overwhelming. But our team here at Mountain Weekly News got the opportunity to check out a bunch, including the POC Auric Cut Backcountry SPIN helmet, and when it comes to style, tech specs, company and comfortability, the search is over. The Poc Spon is the best helmet out there for what we — and, we’d imagine, what you — do on ski and snowboard in the backcountry. 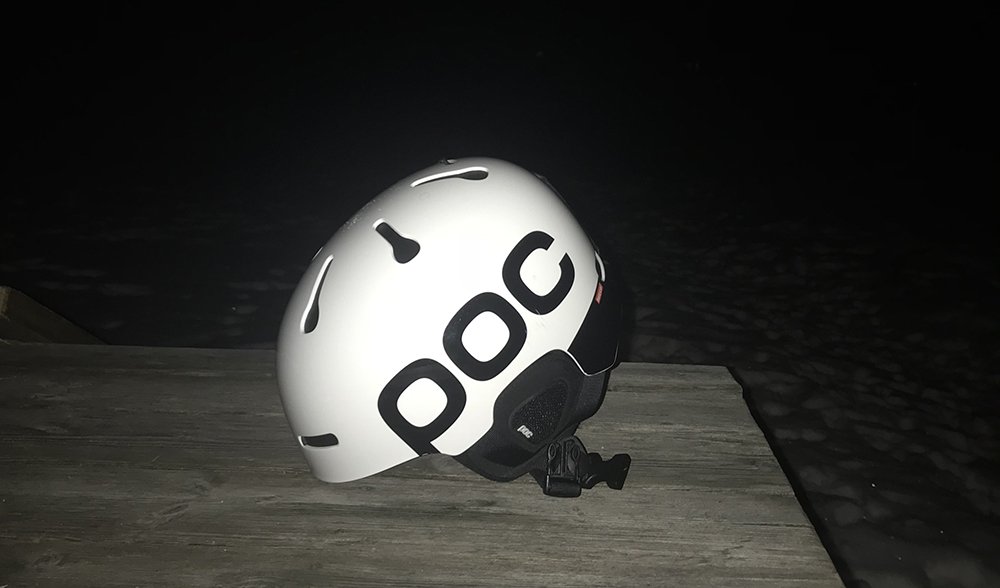 How do these brainy Swedes make a helmet that keeps your brain encased? Start with a bomber ABS shell and go from there. Put in a multi-impact EPP liner that keeps its shape so you don’t make your helmet go flat after one big crash. Get nall revolutionary with (patent-pending) SPIN Helmet technology that allows special pads to better distribute oblique impact. 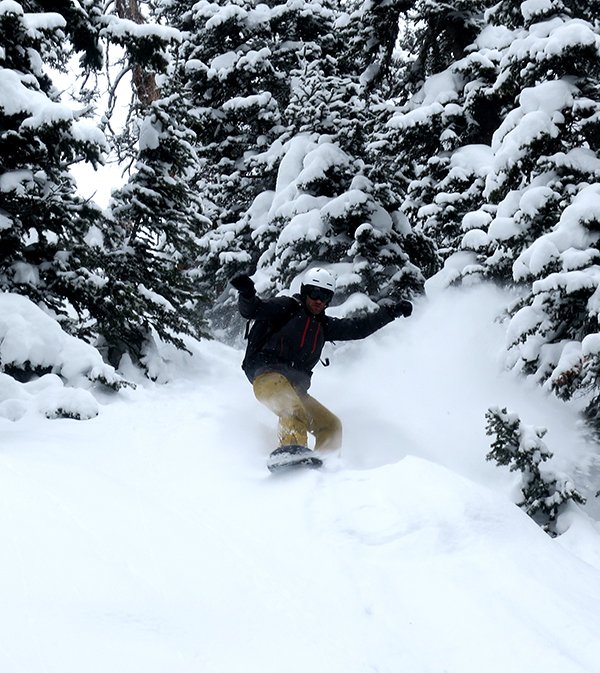 Add in the Recco reflector in case, you know, you get lost in the backcountry or need to be evacuated and you have cutting edge safety sitting snug on your shoulders.

So now you wonder, what, how does it sit on your shoulders?

I’ve worn this both during quick downhill tours and all-day resort riding. The EPP liner is not only softer than other liners but holds its shape better than the standard pads I’m used to with other brands. I have one old helmet with big cushy pillows that have packed out, turning into that old pillow on your ratty couch that doesn’t cushion a damn thing. Not POC’s EPP liner. 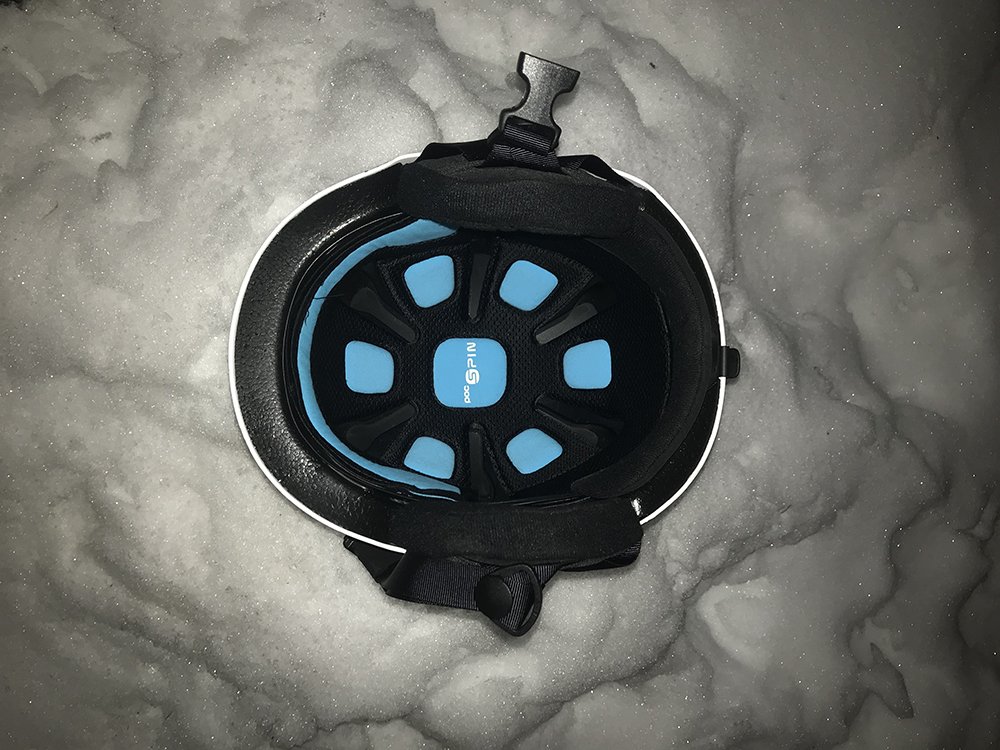 I love removable ear flaps for spring riding when covered ears just get sweaty and itchy. Apparently so does POC.

The size adjuster on the back of the helmet has me dialed in with a Medium-Large — it should be noted that I was an XL in an Anon helmet — with a snug but not painfully tight fit. I was able to flip the ventilators open booting a couloir and it let in just enough wind on the way down to cool but not chill me. Let me add that I am, in fact, very bald.

Finally, you gotta love the style. Some people complain about the massive “POC” emblazoned across the side but I think it’s just the helmet-makers showing pride for their creation. Or maybe they want the world to know they’re passionate about rights for People Of Color. Either way, I like how it has skate styling reminiscent of companies like Pro-Tec, Triple 8, all the cousins of snowboarding (vs. other helmets that take their style from ski helmet companies who seem to want to make some uber crenellated hyperaerodynamic distance biking serious guy dome-covers). 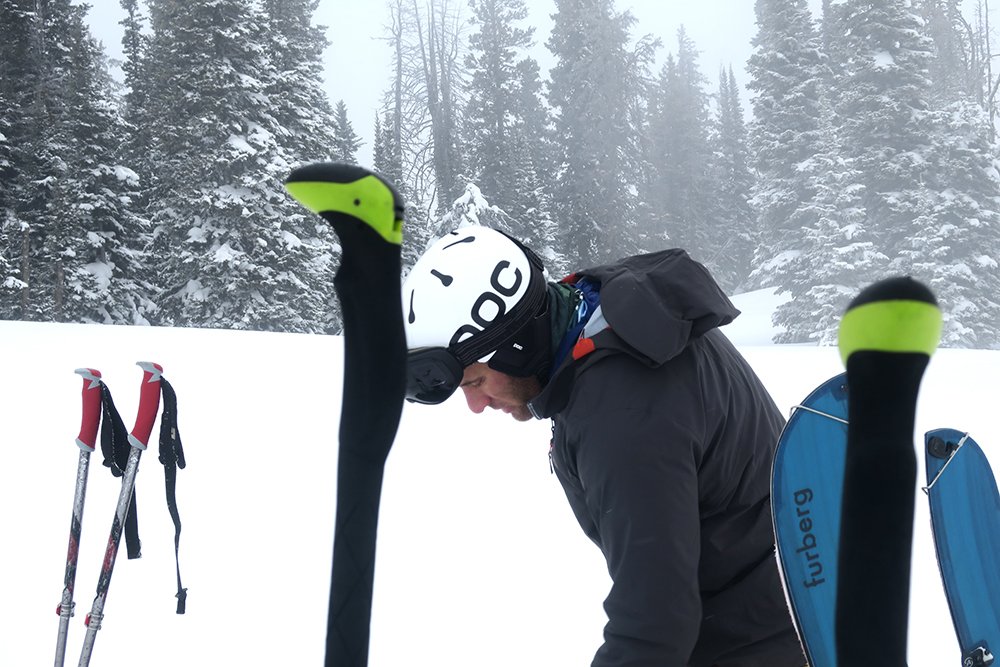 Which you should do. So goddammit listen to your mom and those nerds in the white coats and wear your helmet. And since you’re now in the market for a helmet, might as well get the best. POC Auric Cut Backcountry SPIN ($219.95).

Be the first to comment on "POC Auric Cut Helmet Review"