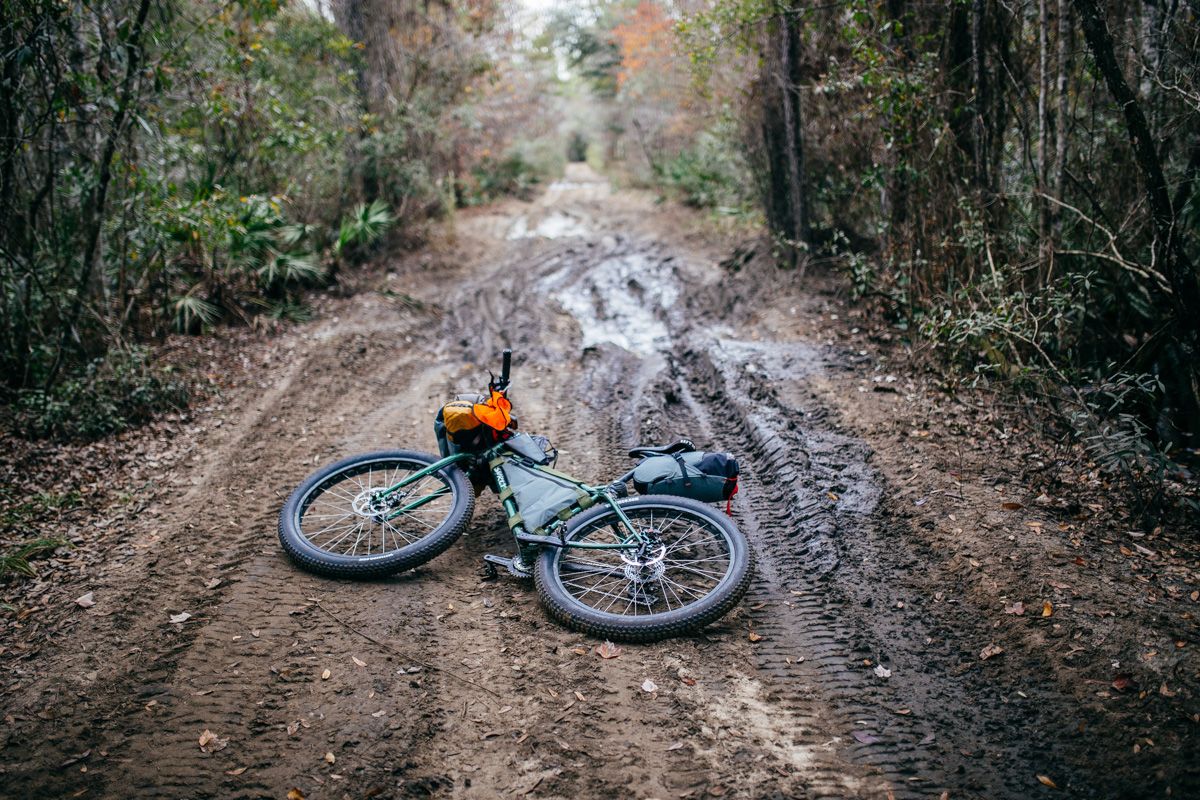 Okay, let’s start with the basics. Riding a muddy trail can absolutely be bad. But why?

1. Mountain Biking Muddy Trails
2. The Crucial Factor: Soil Composition
3. How to Ride a Muddy Trail
4. Use Your Head

It comes down to trail damage. Have you ever ridden a trail in the summer that has super-hard ruts etched an inch or more into the dirt? They’re annoying to ride over, and they were probably created by someone riding through a big mud puddle. 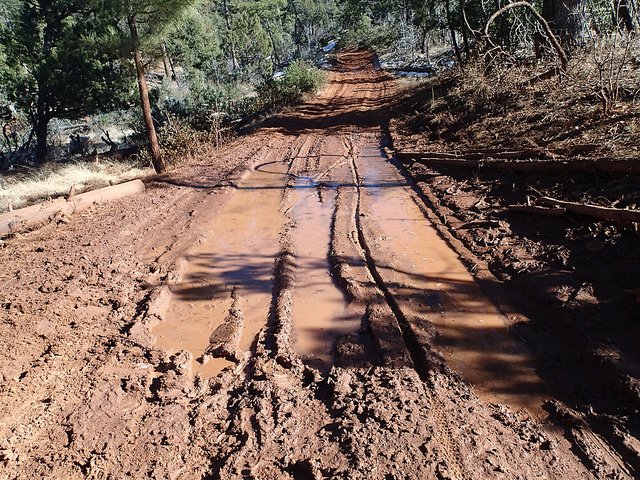 That’s one reason—because it decreases the quality of the trail. Those ridges do get worn down again, but it can take a while.

In some cases, the damage is more severe and will require maintenance on the trail. That means mobilizing volunteers to fix damage caused by irresponsible riders. Which sucks.

Riding at high speeds through muddy sections exacerbates the problem.

And if you ride around a mud puddle instead, you’re widening the trail. Which causes erosion and is even more difficult to fix.

Almost all of these problems can be fixed with good trail maintenance. But wouldn’t you rather have volunteers making new trails, instead of fixing old ones? Mountain Biking does destroy trails without proper care, let’s all do our part to leave little to no impact.

Unfortunately, the short answer is “use your best judgment.” It depends largely on the exact conditions and the trail itself. If you’re not sure whether or not a trail is too muddy to ride, you can use this rule of thumb:

It’s too muddy to ride if mud is sticking to your mtb shoes tires and frame. 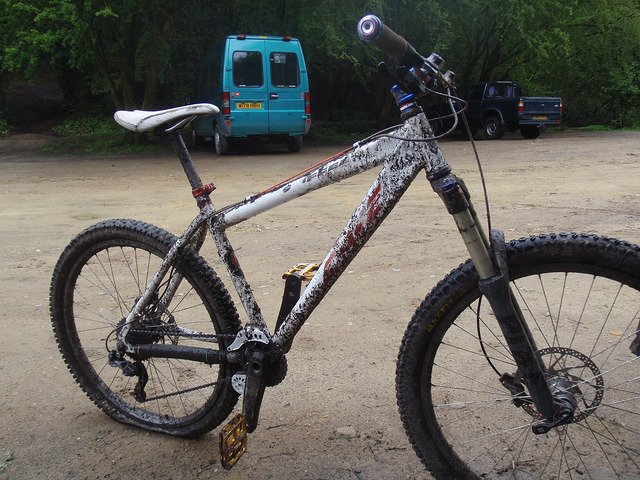 Sometimes a little mud is fine. But if it’s sticky and clogging up the treads on your tires and getting stuck to your frame, it’s too muddy to ride.

One of the most important factors in determining whether it’s a good idea to ride a trail is the soil composition. Sandy soil tends to drain quickly, meaning the trail dries out sooner. Soil that’s made largely of clay is more likely to hold onto water, keeping it muddy longer.

On the Front Range, we have generally sandy soil, which is why there are a few trails that are rideable all winter long. Some places have a slightly higher clay concentration, and even specific parts of trails can retain more water than others.

You don’t need to be an expert on the soil to make the decision. But it’s something to keep in mind when you’re not sure whether you should ride.

How to Ride a Muddy Trail

In general, it’s best to avoid muddy trails. But that’s not always going to be easy. Sometimes you get out on the trail before you realize that it’s a mudfest. Other times you know it’s going to be a little muddy and it ends up being much worse.

No matter the reason, you’ve found yourself on a muddy trail. What do you do?

Your first priority should be to ride more carefully than usual. If a corner that you usually tear through is muddy, don’t ride it at full speed. Muddy corners are not only especially easy to damage, but they can also be really slippery. 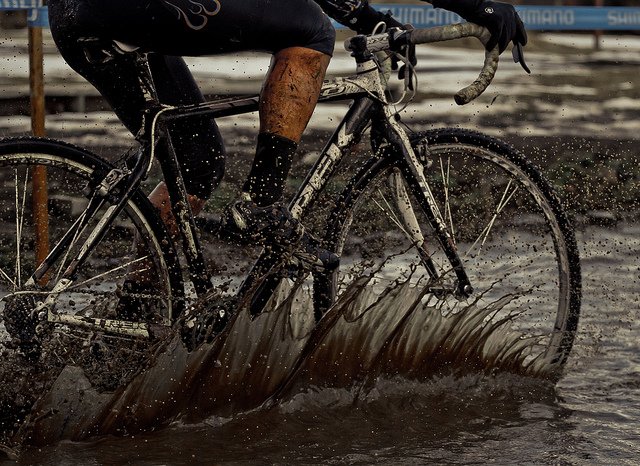 Image credit: Lisa Picard via flickr (unless you’re in a cyclocross race, don’t do this).

Similarly, when you come across a puddle of water that’s collected on the trail and formed a mud puddle, don’t go flying through. And even more importantly, don’t go around it. You should ride through the mud instead of widening the trail, which is much more difficult to repair than just filling in a hole.

And by slowing down, you’re less likely to create a big rut in the trail.

If a trail is really muddy, it’s everyone’s best interest that you call it a day and turn around. But if you decide to keep riding, it’s important to take it slow and do whatever you can to not damage the trail.

In the end, most of muddy trail etiquette comes down to common sense. If it’s really muddy, don’t ride your bike on it. If you have to, ride slowly and carefully. You’ll also want to use the right gear, including a solid fender like the SKS X-Blade and a good mud-shedding tire like the Schwalbe Nobby Nic (which was very popular in England when I was riding the mud there).

Be the first to comment on "Mountain Biking Mud Trail Etiquette"