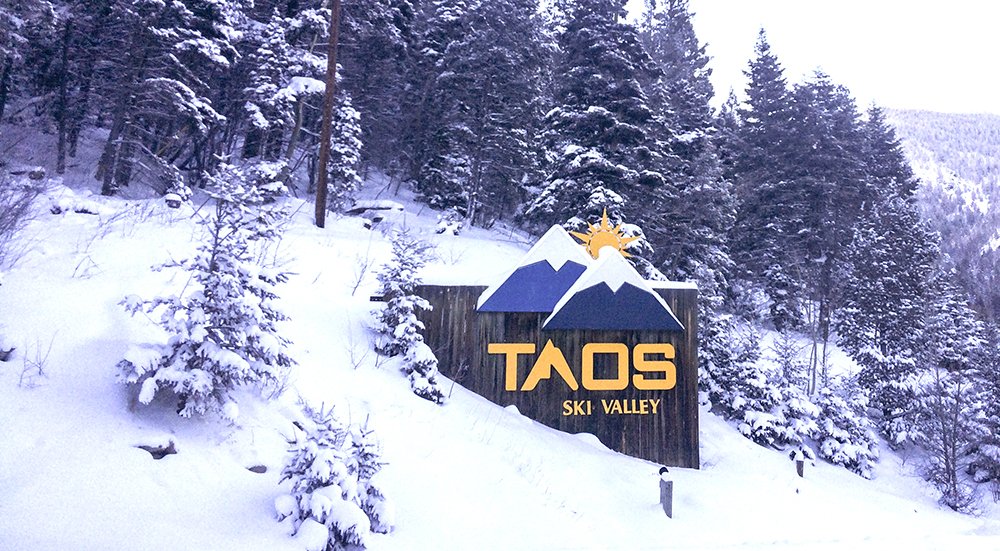 Skiers and Snowboarders still take their morning tokes on the lifts and the lift line waits top out at about 5 minutes if it happens to be a particularly epic day.  The most noticeable changes come to the base and lift services, which actually give the mountain a more complete feel.  You can ride a gondola from the children’s Center and Ski School, still one of the best ski schools in the country, to the base.  It is only a short walk, up some stairs, to lift 1 and the newly designed resort center.  Here, you will find the newly built Blake Hotel and a renovated set of buildings and restaurants featuring the Taos Ski Shop, a Welcome Center, the best coffee on the mountain at Black Diamond Espresso, and gourmet après-ski dining at the 192 at the Blake.  A small detail, but one that shows the thoughtfulness that has gone into the resort, is a new brick walking surface that is heated and prevents snow and ice build-up as you walk around.  There are also two fire pits equipped with chairs to allow anyone to lounge and people watch while still experiencing Taos.

There are also more long-term plans for improving the on mountain skier experience.  In addition to the Kachina Peak lift, one of the highest lifts in North America at 12,481 feet, the new owner has plans to put in a high-speed quad lift at the base, which is much needed to decrease life ride times.  As snow sports enthusiasts will know, La Niña has not been kind to the Southwest ski areas, but luckily the new ownership expanded snowmaking capabilities.  This has saved the mountain this season, which claims a 20-inch base right now, in early February. However, there is still enough terrain open to have a fun time with the family or learn a new snow sport.  Over winter break I was able to fine-tune my telemarking turns, while also teaching my father to snowboard.  The weather is nice, and Taos still has the pristine Rocky Mountain views. 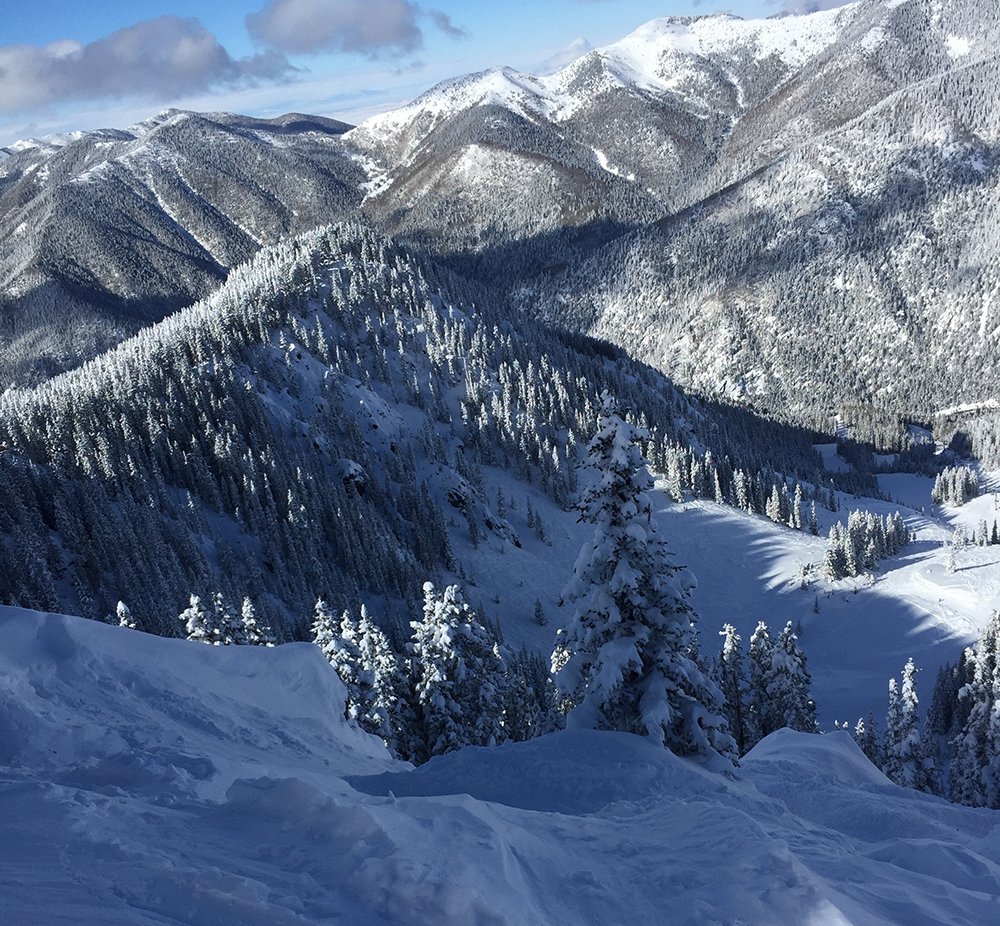 Aside from the Taos Ski Valley improvements, the Town is enjoying flourishing new restaurants and breweries to provide a nice après-ski experience. There is the newly purchased Aceq restaurant by Wisconsin transplant to Taos, Michael Wagener.  He is a shredder on the mountain and a hardcore biker, yet Aceq has a nice local aesthetic, using as many local ingredients as possible.  My neighbor claims that every vegetable has a story at Aceq, and this makes it a great dinner sport in charming Arroyo Seco.  Michael just purchased the Taos fine dining restaurant El Meze and has renamed it Salt and Wine. The preview of the menu certainly looks good.

If you are a beer drinker Taos has you covered as well.  There is the Taos Ale House located near the historic Taos Plaza.  With its locally brewed beer, solid green chili cheeseburgers, pool table and TV’s it is a nice spot to go with friends.  Similar to the Ale House is the Taos Mesa Brew Pub at the Plaza.  They have a plethora of local brews, a pool table and excellent wood-fired pizza and a much larger space than the Ale House.  However, for a real Taos experience head out to the Taos Mesa Brewery Mothership.  Located out by the famous Rio Grande George Bridge (Filmed and seen in The Terminator), featuring picturesque sunsets is the original Taos Mesa Brew Pub.  They host many events and great music of all genres, while also being home to the Taos radio station KNCE 93.5.  If your timing is right there may be some impromptu playwriting competition or a burlesque dance show. Also, the location is near the Earthship visitor center designed by Mike Reynolds.  The Earth Ships are worth the drive to see, especially for viewing and experiencing a truly unique Taos architectural landmark. And there will always be decent food and great beer back at the Brewery (Try the Great Scot Ale).

For all the new changes occurring in Taos, there is justified resistance to the new owner and building projects for reasons that deserve to be mentioned when discussing “The New Taos.”  After all, there is rarely such a thing as perfect change without the slightest controversy.  Beginning on the mountain the Taos Ski Patrol tried to unionize for better pay and more benefits, but unfortunately, they didn’t get the required votes and some senior members of the Patrol left the Ski Valley.  Also, there was a rumor of a cultural clash with the Taos Pueblo after an ancient spearhead was found on the ridge of the Ski Valley and not returned to the Pueblo but instead displayed in the Blake Hotel lobby.  To top the list the Ski Valley was accused of depositing diesel contaminated dirt far off from the Town of Taos on the mesa beyond the Gorge Bridge.  For a Ski Valley, which is solely dependent on nature’s gifts, it is contradictory to pollute the land away from where its money is made in an irresponsible manner, especially when they have pledged to spend around 300 million dollars to improve the resort over the next 10 years. 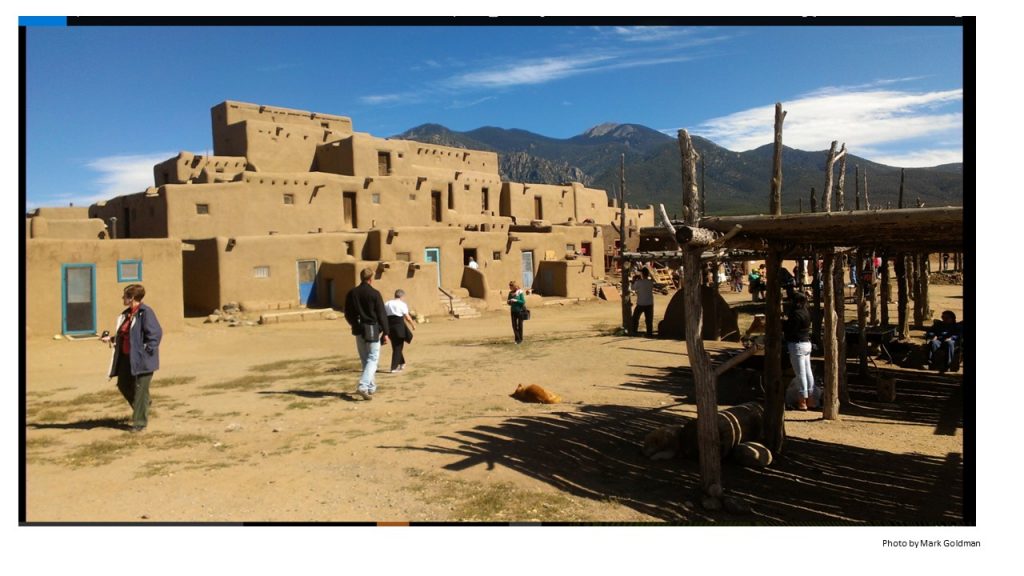 Yet, what was nice to see, which epitomizes the uniqueness of Taos, was hearing two natives of the Taos Pueblo claim the latest snowstorm as their own doing from the snow dance they performed at the Ski Valley.  This is a tradition that the founder and original owner of the Ski Valley, Ernie Blake, did to elicit snowstorms.  He would have the Taos Pueblo perform a snow dance at the Ski Valley base.  Having this tradition continued through new ownership removed from Ernie’s bloodline is inspiring. What makes the Taos Ski Valley so special is the true culture of Taos, from the dedicated UNESCO Heritage site, the Taos Pueblo, to the artists who call the Taos Valley their home.  When traditions continue through the economic changes, it is a sign that obstacles can be overcome and The New Taos will become an even more complete ski area in years to come, especially when the snow starts falling.