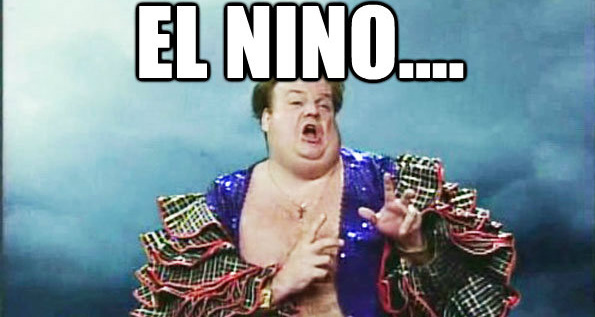 Time to put in your 30-day notice and head south in search of untracked pow as this winters jet streams will be pushing farther down south than usual. If I was a betting man (which I am) and I cared about snow more than anything else in my life then I would bet on the following resorts to have an epic winter thanks to El Niño Snow!! Some of the best lift access backcountry runs in North America can be found less than 45 minutes from downtown Los Angeles. During epic snow events, it’s not unheard of to ski or ride 3,500 vertical feet of backcountry terrain from the top of the Mt Baldy Ski Resort to Icehouse Canyon. Runs face multiple directions Located 14 miles outside of Flagstaff, Arizona Snowbowl picked up 316” during 97/98 El Nino, Owned and operated by the Mescalero Apache Tribe. New Mexico’s only Gondola. Gambling nearby. Early reports coming from the Pacific Northwest have looked favorable for snow which is surprising as that’s the last place I would ever recommend heading for pow during an El Niño winter. Typically El Niño in the northwest equates to warm temperatures. However, now the weather geeks are starting to shift focus towards La Nina which will follow in the next 9 months. Confused? You should be.

But back to the NW they have been getting nuked on as of late, the Mt. Baker Ski Area even opened yesterday on November 19, 2015. This is great news for all the hard cores living out in Glacier and Maple Falls that were absolutely skunked last season. However only time will tell how the remainder of their season plays out. Knows how to party.. (I couldn’t resist) According to Kelly Redmond the deputy director and regional climatologist for the Western Regional Climate Center at the Desert Research Institute in Reno. “The Lake Tahoe Basin, on the California-Nevada border, will almost assuredly get more precipitation than it did last winter”… however, there is little to suggest that a big El Niño will produce more snow”. Redmond instead, thinks this season storms will likely produce precipitation in extreme events.

Is climate change really happening? Well, it seems places like Lake Tahoe are getting warmer. The weather models are showing it will once again be a warm winter, not as warm as last year though. Either way words like warm and winter should never be uttered in the same sentence. Keep in mind snow only forms when temperatures hit freezing or below, so if Tahoe sees moisture but temps fail to drop down below freezing you may find a bunch of unhappy campers at Squaw Valley and resorts across the lake. That is unless you prefer skiing in the rain, Northwest style.

All this being said, Tahoe resorts opened last week and some were full-on powder days. Even Mammoth looked good as you headed south. Another hidden gem that I talked about last season is Mt. Baldy located 45 minutes from downtown LA. Every 10 to 20 years or so this place becomes magically legendary and heavily all at once. Being able to rip big mountain pow lines for 3,000+ vert and then catch evening glass off is one of the (possibly Only) benefits to living in So Cal. This is the place to be, hands down. One of my friends actually just pulled the trigger and moved to Taos for the season. (Robbie – V if you’re reading this, you are going to have the best winter on record!!) As you can see from the NOAA weather maps below the southern Rockies look to be cold and wet with plenty of moisture flowing out of the Pacific from now until February and the extended models are showing the same.

In fact, we may not really see the real effects of this season’s El Niño until March and April of 2016. This will be a winter that hangs around for a while if you enjoy spring you may want to book a surf trip. Otherwise, places like Silverton and Durango should offer great ski touring and splitboard opportunities late into the season. Last winter the Tetons were going off until around late Feb. Exceptionally warm temperatures allowed Jackson Hole to have one of the driest March on record in the past 49 years. After 3 months of nonstop pow riding on Teton Pass things changed quickly. March saw the third-lowest snowfall in Rendezvous Bowl in 49 seasons.

Not into lift lines? Grand Targhee Resort would be a solid choice for finding deep snow this winter. Targhee is opening up today, with fresh snow, no lift lines, and just a fun vibe all around. You won’t find people here fighting in the Tram Line, in the Trap bar perhaps but that’s your fault if you hang out in bars. All kidding aside Grand Targhee is an often overlooked little sister or big brother to that other resort on the other side of the Tetons. You know the one called Snow King Mountain.

And if you really want to find some pow, we’re willing to bet if you head farther up North, like into Canada eh you may just find some deep, light density blower pow on the higher elevation Northern Aspects. Please like Stellar Heli will at some point turn on this season. It’s much closer than AK and you can get just as rad!